Preview: Mystics look to right the ship against the surging Aces 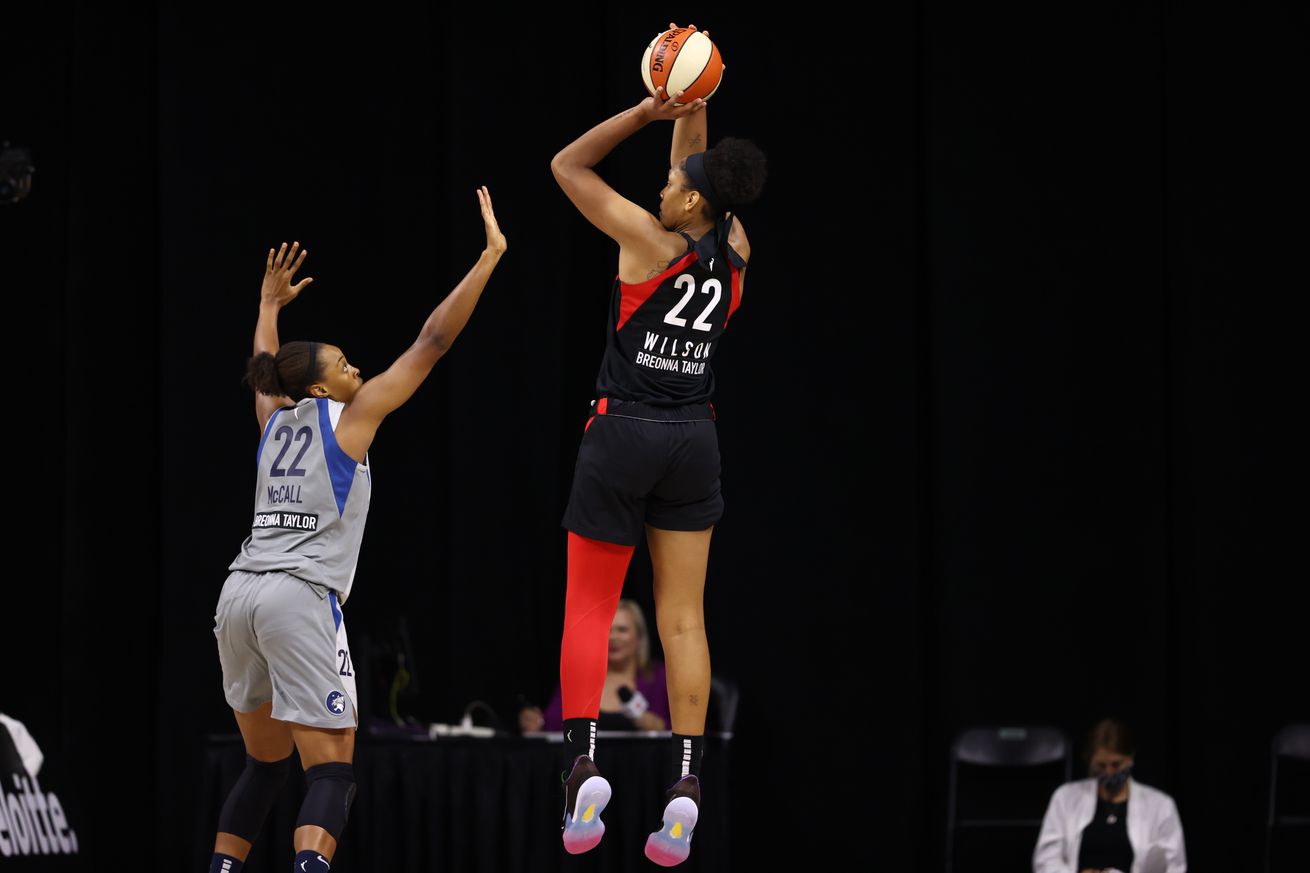 A’ja Wilson has been playing MVP-like basketball to start the season. | Photo by Ned Dishman/NBAE via Getty Images

The Las Vegas Aces and Washington Mystics are headed in opposite directions: Las Vegas has won six straight games, while Washington has lost six in a row. The two teams meet on Saturday.

The Aces have proven to be outstanding during their winning streak, shooting 48.3 percent from the floor while holding their opponents to 42.6 percent in overall shooting — second in the league. Super sub Dearica Hamby has continued to be outstanding this season, averaging 11.7 points and 7.1 rebounds, Additionally, Jackie Young has proven to be another threat off the bench with 10.0 points, 4.0 rebounds and 2.2 assists on the season.

The Mystics looked like a team that had not missed a step, even with the changes within the roster, winning their first three games of the season. Once the calendar turned to August, the Mystics’ loss of talent started to show up on the court. Over their six-game losing stint, the Mystics have shot 38.6 percent from the floor, averaging 70.8 points. The Mystics’ defensive performance has been average — sixth best defensive rating — but such a subpar offensive output has left them searching for answers.

The Los Angeles Sparks have won their last three games and have not lost to sub-.500 teams while the Indiana Fever are coming off a win and have only one win against teams over .500. The Sparks beat the Fever earlier in the season in convincing fashion, 86-75.

The Minnesota Lynx dropped their last game to the Aces as Sylvia Fowles left in the first quarter with an injury; Fowles will miss today’s game as well. The Lynx have been well-coached, using a stout defense to make up for an offense that has exceeded 85 points just twice on the year. The Liberty have struggled all over the floor and have won just one of their first nine games.

The Liberty are last in net rating — 14.4 — with decidedly the worst offense in the league. The Lynx’ defense, which boasts an opposing field goal percentage of 43.8 and surrenders 76.3 points per game, has kept them above water, as they score just 78.8 points on offense. Even without Fowles, the Lynx have a severe edge over the Liberty.

Key to the matchup: A’ja Wilson has been unmatched to start the season, leading the league in scoring with 21.2 points. Wilson combined with the previously mentioned bench support will be hard to handle, especially with Aerial Powers still out for the Mystics.

Key to the matchup: The Sparks suffocated the Fever in their last matchup, as Indiana shot just 41.3 percent in the loss. The Sparks’ bench outscored the Fever’s bench 32-10, which was the difference maker in an otherwise close game statistically. The Fever will need to figure out a way to stifle the Sparks’ offense if they want to get some revenge.

Key to the matchup: The Lynx were without Fowles and Shenise Johnson in their 92-66 victory over the Liberty earlier in the season. Napheesa Collier and Amanda Zahui B. will be a matchup to watch in this one, along with Crystal Dangerfield and Layshia Clarendon as the two main ball handlers for their clubs.