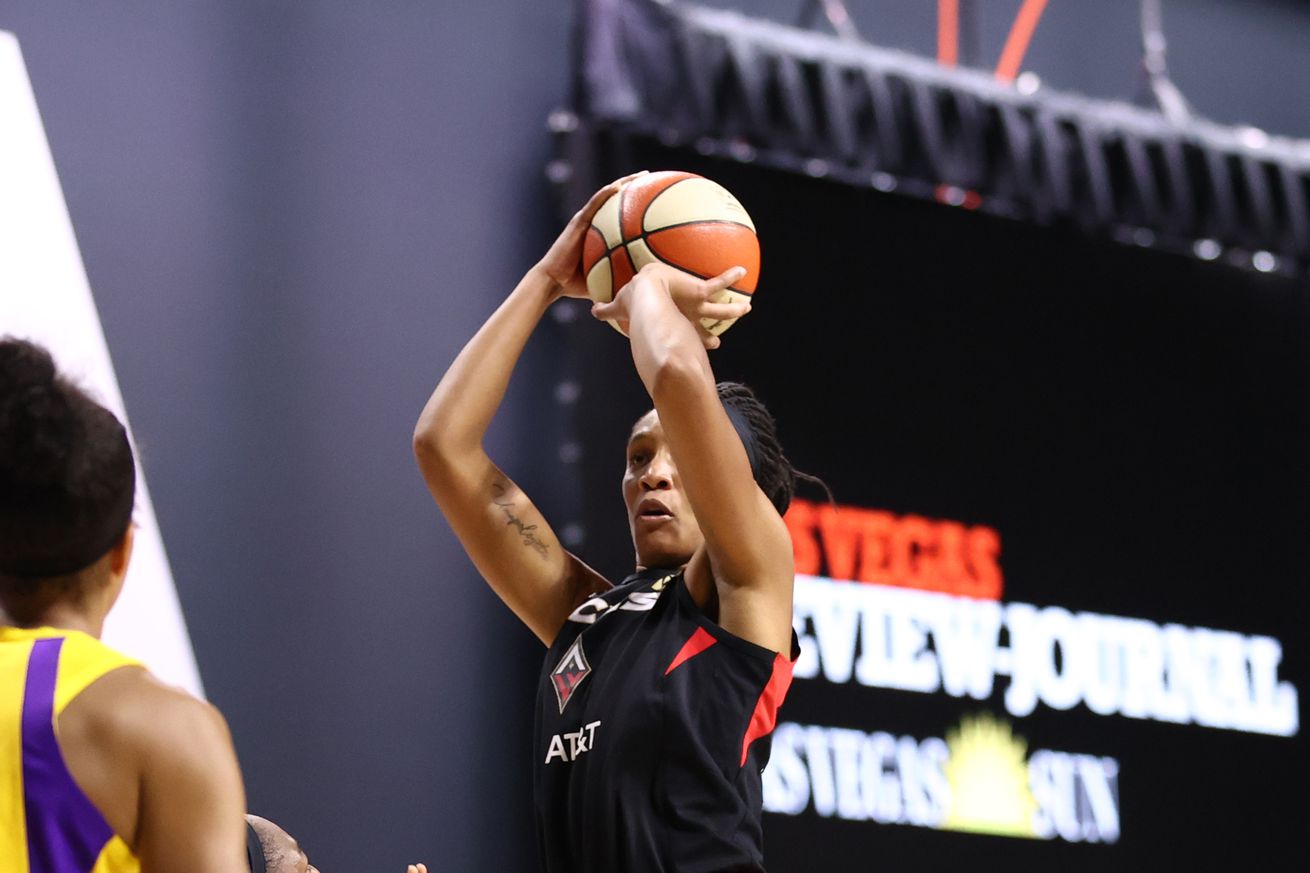 A’ja Wilson has become the front-runner for the WNBA MVP award. | Photo by Ned Dishman/NBAE via Getty Images

The Seattle Storm and Las Vegas Aces are already locked in for the WNBA Semifinals as they are set to finish with the two best regular-season records. Under normal conditions, their regular-season finale at 3 p.m. ET today would determine home court advantage should they face each other in the WNBA Finals.

Home court advantage may not be a factor this season in the Bradenton, Florida bubble, but this matchup could serve as a preview of the championship series. The Aces beat the Storm convincingly on Aug. 22. It will be interesting to see how this game goes down and who is available for Seattle.

In their last game, the Storm routed the Phoenix Mercury without the services of Breanna Stewart and Sue Bird. But if the Storm go without their dynamic duo in today’s game, the highly-talented Aces could win quite easily.

Aside from which team finishes first, the MVP award is likely on the line today. It could be swung in the direction of today’s winner. And if Stewart is unable to play, A’ja Wilson might become the de facto winner having arguably knocked off Candace Parker with the Aces’ win over the Los Angeles Sparks on Saturday.

The Wings need a win and a Mystics loss in order to secure the No. 8 seed. Meanwhile, it has been a long season for the Liberty and they are playing the second game of a back-to-back.

The Liberty were soundly beaten by the Mystics on Saturday, mostly due to the fact that the Mystics generated 18 more shots from the floor. The Wings beat the Liberty in the second game of the season when No. 1 overall draft pick Sabrina Ionescu was still healthy. Ionescu scored 33 points in the July 29th loss.

The Wings’ Arike Ogunbowale leads the WNBA in scoring and will be put a lot of stress on a Liberty defense that has struggled all year.

The Mystics likely need a win to make the playoffs as the Wings own the head-to-head tiebreaker and are favored to defeat the Liberty. The Dream were eliminated with the Mystics’ win over the Liberty on Saturday.

The Mystics already have a win against the Dream (Aug. 19) and the main advantage they have over them is a better defense. The Mystics allow 81.7 points per game while the Dream allow 87.8. Offensively, the Dream are more of a 2-point reliant team while the Mystics present a more balanced attack. Expect this game to have a lot of intensity given the stakes if the Wings beat the Liberty.

Key to the matchup: Arike Ogunbowale can score at will, but New York’s team strategy can be high-reward. Kiah Stokes had a good game with five 3-point shots made in the Liberty’s loss to the Mystics. The Liberty take a lot of shots from beyond the arc and the league will be in a lot of trouble if they start making them with consistency.

Key to the matchup: The Storm’s defense could be in for a long night. Angel McCoughtry and A’ja Wilson have been a great scoring duo all season for the Aces. Seattle’s Natasha Howard, Alysha Clark, and Jewell Loyd will all need to have big impacts regardless of whether or not Stewart and Bird play.

Key to the matchup: Chennedy Carter is the best player on the Dream’s roster. Meanwhile, Washington’s Ariel Atkins has a had career year with highs in scoring and shooting percentage. This game could be high scoring and should have a playoff feel to it.