Preview: Sky-Digg, Mercury must dig deep for shot at the fourth seed 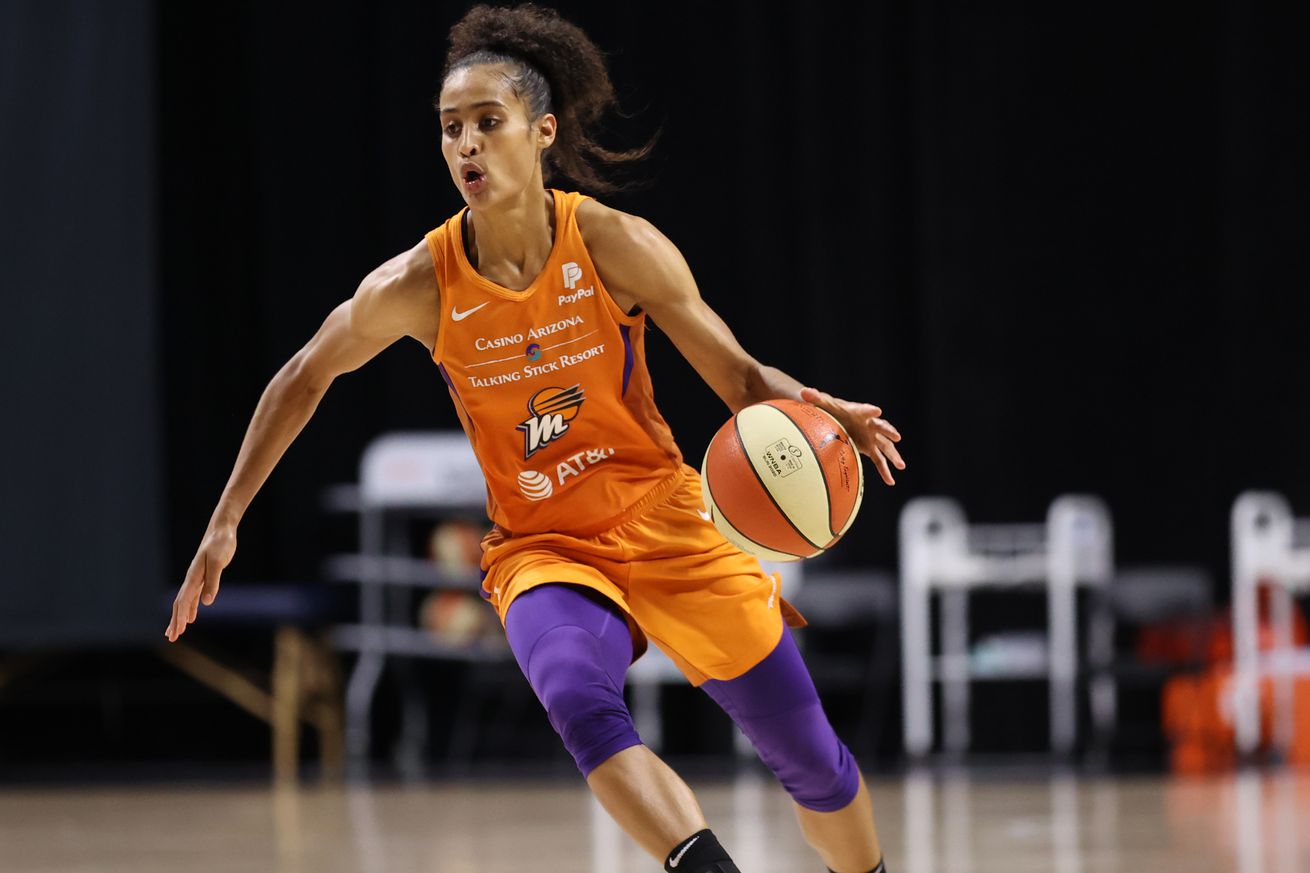 With another clutch performance from Skylar Diggins-Smith, the fourth seed remains in reach for the Mercury. | Photo by Stephen Gosling/NBAE via Getty Images

Playoff spots are on the line in the WNBA on Friday night! Against the Seattle Storm (17-3), the Phoenix Mercury (13-8) aim to remain in contention for an elusive top-four seed. Before that, the Atlanta Dream (6-14) must beat the Connecticut Sun (10-11) to keep their postseason hopes alive. But if the Dallas Wings (7-13) take care of the Chicago Sky (11-10), the Wings can claim the eighth and final playoff spot.

Can the Phoenix Mercury (13-8) maintain some momentum and magic to steal the fourth seed and, more importantly, a first-round bye?

Due to Brittney Griner’s absence and Bria Hartley’s season-ending injury, the already underachieving Mercury seemed sure to sink to the bottom of the playoff standings. Instead, and in spite of additional injury-related absences, the Mercury rallied — winning seven of their last eight games.

Diana Taurasi and Skylar Diggins-Smith have spurred the Mercury’s sprint up the standings, with relentless pick-and-rolls and elite, deep shooting.

In the last eight games, Taurasi has fully weaponized her shot, especially from 3-point range. She is taking 11.6 threes per game, up from a WNBA-high 9.2 threes per contest for the season, and converting her 3-pointers at a nearly 40-percent rate.

Taurasi is also rather unapologetically seeking to draw fouls on her jump shots, using her veteran savvy to get to the free-throw line 6.4 times per game without regularly driving into the paint. Since adopting this invigorated, aggressive and attacking offensive mindset, Taurasi is using 29.1 percent of the Mercury’s offensive possessions — her season-long usage rate is 26.9 percent.

Diggins-Smith also has assumed a greater offensive burden with little drop in her efficiency. Over the past eight games, Diggins-Smith has a usage rate of 28.5 percent and has averaged 23.3 points, compared to season averages of 24.3-percent usage and 18.5 points. Like Taurasi, she also is doing more damage from deep, making 42.3 percent of the 6.5 3-pointers she is taking each game.

And, of course, Sky-Digg did this on Wednesday night.

Seattle’s situation should present Phoenix with an additional advantage in their quest for the fourth seed.

With their Wednesday night win over the Dallas Wings, the Storm clinched a top two playoff seed. Because the bubble nullifies any real home court advantage, the Storm are not incentivized to overextend themselves or risk injury to secure the No. 1 spot. The knee bump Sue Bird suffered on Wednesday night should further encourage Seattle to play it safe. Case in point, Breanna Stewart also is listed as questionable with foot soreness.

However, even if Taurasi and Diggins-Smith lead Phoenix past shorthanded Seattle, they still will need some help to get the fourth seed.

Despite slogging though a 10-game losing streak at midseason, a playoff berth remains possible for the Dream. With Briann January and Jasmine Thomas questionable for the Sun, Chennedy Carter, Courtney Williams and Betnijah Laney should have the opportunity to get their offensive games going and, in turn, put the Dream in position to keep their playoff hopes, at least temporarily, alive.

If Dallas can get the win, they can snuff out Atlanta’s playoff dream. With Satou Sabally out with concussion-related concerns, Dallas will call on Arike Ogunbowale to punch their playoff ticket. Of course, Ogunbowale has proven herself to be more than confident and comfortable in such high-pressure situations.

Key to the matchup: The Dream’s Most Improved Player candidate Betnijah Laney has not hesitated to show her former teams what she can do. Wednesday, against the Sky, the team that drafted her, she dropped 24 points, grabbed 10 rebounds, tossed four assists, snagged three steals and rejected one shot, stuffing the box score as she led the Dream to the comeback win. On Sept. 1, she helped the Dream beat the team that waived her in June, the Fever. However, her worst game of this spectacular season came against her third former team, the Sun. She likely has more in store, suggesting the Sun should be wary of the fully-unleashed Laney experience.

Highlights: Betnijah Laney has done it all for the Dream this season

Not only has she been a scorer this season, @BetnijahLaney leads the Dream in assists with a career-best 4.1 per game. She dished out 1.0 assists a contest throughout her previous 4️⃣ years in the league. #NajMIP #WNBA pic.twitter.com/r2yHxjOGmC

How to watch: CBS Sports Network, The U

Key to the matchup: Let’s face it, it’s all about Arike! In her two seasons in the WNBA, Ogunbowale has feasted against the Sky. As a rookie, she dropped 22, 20 and 35 points on Chicago. Earlier this season, she scored 26 points. In addition to getting buckets, Ogunbowale has had success playmaking against the Sky, tallying five or more assists in three of her four career games against Chicago. The other members of the Wings thus must be ready to cash in on the scoring opportunities Ogunbowale creates. While Marina Mabrey is a gamer, ever ready to launch from deep, Ty Harris also needs to look for her shot, especially if Allisha Gray and Katie Lou Samuelson are limited. Harris has converted 37 percent of 3-pointers during her rookie season, suggesting she should be willing to fire away from behind the arc.

Key to the matchup: Along with Diana Taurasi and Skylar Diggins-Smith, Brianna Turner deserves credit for the Mercury’s recent rise. The second-year big has become a rebounding machine, ranking fourth in the league with 8.9 boards per game. Turner’s prowess is highlighted by her franchise-record 21-board performance on Wednesday. Critically, her irrepressible effort gives the Mercury accumulating advantages, ending possessions on the defensive end and extending possessions on the offensive end. Even if Breanna Stewart and her 8.3 rebounds per game are not on the floor, Turner will have to be ready to battle on the boards against the Storm, as Natasha Howard also energetically cleans the glass on both ends, evidenced by her 7.2 rebounds per game.

Highlight: Brianna Turner gets the board and the put back