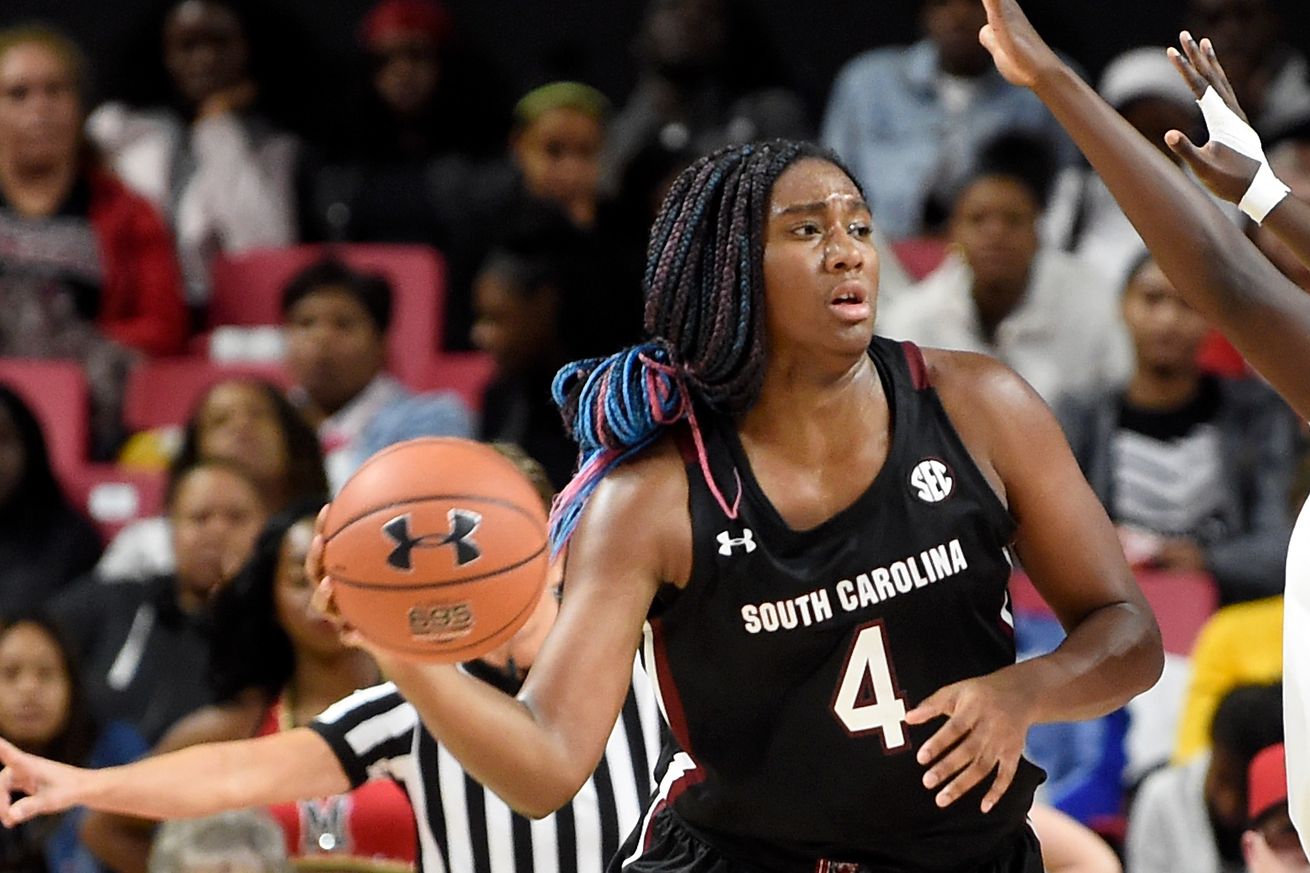 Aliyah Boston has separated herself as the best freshman in the country. | Photo by G Fiume/Maryland Terrapins/Getty Images

Aliyah Boston and the No. 1 South Carolina Gamecocks look to improve upon their 13-0 SEC record; they’ll take on Rhyne Howard and the No. 14 Kentucky Wildcats. Kentucky is 9-2 at home.

No team in the country has looked as in control as the No. 1 South Carolina Gamecocks, who have just one loss all season and have won all but two of their SEC games by large margins. The No. 14 Kentucky Wildcats have won their last two games with ease after getting blown out by the No. 22 Arkansas Razorbacks 105-83.

The Gamecocks are a tough team to defend, with four of five starters averaging double-figures, led by true freshman Aliyah Boston with 13.2 points per contest. In addition to a strong starting five, the team boasts two players — Destanni Henderson and Brea Beal — off the bench who play more than 20 minutes per game and have contributed a combined 14 games with double-digit scoring.

South Carolina boasts one of the best defenses in the country, leading the nation in blocks with 8.5 per game. Additionally, the Gamecocks allow their opponents to shoot just 33.1 percent from the floor, which is good for fifth in the country.

Putting her name in the record books one game at a time… @aa_boston with the most blocks by a freshman at 7️⃣5️⃣‼️ #SCWomanUp pic.twitter.com/YQThIhqbSo

The Wildcats are led by the No. 2 scorer in the nation, Rhyne Howard, who averages 23.1 points per contest. Offense is not the strongest suit for Kentucky, however, who has eclipsed 70 points as a team just 13 times this season.

In the first meeting between the two teams, the Gamecocks won 99-72. Howard scored 28 points in the defeat while no other Wildcat scored in double-figures. South Carolina’s dynamic offensive attack saw six different players get into double-digit scoring and they shot over 60 percent from the floor. Kentucky is 13-2 at home this year, but that might not matter much today, as South Carolina looks to finish unbeaten in the conference for just the second time in program history.

How to watch/listen: ESPN2, Gamecocks All-Access