Preview: Storm and the Aces face off in top-seeded matchup 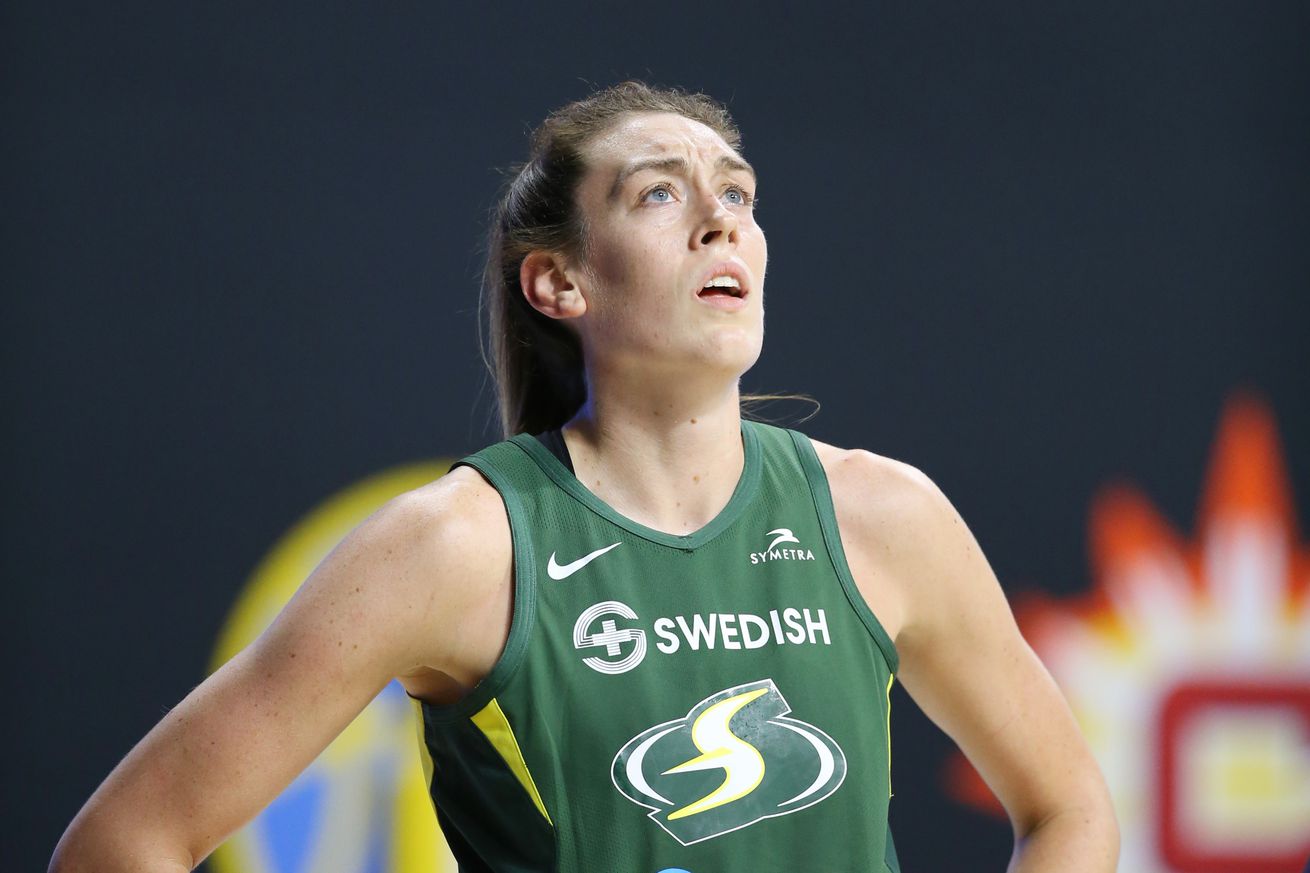 Breanna Stewart hopes to get the Storm back on track after suffering an upset to the Fever. | Photo by Stephen Gosling/NBAE via Getty Images

The Seattle Storm and the Las Vegas Aces, two of the top teams in the league, face off in a highly anticipated matchup. Elsewhere, the Chicago Sky look to keep up their winning streak while the Connecticut Sun try to stay in the playoff hunt.

The Seattle Storm face the Las Vegas Aces for the first time this season in what should be a highly-contested matchup. The Storm are coming off a loss to the Indiana Fever that ended their nine-game winning streak. The Aces beat the Connecticut Sun in an easy win their last time out.

The Aces and the Storm are the top two teams in scoring in the league, yet they accomplish their scoring in different ways. The Storm lead the league in 3-point shot makes and are fourth in attempts, while the Aces are last in both 3-point shot attempts and makes. The Storm will have their hands full with the barrage of close-in shots by the Aces.

The Indiana Fever are looking to build on their best win of the season over the Storm while the Chicago Sky have won their last three games. The Fever have two wins against teams with records of .500 or better while the Sky are 6-2 against teams below .500.

Both teams average seven 3-point shot makes per game, which could make for an entertaining game for those who are fans of the deep ball. The Sky have been on fire offensively, shooting 52.5 percent from the floor over their last five games. Defensively, the Fever allow the most points in the paint and are in the bottom half of the league in terms of opponent 3-point shooting, so they come into the game with an uphill battle.

The New York Liberty have just one win this season and have dropped their last six games. The Connecticut Sun have won four of their last six, most recently suffering a blowout loss at the hands of the Aces.

The Sun have their own offensive challenges, as they are near the bottom in the shooting categories. The Sun have held their opponent to under 82 points per game, which is good for fifth in the league, and the totality of their defensive effort has been summed up in a defensive rating of 102.2, which is in the middle of the pack.

Key to the matchup: The early-season MVP race has two clear leaders in Breanna Stewart and A’ja Wilson. Stewart is coming off a 5-of-18 performance against the Fever. Stewart will need a big performance to keep the Storm in this one. Wilson has reached at least 20 points in half of the Aces’ games this season, including their most recent victory. Look for Wilson to give the Storm’s defense fits.

How to watch: CBS Sports Network, The U, fever.wnba.com

Key to the matchup: 3-point shooting is the key part of this game. The Fever made 12 3-point shots in their last game while the Sky made 11 shots from the deep. All five starters are capable of connecting from beyond the arc for the Sky, which makes them especially dangerous. The team that makes the most 3-point shots is likely to be the victor in this one.

Key to the matchup: This game is hard to predict as both teams have been so inconsistent offensively. The Liberty take a lot of 3-point shots but are not any good at making them. The Sun have failed to score 80 points in eight of their 13 games. One area to watch is turnovers, as the Liberty give the ball up around 18 times per game, which could give the Sun additional opportunities on offense.

Sun injury report: Jonquel Jones (out for the season, personal).