Preview: Storm can solidify top seed with win over Sparks 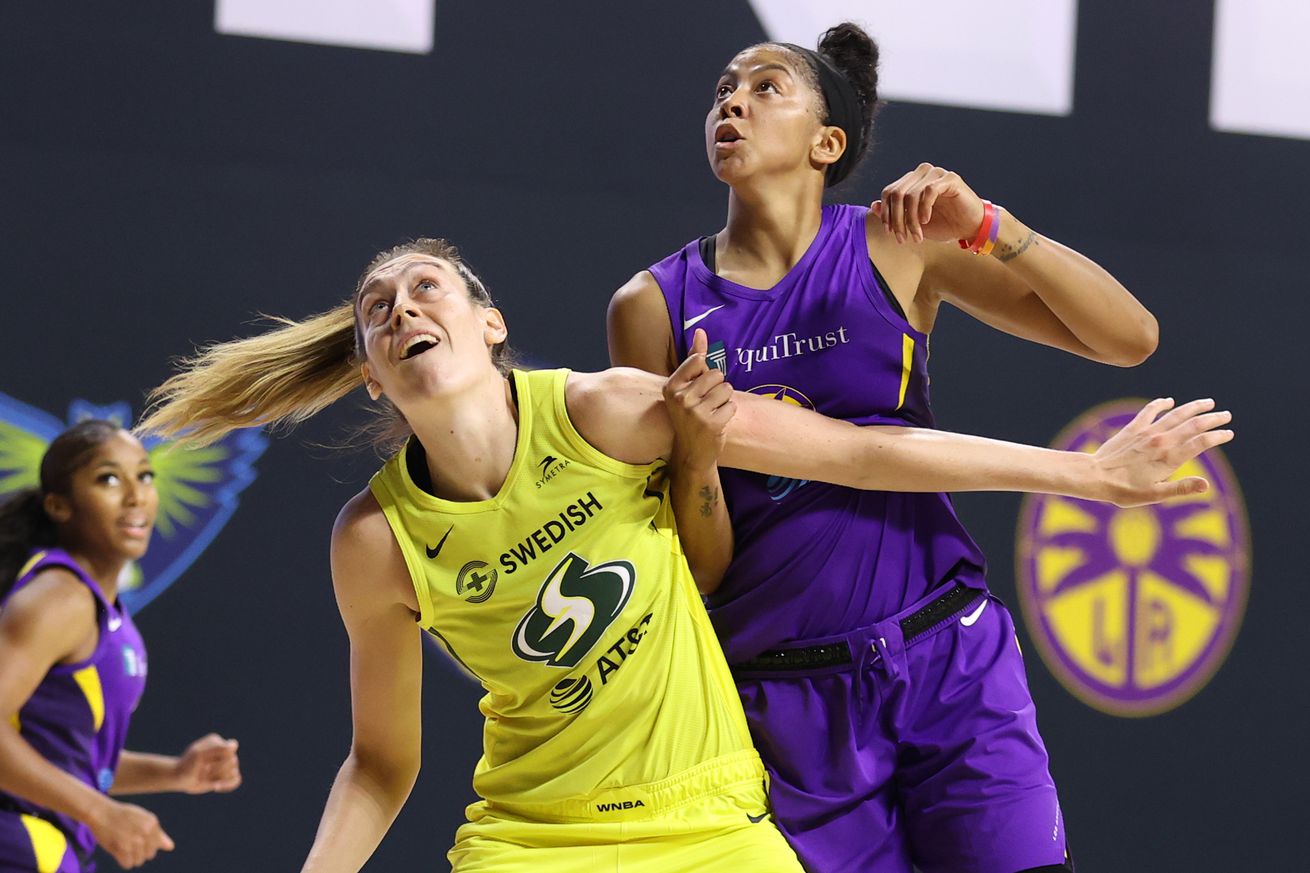 The 14-3 Seattle Storm can strengthen their claim to the top seed with a fourth-straight win. However, the Los Angeles Sparks, at 13-4, can make the race for first place interesting if they topple Seattle. The Chicago Sky (11-7) and Washington Mystics (4-12) and the Minnesota Lynx (12-5) and Dallas Wings (6-11) also meet Friday night.

A tilt between the title-seeking Seattle Storm (14-3) and the Los Angeles Sparks (13-4) headlines Friday night’s WNBA action at 10 p.m. ET.

Earlier this week, the Storm and Sparks, along with the Las Vegas Aces, were locked in a tight race for first place in the standings, with all squads sitting with three losses apiece. Since then, Los Angeles and Las Vegas each dropped a game, giving Seattle an edge in the race for the top seed.

The Storm, however, have benefited from the stumbles of other squads and, after losing two straight games in mid-August, rediscovered their championship-caliber form, capturing their last three contests in rather convincing fashion.

With that said, Seattle can still raise their ceiling. Natasha Howard has increasingly improved her play over the course of the season and finally is beginning to resemble “Flash,” the All-WNBA, Defensive Player of the Year she was in 2019.

The return of Sue Bird further supercharges the Storm.

The W’s elder stateswoman, who has rested her sore knee since Aug. 18, was back on the court Wednesday. Once she shakes off the rust, she can help the Seattle offense — which boasts a rating of 106.1 and is tied for tops in the league with the Chicago Sky — be at its most dangerous.

While Jordin Canada brings speed and intensity as Seattle’s starting point guard, Bird’s knockdown 3-point shooting ability is a more valuable skill in the modern WNBA. Because she will always demand the defense’s attention in the half court, Bird’s mere presence creates more favorable scoring opportunities for Howard and Breanna Stewart.

If the Sparks hope to topple the Storm and remain in the chase for the top spot in the standings, they must be dialed in on the defensive end, a tall task made all the more difficult if Nneka Ogwumike, who is questionable with back pain, is unable to play.

To give the Storm a fourth loss, the Sparks also will need a big game from Brittney Sykes, who has been a bellwether for the LA. In wins, she has been mostly excellent, averaging 11 points per game on better-than 52 percent field-goal shooting. She also is dynamic and disruptive on defense, generating nearly two steals per game in wins.

In losses, Sykes’ points per game plummet to an average of six, while her steals decrease and her turnovers increase. LA has a collection of guards and wings — Riquna Williams, Seimone Augustus, Tierra Ruffin-Pratt, Sydney Wiese and Te’a Cooper — capable of big games, but Sykes’ play is most predictive and, thus, most important.

Dealt the losses of Azurá Stevens and Diamond DeShields, the Sky have struggled to consistently find the win column of late, losing three of their last four games. Integrating new addition Stephanie Mavunga into the rotation should provide needed reinforcement. However, the Mystics, who also have experienced a significant number of injuries and absences, could take advantage of the Sky’s instability, stealing a victory that would put them in stronger contention for the eighth seed.

This should be a fun, small-ball matchup! While Cheryl Reeve and Brian Agler could be considered “old school” coaches, the stylistic versatility they have shown this season is why they remain two of the WNBA’s best. Although both teams are without their starting bigs — the Lynx’s Sylvia Fowles is still out with calf soreness and the Wings’ Isabelle Harrison is out for the season with an ankle injury — Reeve and Agler have adapted their offensive attacks to their personnel, relying on five-out, shooting-heavy lineups. Impressively, the Lynx also have maintained their integrity on the defensive end, giving them the edge in this contest.

How to watch: Twitter, NBC Sports Washington, The U

Key to the matchup: On Wednesday, Allie Quigley became the Sky’s all-time leading scorer. She attained this milestone because of her super-elite 3-point shooting ability. Among active WNBA players, she is tops in 3-point percentage at over 39 percent. However, after shooting better than 42 percent from deep during the past three seasons, she has fallen to 36.5 percent in 2020. Interestingly, Quigley’s 3-pointer has emerged as a swing skill for the Sky. In wins, she coverts her threes at a 44.2-percent rate on 4.7 attempts per game. In losses, she has fired up an average of 7.4 threes, hitting only 28.8 percent. In short, when things aren’t working for the Sky on the offensive end Quigley forces shots from behind the arc. Despite her 3-point pedigree, this is not a solution for a stuck offense. So, somewhat curiously, fewer Quigley treys is a good sign for the Sky.

Feature: The Mystics’ Natasha Cloud on the frustrations and motivations of the movement for racial equality

Key to the matchup: As confirmed by her recent Rookie of the Month award, Crystal Dangerfield is in the driver’s seat for the 2020 Rookie of the Year award. But Satou Sabally has the opportunity to make it interesting, especially if she has a strong performance against Dangerfield and the Lynx. However, to do so, she will have to contend with the 2019 Rookie of the Year, Napheesa Collier. In the absence of Sylvia Fowles, Collier has emerged as the anchor of the Lynx’s top-three defense. She combines excellent positioning with playmaking instincts, as she averages over three “stocks” (steals + blocks) per game. Sabally may be a unicorn, but Collier is one of the best defenders in the game.

Feature: Lexie Brown and the Lynx, along with the Timberwolves, encourage Minnesotans to exercise their right to vote

Key to the matchup: Breanna Stewart seemed sure to sprint to her second MVP award until A’ja Wilson led the Las Vegas Aces to a statement win over the Storm, enhancing her own MVP candidacy. Candace Parker has been on the fringes of the MVP conversation. If she can carry the Sparks, especially absent Nneka Ogwumike, past the Storm, she can significantly strengthen her MVP resume. The defensive end, as much as the offensive end, can help her boost her case. Without Ogwumike, and with the Sparks’ unproven big depth, it will be on Parker to trouble Stewart and Natasha Howard. If she succeeds, the CP3 for MVP chatter deservedly will increase.

Interview: The Sparks’ Tierra Ruffin-Pratt speaks with former NBA player Caron Butler about her personal connection to the fight against police brutality

Watch as Caron Butler (@realtuffjuice) sits down 1-on-1 with @LASparks‘ Tierra Ruffin-Pratt to discuss her cousin’s murder, using her platform to create change & the importance of engaging friends & family in conversations about racial justice. #NBAVoiceshttps://t.co/PWDfRm0Xf2