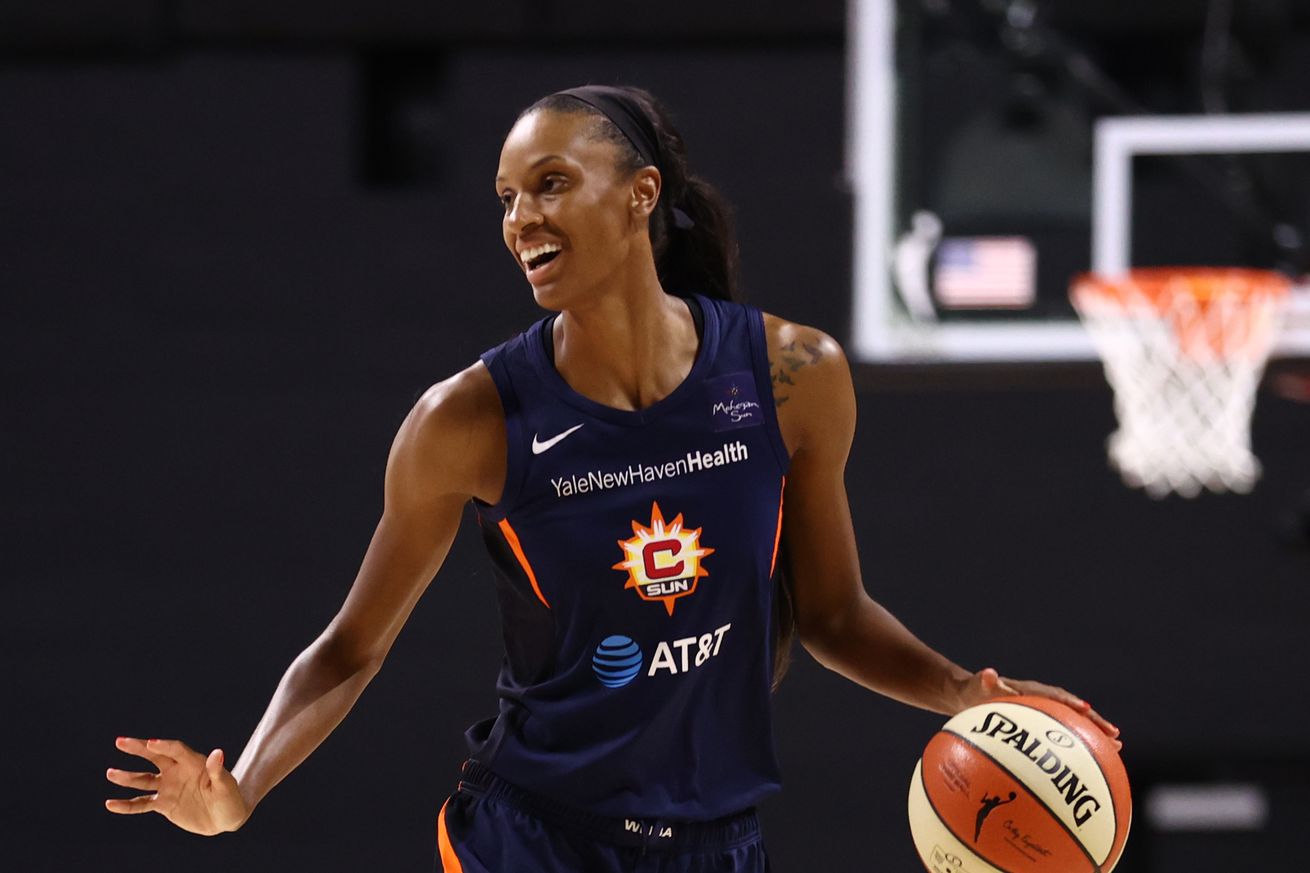 DeWanna Bonner has been the leader of the Sun all season. | Photo by Ned Dishman/NBAE via Getty Images

The Connecticut Sun look to further distance themselves against the Indiana Fever, who are trying to make a late-season push into the playoffs.

With just two playoffs spots remaining, the seventh-place Connecticut Sun look to sweep the Indiana Fever and move another step closer to securing their spot in the playoffs.

The Sun are below average on offense, shooting just 42.4 percent and scoring an average of 78.7 points, both of which are in the bottom half of the league. The Sun’s above-average defense has allowed them to find success against the teams below them in the standings, against whom they are 7-1.

The Fever are in the midst of a six-game losing streak, but are still ahead of the eighth-place Dallas Wings by just 1.5 games. The Wings beat the Fever in both head-to-head games, meaning that the Fever will need some help from Dallas’ opponents over these last four games of the season.

The Fever can score with the best of the them but their defensive rating of 111.3 shows the weak spot of this team. Defensive organization has been a problem surrounding this team for the past few seasons and will need to be a point of emphasis if it is to take the next step into playoff contention.

The Aces have not lost to a team with a losing record and throttled the Dream in their last meeting. The Aces cannot afford any mental lapses against weaker teams as they finish their season with four games against playoff-bound teams.

As discussed throughout the season, the Aces are a 2-point shooting team and put points on the board. Two stats that do not bode well for the Dream are the Aces’ scoring average and the average points that the Dream allow, both around 88 points. So if the Dream hold the Aces below 88 points, consider it impressive. The Dream will likely be in a good position if they can keep the game in the low 70s.

The Mercury have the longest active win streak in the league at five games, which has helped to turn around a slow start. The Mercury have clinched a playoff spot but there is a bit to play in terms of seeding.

Over their five-game winning streak, the duo of Skylar Diggins-Smith and Diana Taurasi has averaged a combined 47.4 points. As a team, Phoenix has averaged 92.4 points over this win streak.

The Liberty scored a season-high 101 points in their win over the Chicago Sky. However, in the last three games, New York has averaged just 61.3 points. At 2-15, the Liberty have not shown any way to consistently attack or defend teams.

Key to the matchup: Kelsey Mitchell has shot 23 percent from the 3-point area during this winless streak for the Fever. The Sun are not a particular threat from beyond the arc and this is an area that the Fever can exploit, if they can make them. This starts with Mitchell finding her shooting touch.

Key to the matchup: The Dream are a long shot here, given their track record all season. The Dream need to pack the paint and force the Aces to beat them from outside. On the offensive end, the Dream need to be efficient near the basket. The Dream will need to generate points from the free throw line as well while limiting the Aces.

Key to the matchup: If the Liberty hit double-digit 3-point shots, they have a chance to challenge the Mercury. The Mercury should be able to get whatever shot they want offensively but will likely face a barrage on 3-pointers on defense.