Preview: Terps vs. Hoosiers in battle of the Big Ten placement stakes 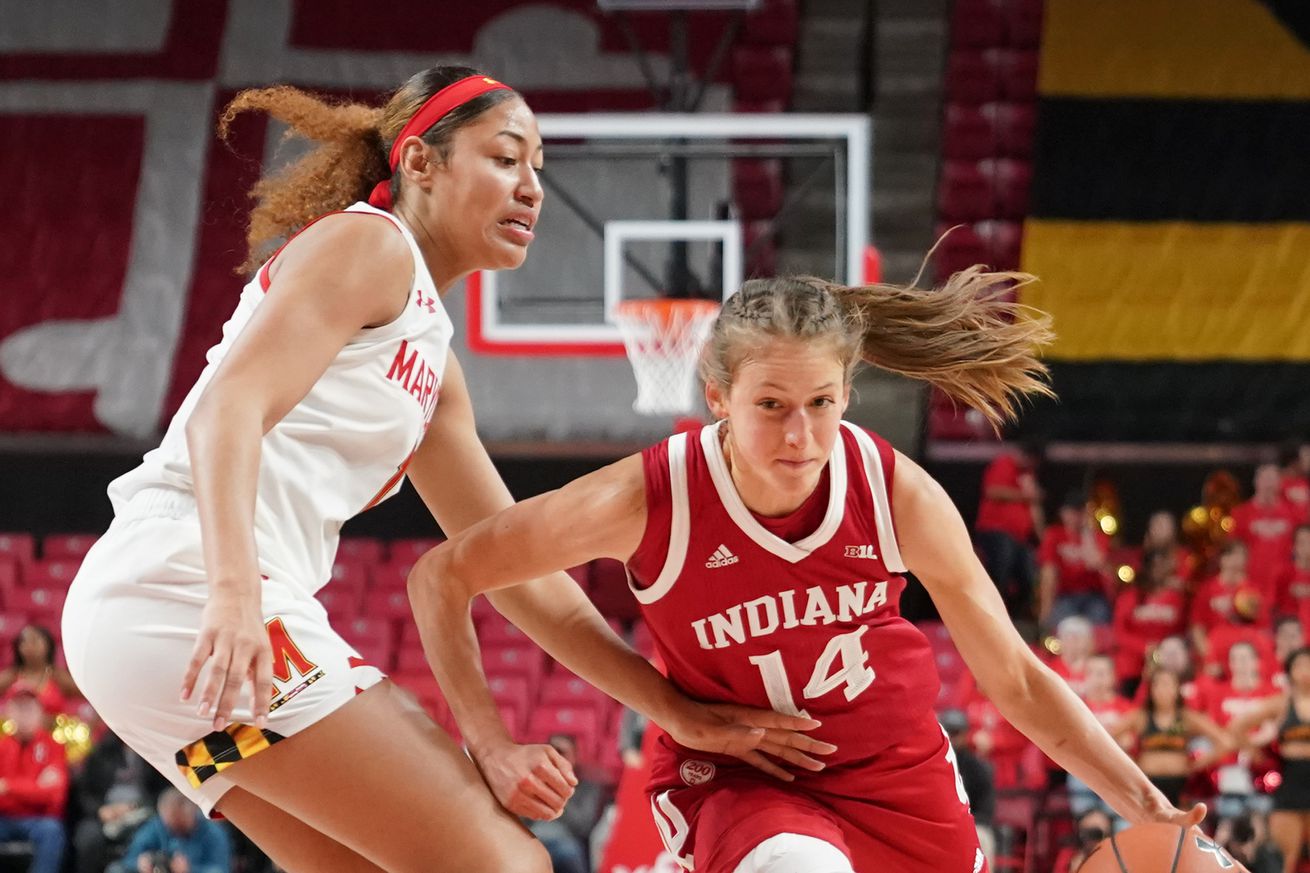 The No. 13 Maryland Terrapins and No. 18 Indiana Hoosiers both want to keep pace with the Northwestern Wildcats and Iowa Hawkeyes in the Big Ten race. Who will lead her team to victory: Kaila Charles (Maryland) or Ali Patberg (Indiana)?

The Terrapins enters this one on a seven-game winning streak, with their latest win being a 94-53 dismantling of the Michigan State Spartans on Monday. Indiana is on a four-game winning streak since losing to Maryland on Jan. 20. The Hoosiers also are coming off a 66-54 victory on Monday over the Purdue Boilermakers in the state of Indiana’s Barn Burner game.

What a beautiful sight #iuwbb pic.twitter.com/oxxHUkWqQZ

The Terps have moved up seven spots in the AP rankings over the past two weeks and hope to remain tied with the Northwestern Wildcats and Iowa Hawkeyes atop the Big Ten standings. Indiana is just a game behind the Wildcats, Hawkeyes and Terps.

When the Terps beat the Hoosiers back on Jan. 20, their two sophomore stars stood out the most. Shakira Austin led the way with 22 points, while Taylor Mikesell was good for 16 points on 6-of-7 shooting from the field (including 4-of-5 from 3-point range) in the 76-62 victory.

Sophomore guard Grace Berger and redshirt junior guard Ali Patberg were bright spots for the Hoosiers despite the outcome. Berger was an impressive 10-of-13 from the field en route to a team-high 21 points. Patberg added 15 points and shot 7-of-8 from the free-throw line.

The percentages are neck-and-neck, but Indiana can win this game by out-shooting the Terrapins, who can be streaky from the field and from 3-point range.

Maryland’s shooting from beyond the arc (37.1 percent) is far ahead of Indiana’s (30.8) but their best 3-point shooter — Mikesell, who usually makes 2.6 threes per game at a 41 percent clip — has been held scoreless twice this season. In those losses, she was 0-of-5 and 0-of-3 from distance. Indiana needs to focus on forcing her into a bad night.

On defense, the Terps need to focus on Patberg, who leads Indiana with 13.7 points per game. They can do this by interfering with her flow and forcing her into turnovers. The Hoosiers sometimes run into lulls where their offense lacks structure. If Maryland is disruptive, it will find success defensively.

On offense, Maryland has six players who average at least nine points per game, including AP Preseason All-American guard/forward Kaila Charles, who leads the team with 14.6 points per game. A lot of the Terrapins’ success depends on whether they hit from outside. But when the team has an off night with shooting, Charles can keep the Terps in games with her rebounding, defense and finishing ability. On Monday, both she and Patberg were named to the John R. Wooden Award Late Season Top 20 Watch List for the best players in the country.

Where: Simon Skjodt Assembly Hall in Bloomington, IN

How to watch/listen: Big Ten Network/WHCC 105.1 FM (Bloomington, IN)