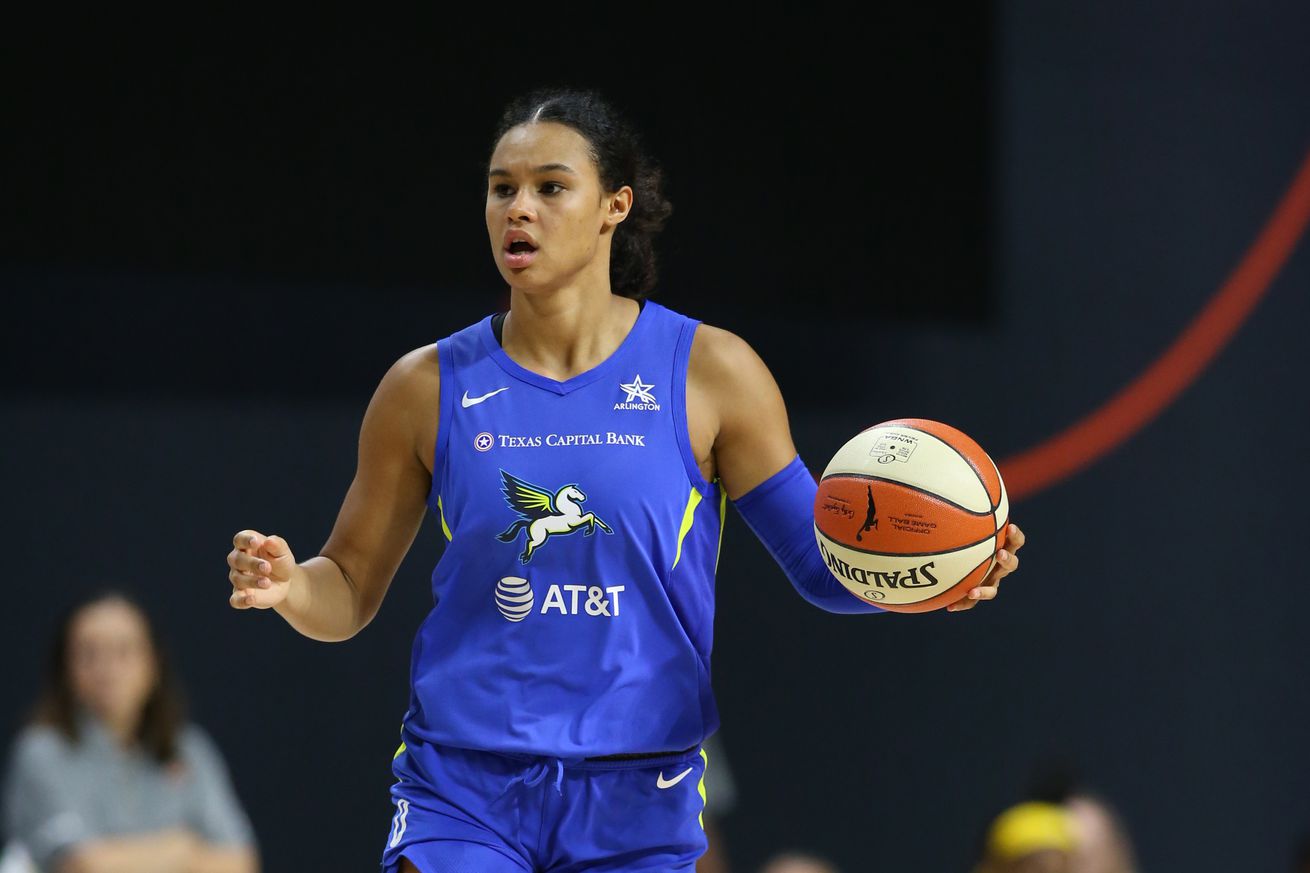 The Dallas Wings are looking for their third straight win when they take on the Las Vegas Aces. The Phoenix Mercury are attempting to get back to .500 against the New York Liberty. Two young and up-and-coming teams, the Atlanta Dream and Indiana Fever, face off in what could be a high-scoring game.

The Dallas Wings are looking for their third straight win but will have to go through the Las Vegas Aces to get the job done. Although the Aces have been uneven to start the season, this will be the Wings’ toughest test thus far.

The Wings’ Satou Sabally has started her career with three straight games with 10 or more points, but in Dallas’ last win over the Indiana Fever, the rookie put together a 23-point, 17-rebound performance on 7-of-15 shooting. Sabally’s performance was instrumental in the win as the Wings shot an overall 35.1 percent. The Wings have proven to be quite good on offense, in part to being active on the offensive boards and a lack of turnovers. Dallas leads the league in fewest turnovers at just 11.7 per contest.

The Aces have proven to be an offensive juggernaut, averaging 93.7 points through this point in the season. A’ja Wilson and Angel McCoughtry are a force to reckon with as Wilson is currently averaging a double-double with 20 points and 10 rebounds and McCoughtry is averaging 18.3 points and 5.0 rebounds.

Defensively, both teams are works in progress. In their most recent loss, the Aces allowed the Mercury to shoot 57.6 percent and 11-of-20 on 3-point shots. In their season-opening loss, the Wings allowed the Atlanta Dream to shoot 54.8 percent. Both teams have allowed 80 or more points in two of their three games.

The Mercury have scored 100 or more points in their last two games but have allowed at least 99 points in all three games this season. Diana Taurasi, after a slow start, played well in the Mercury’s last game, scoring 22 points and recording 10 assists. Bria Hartley, who comes off the bench, leads the Mercury in scoring.

The Liberty are winless, despite heralded rookie Sabrina Ionescu’s emergence. Ionescu suffered a grade three ankle sprain and is expected to miss one month. The Liberty have struggled offensively with the second lowest shooting percentage in the league of 38.9 percent, but are holding opponents to 43.8 percent shooting. The Liberty are tasked with a lot, most of which is improving on the fly without their best player.

All five starters of the Dream average double-figures in scoring, yet have not a consistent model for winning. In their season opener, the Dream shot 54.8 percent and won with Monique Billings scoring 30 points over the Wings. After a 30-point blowout, the Dream won over the Liberty as they shot 37.3 percent, with Betnijah Laney scoring 30 points.

The Fever had a 12-point halftime lead over the Wings but ended up losing 76-73. The Fever were able to put their offense together to beat the Mercury despite allowing 100 points. Defense for both teams is questionable, which might lead a to fun-to-watch, high-scoring matchup.

Key to the matchup: The Liberty have a lot of issues offensively and defensively but have proven to impact the opponent’s shooting. If they are able to continue that trend, they may have a shot. Despite the Mercury’s defensive woes, their offense will likely be able to overcome those problems against the Liberty.

Highlights: The best of the Big Three’s performance against the Aces

Key to the matchup: Chennedy Carter vs. Kelsey Mitchell. The young guards take a lot of shots for their teams and they impact their teams’ success. Whether it is scoring, efficient play or liming turnovers, these will heavily impact their ability to win.

What a game by @BetnijahLaney last night!

Key to the matchup: A’ja Wilson will be the focus of the game. Wilson has been so dominant in the early going of the season. If the Wings can contain Wilson, it may give them a chance to win the game.

She is the 1st rookie in @DallasWings franchise history to score 20+ points and grab 15+ rebounds in a game! #WatchMeWork pic.twitter.com/Oo8DFV738t