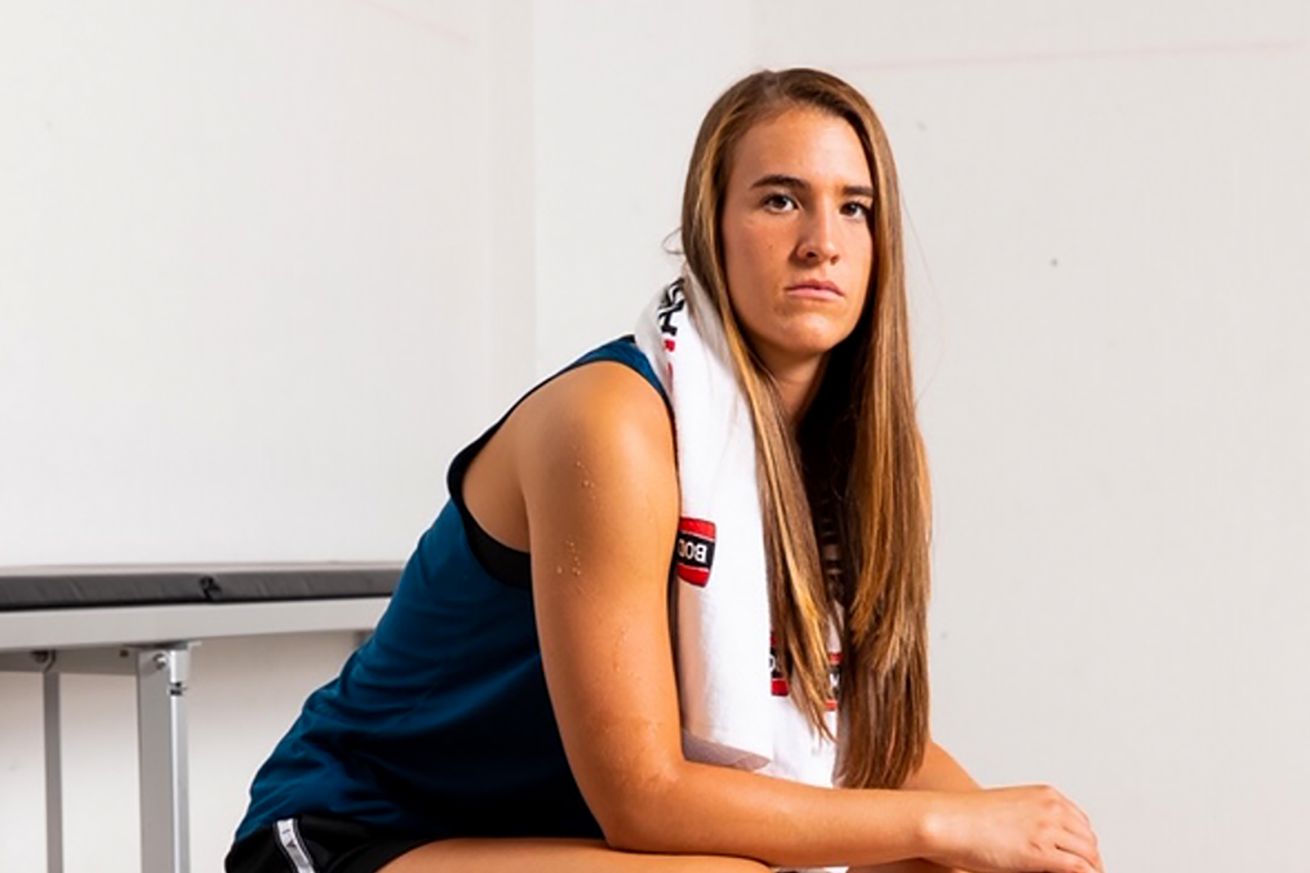 Sabrina Ionescu, New York Liberty guard and the newest addition to the BODYARMOR stable of athletes, spoke with Swish Appeal about life inside the bubble, the benefits of being a young player on a young team, her burgeoning friendship with Diana Taurasi, how dreams help her to learn from her basketball mistakes, and more!

It took just two professional games for New York Liberty guard Sabrina Ionescu, the No. 1 overall pick in the 2020 WNBA Draft, to flirt with a triple-double — the kind of stat line she became known for during her collegiate career with the Oregon Ducks. With 33 points in just under 34 minutes on July 29, plus seven rebounds and seven assists, Ionescu announced to the rest of the league that her game translates to the pros just fine.

If scoring production wasn’t enough for opposing defenses to register that Ionescu will be a major problem, her efficiency should: Ionescu completed 11 of her 20 shot attempts from the field (55 percent), six of her 10 attempts from 3-point land (60 percent) and all five of her attempts from the free-throw line (100 percent). This, after an inaugural WNBA performance in which she went an uncharacteristic 0-of 8 from behind the arc and completed just four of 17 shot attempts, making Ionescu’s speed of correction also problematic for the rest of the league.

But when Swish Appeal caught up with Ionescu the day after her 33-point performance, she was none too pleased with the Liberty’s loss, but embraced the requisite process of getting a young team to jell. She also spoke of her long-held Mamba Mentality and how it has helped her to navigate the transition to the pros during the unprecedented 2020 season inside the bubble.

Ionescu also shared what it means to now be among the BODYARMOR stable of athletes, which also includes Skylar Diggins-Smith and Diana Taurasi, the benefits of being a young player on a young team, her burgeoning friendship with Taurasi and how dreams help her to learn from her basketball mistakes.

This interview has been edited for clarity and conciseness.

How has Mamba Mentality helped you to navigate being on a rebuilding team of young players, with a new coach, during an unprecedented season?

That’s kind of the mentality that I’ve always had. It’s not really been any different. It’s something that has helped me, and carried over from my college career. Obviously, the circumstances here, of being new to the league and coming to play in a bubble, and not being able to see friends and family (are challenging). So, I think (Mamba Mentality) is staying mentally sharp and continuing to get better.

What do you miss most about life outside the bubble?

A lot. Obviously, I miss my family and friends, and just being able to get in the car and go for a drive if I need to, go to a store or go get food. Being here definitely feels like a bubble. I am happy that they’re able to keep us safe but we’re definitely denied that freedom of going on a ride, or going to the beaches and watching the sun set, and just being able to drive and kind of detach. So, I’m able to hang out outside, out (at the pool) — two-for-one recovery (and downtime), and kind of get my mind off basketball.

How difficult will it be for any team to win the 2020 WNBA championship?

I think it’s anyone’s championship. Now that we’re playing three games a week, that could be good for young teams, with younger legs, and I think that anyone can get hot at any time. Being here, without family and friends, you kind of end up taking whatever has been put on you. It’s definitely going to be difficult to win a championship but it also could be one of the most rewarding considering the circumstances.

When did you ink your deal with BODYARMOR and what does being on the BODYARMOR team mean to you?

Around the time of the 2020 WNBA Draft, in April. And, obviously, kind of having a preexisting relationship with them through Kobe. Obviously, I love the vision that they have for the brand and I wouldn’t want to be with anyone else. And I’m just super excited to continue the vision that Kobe had.

Who are you most looking forward to competing against this season, and why?

Ah, I think that I’m excited to play against Diana Taurasi, just because of our friendship and watching her for so many years, and just being able to get out on the court and watch and see how good she is and how she leads her team.

How long have you and Diana been friends?

Through the last couple of years, we’ve been at events together, we’ve gotten to know each other and I played against her at Team USA and we were able to talk a little bit. And being here in the bubble, I’ve seen her a few times and been able to talk and hang out a little bit, through passing. It’s kind of happened over time, I think, and through the sports world, but I’m just excited to be able to continue to grow our relationship.

Do you dream about basketball?

It hasn’t influenced what happened on the court, but I do definitely dream about basketball, game scenarios, things that have happened in the past. I usually try to think of the positive dreams, where I’m hopefully making a shot and not missing one. But it doesn’t have any direct correlation on my (future) performance.

Ionescu was due to face Taurasi on Sunday, Aug. 2, in a meeting between her Liberty and Taurasi’s Phoenix Mercury. But the ankle injury Ionescu suffered in her third WNBA game has put that battle on hold.

Initially slated to miss one month of playing time, which would have given her a chance to compete in the Liberty’s and Mercury’s rematch on Sept. 5, the team announced on Wednesday, Aug. 5, that their franchise star has exited the bubble to see an ankle and foot specialist in New York, leaving prospects for the rest of her rookie season unclear.