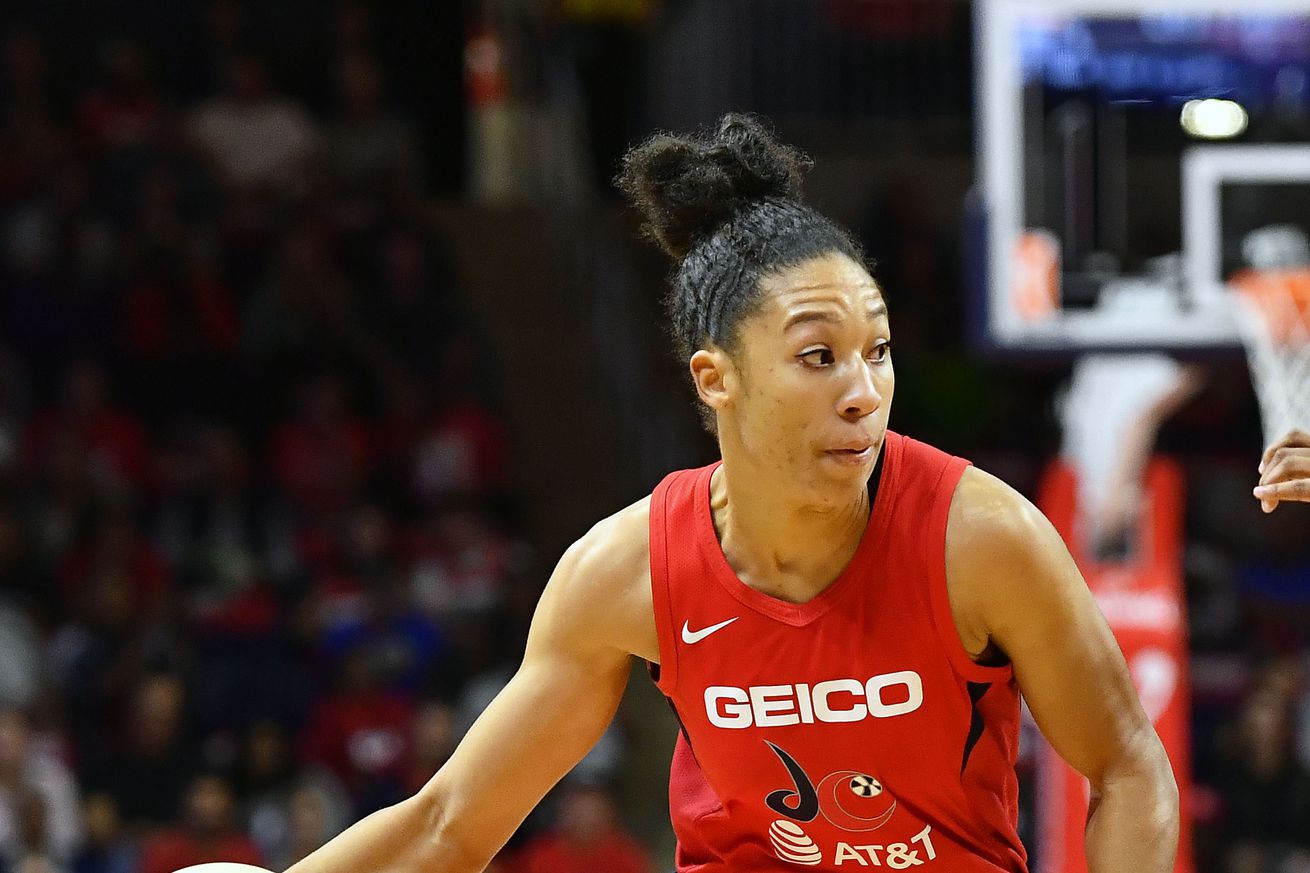 Washington Mystics shooting guard Aerial Powers discusses her experience covering the NBA2K Tipoff on ESPN, her desire to get more girls into gaming and her thoughts on the 2020 WNBA season.

Aerial Powers was a key member of the Washington Mystics’ 2019 WNBA championship team. She came off the bench to score 11.4 points per game in the regular season and a postseason-high 15 points in Game 4 of the Finals. With her ability to drive, finish and shoot from distance, Powers is a dangerous up-and-coming player.

Last week, the defending champ out of Michigan State was given the opportunity to broadcast NBA2K games live on ESPN. An avid gamer herself, Powers called several games during The Tipoff tournament — an experience she thoroughly enjoyed.

On Tuesday, Swish Appeal caught up with Powers for a Zoom chat in which she elaborated on her passion for video games and becoming one of the most recognizable female gamers.

This interview has been edited for conciseness and clarity.

Had you ever called a game on ESPN before and what was that like?

No, actually. It was really cool to do that. It was definitely something different. I’m usually on the other side of the ball, which is actually playing. The closest thing I’ve done to that was when Monumental (Sports Entertainment) took the 2K WNBA team and allowed some of us girls to do broadcasting and they kind of liked that I already played. So I did a lot of the virtual broadcasting for them (on NBC Sports Washington).

I want to thank @NBA2KLeague for giving me the opportunity to broadcast on their amazing platform and @ScottColeShow & @Dirk_JDR for helping me through it. First WNBA player to do it!! History made!!! #nba2k#2kclips#2kCommunity #nba2kleague

Now that you’ve risen to the top of the WNBA gamer scene, how does it feel to have this platform to promote NBA2K?

It’s pretty cool to have this platform to promote 2K. I’ve had some of the 2K league players reach out to me. A lot of females have reached out to me that like hoops or have tried to play hoops and (are) encouraged by me being on the broadcasting end and what I do on my Twitch channel. So it’s pretty cool, the love that I’ve received from it all and I’m just going to keep doing it.

Are you trying to get more girls to participate in video games?

That’s one of my things. Two things, when I think of myself as a gamer that I want to bring the table for this ecosystem: (One is) bringing more females into the actual gaming world, showing that we’re here too. And the second thing is health and wellness when it comes to gaming.

Did you have to prepare a lot for the broadcasts or did you already follow the 2K tournaments?

I followed them, but you always want to be prepared at anything you do. I’ve seen these people play before. I know the broadcasters Dirk (Jamie Diaz Ruiz) and Scott (Cole). Follow the game a lot. But when it came to broadcasting I’m like, okay, this is a different side. I need to make sure I look at stats, I need to make sure I look at film. I watched and listened to how Dirk and Scott called the game because usually when you’re watching as a fan, you hear the broadcasters’ voices but when you’re gonna flip to be one, (you ask yourself) what exactly are nice things to say? So I did a lot of studying, honestly, each day. I studied each team, what they were good at, what they were bad at, who were the top PGs (and) centers.

What do you think set The Tipoff tournament champion Raptors Uprising team apart from its competitors?

During the tournament you could see that certain teams just have a burst of energy that you don’t want them to get. Like, when we’re playing certain teams we don’t want them to get like a 9-0 run, 11-0 run, because they really feed off that momentum. And I feel like that’s how the Raptors are. They take that and just run with it. It’s hard to kind of go back and forth with a team like the Raptors.

Is it cool to see all these gamers getting recognition on ESPN?

I think it’s pretty cool. Because they too are like athletes. They’re e-athletes. There’s been a lot of people saying they should be or they shouldn’t be (considered athletes). For me, it’s definitely they should. They put the work in just like we would on the court. They just do it virtually. So it was pretty cool to see them get some love on ESPN and get the games on. It’s cool especially during this time where we don’t have sports. It’s a pandemic. Everybody can go to gaming and stay together.

Have you always been into video games, like as a kid too?

This is not a thing I’ve started just because COVID showed up. A lot of people are on Twitch now playing video games because they’re bored. It was never ‘oh, I’m bored, let me pick up the sticks.’ It was just something that I was in love with. Since the Nintendo 64 days, I’ve been a gamer. I had that system, I had SEGA Genesis, I had PSP (PlayStation Portable), I had so many systems I can’t even remember them all. I’ve been a gamer for that long though. It’s always just connected me to my family. So it’s been something that I’ve kept in my life and I’m in love with it.

Are you excited for the upcoming WNBA season?

I am excited. We have a few girls who have already given their opt-out letters. So it’s going to be a little bit of a different dynamic this year. But I think we’re gonna be okay because what we thrived on last year was everybody being able to step up. And now we’ll have some girls technically out and we’ll just have to step up. And I feel like we can still do an amazing job.