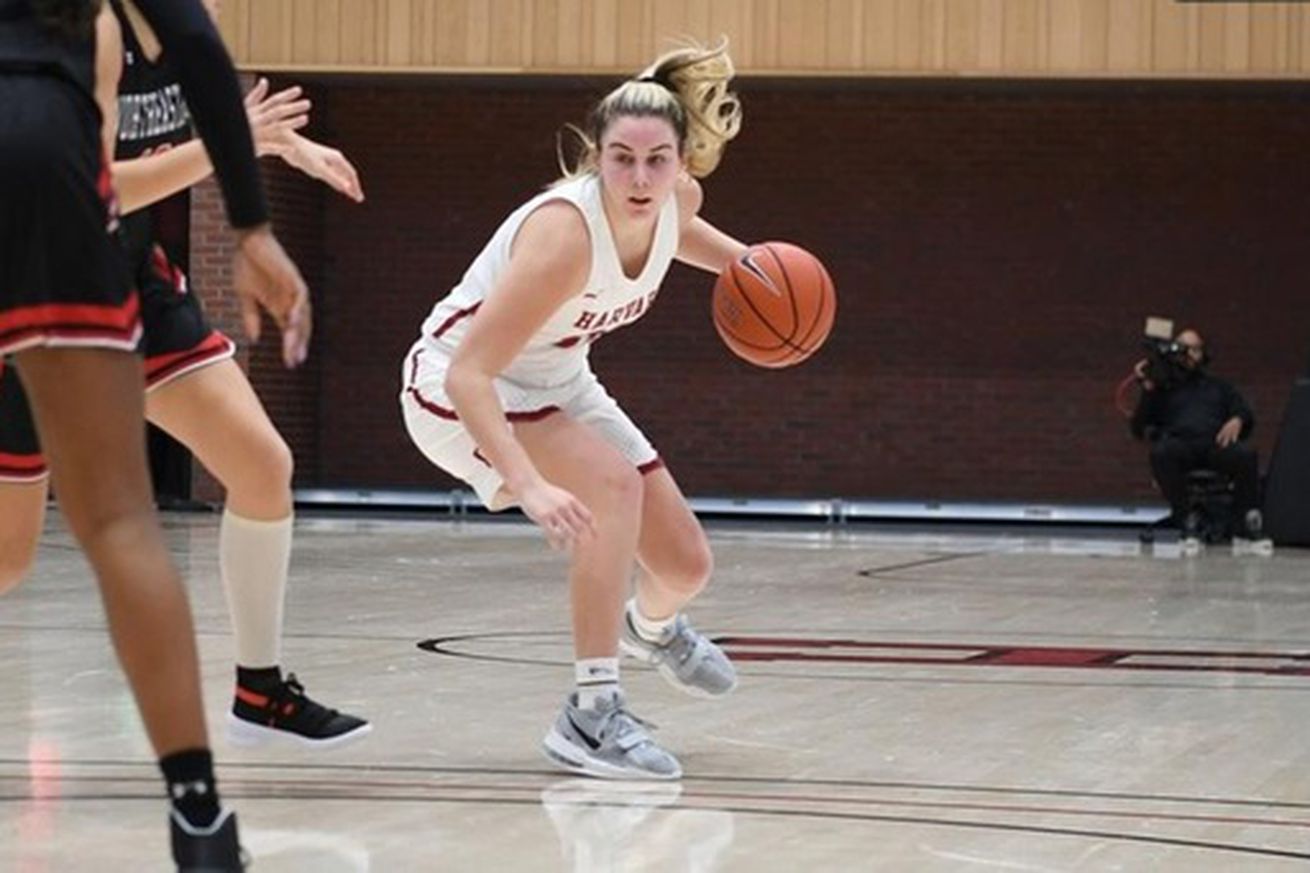 Lola Mullaney paced the Harvard Crimson, who were in control for most of the game against the Yale Bulldogs and walked away with their best resume win of the season.

The Harvard Crimson handed the Yale Bulldogs their first loss in Ivy League play on Friday, topping the visitors 66-57 in Cambridge, Mass.

The Crimson (12-6, 3-2 Ivy) battled back from a 29-23 deficit with 2:26 to go in the second quarter and received 19 total points from their leading scorer, Lola Mullaney. Six-foot-two guard/forward Rachel Levy added 14 points and hauled in a carer-high 19 rebounds for the Crimson, while Yale was led by Roxy Barahman’s game-high 21.

Harvard took the lead for good on a Levy layup with 7:10 to go in the fourth that made it 53-52 in favor of the Crimson. The game was still a long way from over, but Harvard was in control, and a mid-range make by Levy with 3:55 to go put the Crimson up 63-55 and sealed the deal. Defense did the job from there as Yale’s next score was a Barahman layup with 21 seconds to go, and by then it was too late.

The Bulldogs fell to 14-4 overall and 4-1 in the Ivy League, which puts them in second place behind the 4-0 Princeton Tigers (16-1 overall). Meanwhile, Harvard separated themselves from the Columbia Lions and Cornell Big Red to move into sole possession of third place. Only the top four teams will make the conference tournament.

Levy came into the game after Harvard’s top post player, 6-foot-3 forward Jeannie Boehm, fouled out with 4:37 to go in the fourth. The Crimson were up 59-52 at that point, but there was enough time left for Yale to make a comeback run with their 6-foot-5 star Camilla Emsbo trying to stop Levy instead of Boehm.

Levy wasn’t about to let that happen though. She made a layup with Emsbo covering her at the 4:23 mark of the fourth and followed it with the mid-range make at 3:55, which came off a nice step-back move that gave her just enough space to get it off over Emsbo.

Boehm played well early in the game against Emsbo and finished with four blocks and eight points, including this score right before fouling out:

Harvard was ready to play from the jump and out-scored Yale 18-8 in the opening frame. The Bulldogs went on an 11-0 run from 5:05 to 2:26 in the second to lead 29-23, which was their largest lead of the game. But the Crimson battled and got some momentum back before the half, at which point they trailed 31-29.

In the final four minutes of the third quarter, Mullaney (a 36 percent shooter from downtown) made her first two 3-pointers of the game after missing her first three attempts. Harvard led by one entering the fourth and won the final frame 18-10.

The Crimson dominated on the glass, 50-27, and out-shot Yale 44 percent to 36 percent from the field. Barahman was 7-of-11 from the stripe, but her aggressive play was not enough to salvage the win.

Yale has quality wins over the Mountain West Conference-leading Fresno State Bulldogs (65th in the RPI) and the UNC Tar Heels (66th). For Harvard, Friday’s game was its first win against a top-70 RPI team (Yale is sitting at No. 33). The teams will meet again in their regular-season finale on March 7.

Harvard is back at it today as when it hosts the Brown Bears at 4 p.m. (ESPN+)