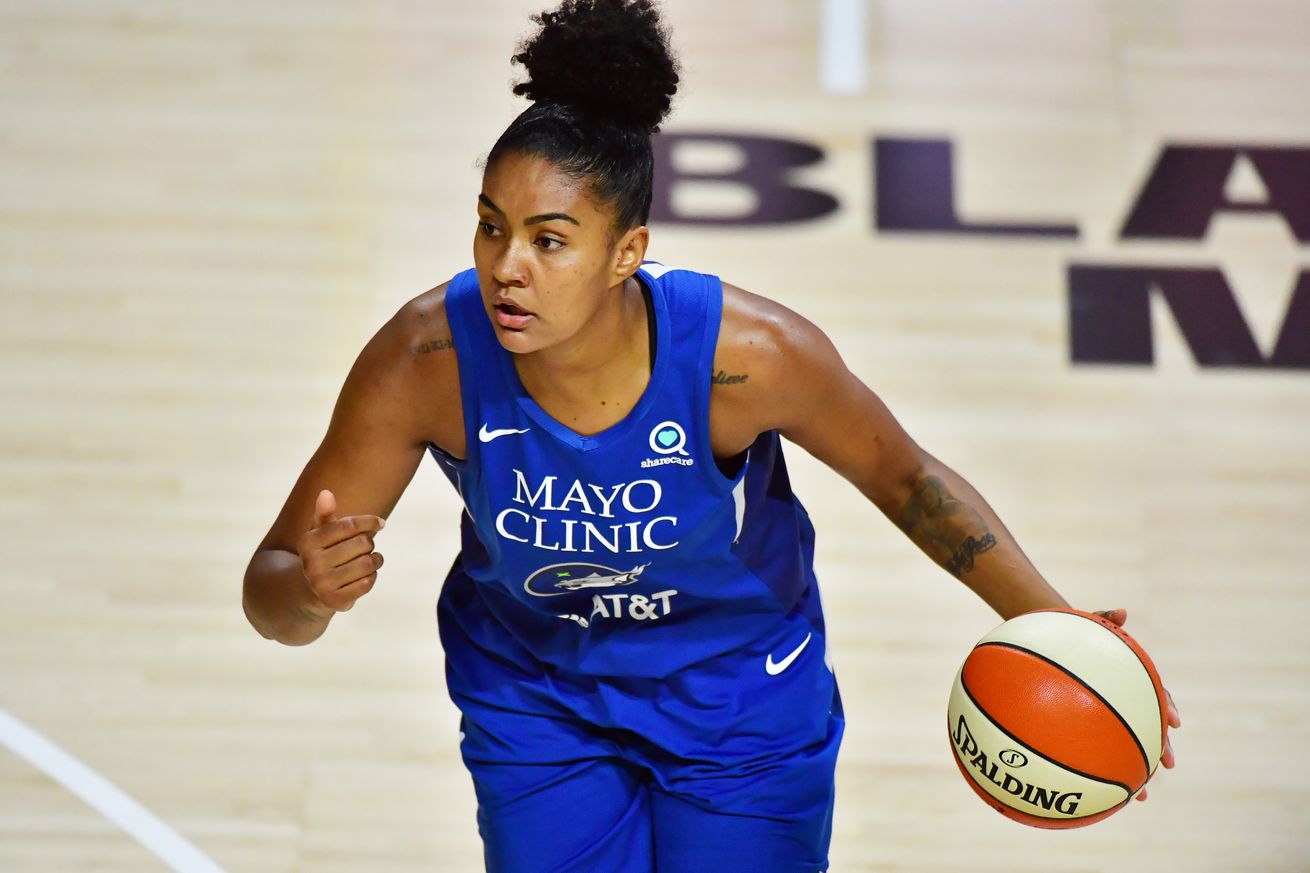 The 12-5 Minnesota Lynx defeated the 11-7 Chicago Sky in a battle for fourth place while the 13-4 Los Angeles Sparks and 14-3 Seattle Storm fended off fourth-quarter comeback efforts by the 6-11 Dallas Wings and 4-12 Washington Mystics, respectively.

No player can be the heroine every night and a turnover from superstar point guard Courtney Vandersloot cost the Chicago Sky an 86-83 decision won by the Minnesota Lynx, who received 28 points and seven rebounds from Damiris Dantas on Wednesday night at IMG Academy in Bradenton, Florida.

Most Points by an International Player in @minnesotalynx history:

Vandersloot, who was coming off a historic 18-assist performance, drove inside but couldn’t decide quickly enough where to pass and lost the ball with 3.4 seconds to go. It fell into the hands of Dantas and Odyssey Sims went on to hit one of two free throws to put Minnesota up by three. Vandersloot then missed a 3-pointer at the buzzer.

Allie Quigley scored 23 points to lead Chicago and in the process broke the franchise record for points scored — surpassing Sylvia Fowles, now in her sixth season with the Lynx, who was sitting on the sideline with a calf injury. Fowles played seven seasons with the Sky while Quigley is in her eighth year with the team.

Minnesota now has defeated Chicago by a combined total of five points in its two wins over the Windy City squad. The Lynx should feel good regardless of the margins because they have swept the season series with the Sky and, therefore, own the head-to-head tiebreaker. If the two teams end up tied for fourth place at the end of the regular season, Minnesota will get the first-round bye in the playoffs.

The Sky won the field-goal percentage battle 49.3 to 44.6 with both of those figures being 0.1 percent different than the teams’ season percentages entering the contest. However, the Lynx’s efficiency from the 3-point line and 23 forced turnovers compared to the Sky’s 16 won them the game. Minnesota was 10-of-19 from distance (52.6 percent) and Chicago was 9-of-30 (30.0 percent).

Cheyenne Parker (20 points, 15 rebounds) and Courtney Vandersloot (13 point, 12 assists) both had double-doubles for the Sky while Crystal Dangerfield notched 15 points and seven assists for the winners.

On Friday, the Sky will take on the Washington Mystics at 7 p.m. ET and the Lynx will face the Dallas Wings at 8 p.m. ET. Both will be winnable games, with Minnesota aiming for its third-straight victory and Chicago looking to get out of its recent slump. The Sky have lost three of their last four contests.

Candace Parker recorded her first double-double since Aug. 23 with 22 points and 10 rebounds. Satou Sabally had a double-double of her own, notching 16 points and 11 boards, but it was not enough for the Wings, who cut the lead to two with 6:35 to go but couldn’t get any closer in a back-and-forth final frame.

She leads the #WNBA all-time in that category. Next closest is @Catchin24 who had 12 such games, followed by @LisaLeslie with 11.https://t.co/C513o6HFwU

Breanna Stewart scored 16 points and hauled in 14 rebounds as the Storm avenged a July 30 loss to the Mystics. Seattle scored just 71 points in that contest as well. Washington cut its deficit to five with 1:22 to go but Ariel Atkins missed a 3-point attempt with 39.2 seconds remaining that would have cut it to two. Emma Meesseman had 17 points in defeat.