Recap: No. 13 Arizona seals overtime upset over No. 4 Stanford 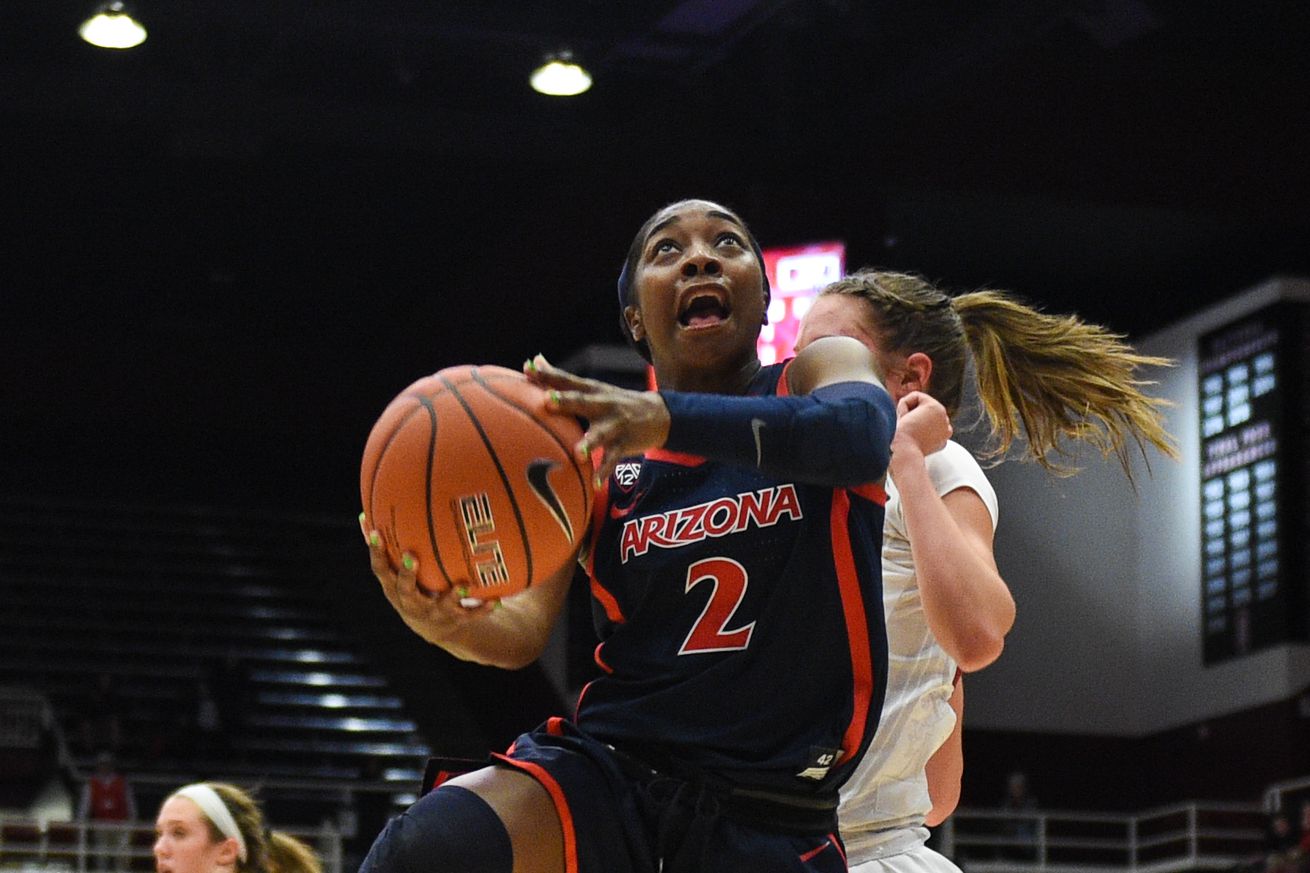 Aari McDonald led her team to its 23rd victory of the season. | Photo by Cody Glenn/Icon Sportswire via Getty Images

In a seesaw battle, the No. 13 Arizona Wildcats overcame a third quarter deficit and got a late basket from Aari McDonald to get the win in overtime over the No. 4 Stanford Cardinal.

The No. 13 Arizona Wildcats’ Aari McDonald got a basket with 8.5 seconds left in overtime to give Arizona the win over the No. 4 Stanford Cardinal, 73-72. McDonald finished with a team-high 20 points. The win snaps Arizona’s eight-game losing streak against Stanford.

The Wildcats opened up a nine point lead early in the second quarter, but Stanford trailed by just two at halftime, 28-26. After the break, Stanford opened up the quarter with a 16-5 run to take a 42-33 lead, but Arizona cam back within striking distance to enter the final quarter, down 47-42.

With 21 seconds left in regulation, McDonald cut Stanford’s lead to 62-61 on a pair of made free throws. Six seconds later, Alyssa Jerome split her shots from the charity stripe to make it 63-61 — the made free throw was her lone point in five minutes of play. Another two shots from the line by McDonald tied it, however, and the game went to overtime.

Arizona jumped out to a 71-64 lead to start overtime but Stanford took the lead, 72-71, on 3-pointer by Lexie Hull. Hull finished with 11 points and seven rebounds. A driving layup by McDonald with 8.5 seconds left would seal the win for Arizona.

AARI MCDONALD FOR THE WIN

13 of McDonald’s 20 points came in the fourth quarter and overtime. Four additional players scored in double-figures for the Wildcats, including freshman Helena Pueyo, who scored 11 points in a career-high 36 minutes. The Wildcats forced 22 turnovers, marking the 11th time this season that Arizona has forced 20 or more turnovers, moving to 11-0 on such occasions.