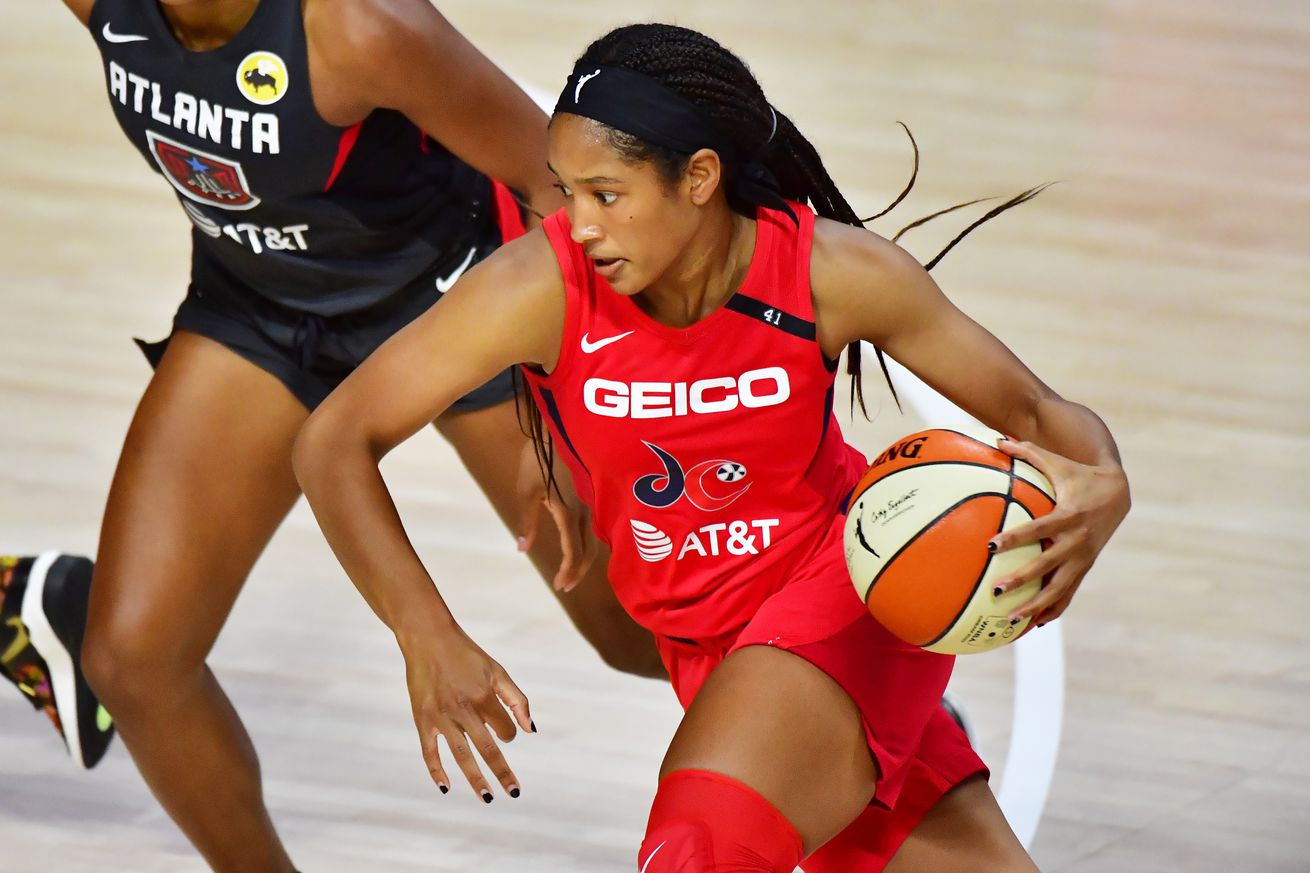 Stella Johnson helped the 4-7 Washington Mystics find the win column again by scoring 0.2 more points than the 24.8 she averaged as a senior in the MAAC. She did it in only her seventh WNBA game and first start. The 2-10 Atlanta Dream were the victims of her big night. Meanwhile, the 8-3 Minnesota Lynx came back to defeat the 4-8 Dallas Wings and the 6-6 Phoenix Mercury failed to come back against the 8-3 Los Angeles Sparks.

The Washington Mystics, who have repeatedly taken hits to their depth this season, started mid-major product Stella Johnson on Wednesday night and the rookie out of Rider University scored 25 points to lead them to a 98-91 victory over the Atlanta Dream at IMG Academy in Bradenton, Florida.

Atlanta received a remarkable 35 points, five rebounds and six assists from Betnijah Laney and 30 points, eight boards and seven helpers from Courtney Williams, but just 26 points from the rest of its players.

Johnson scored 12-straight points for the Mystics during a stretch in the second quarter and went on to hit a key 3-pointer in the fourth that put them up 90-82 with 2:19 to go. She was truly the heroine of the game as she also made two clutch free throws with 28.3 seconds remaining that made the score 94-88 in favor of Washington. Oddly though, she air-balled her first 3-point attempt of the game before finishing 6-of-9 from beyond the arc.

“I was in my head for a little bit there and my teammates were like ‘just shoot, you’re here to shoot and be aggressive,” Johnson explained after the game. “I had to get that through my head that I’m on a WNBA court and I’m here to play.”

Myisha Hines-Allen added 23 points for the winners, while Emma Meesseman notched a 12-point, 10-assist double-double to go along with her six rebounds.

Johnson ended up with 30 minutes and 32 seconds of playing time and rewarded Mystics head coach Mike Thibault’s decision to start her.

“I didn’t want all rookies coming off the bench and Stella practiced well the last couple days,” Thibault said. “I just thought that we could sub a little bit better and have some more balance to our team and it worked out that way.”

The Dream play a top-notch Los Angeles Sparks team at 7 p.m. ET on Friday, with hopes of breaking their nine-game losing streak. The Mystics also play on Friday (8 p.m. ET), against a young and vulnerable, though very talented Dallas Wings team.

Crystal Dangerfield scored 21 points and dished out six assists as the Lynx came back despite being down eight after the first quarter. Allisha Gray had 22 points for a Dallas team that missed out on an opportunity to win two games in a row over good teams. They defeated the Phoenix Mercury on Sunday.

Candace Parker, Chelsea Gray and Brittney Sykes each had 16 points for the Sparks, with Parker notching her sixth double-double of the season and first since Aug. 9 with 12 rebounds. Diana Taurasi caught fire from distance late in the game but missed a free throw with 1:12 remaining that would have cut the Mercury deficit to six and her team never got any closer after that. Phoenix remains in sixth place with the loss — 2.5 games behind Los Angeles, which is in a three-way tie for second.