Recap: Sun are back in the playoffs 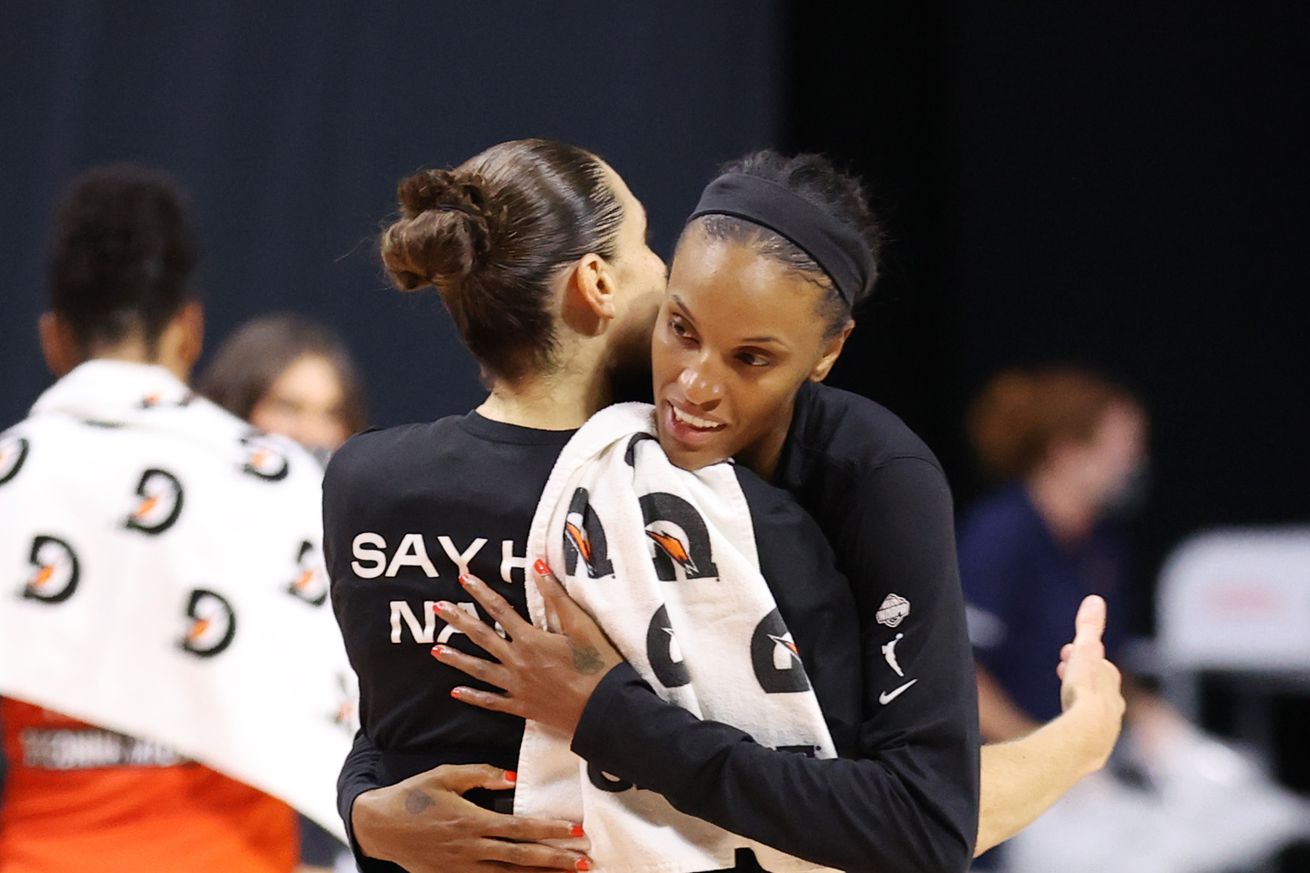 The 10-10 Connecticut Sun — second in the WNBA last year and in the Finals came up just short of a championship — clinched a playoff spot on Monday for the fourth-straight season. DeWanna Bonner’s game-high 25 points led the way against her former team, the 12-8 Phoenix Mercury.

DeWanna Bonner notched a game-high 25 points to go along with eight rebounds and Alyssa Thomas, who scored 22 points, was one assist and one rebound shy of a triple-double in the Connecticut Sun’s g 85-70 playoff-clinching win over the Phoenix Mercury on Monday at IMG Academy in Bradenton, Florida.

After wearing Mercury orange for 10 years, it was Bonner’s first game against her former team since signing with the Sun in this year’s free agency.

– DeWanna Bonner on clinching a #WNBA Playoffs spot against her former team pic.twitter.com/FRvX6P7bWk

Connecticut led by seven after the first quarter and by six at the break before winning the third 17-14 and the fourth 28-22.

With just nine points, the Mercury’s Diana Taurasi took a hit to her MVP resume, but was good for a team-high 19 points.

As usual, Bonner and Thomas carried the bulk of the scoring load for Connecticut but Brionna Jones chipped in with 10 points, three steals and three blocks to round out the five players in double-figure scoring.

Going into the game, the Mercury were by far the better team with regards to shooting percentage but the Sun out-shout them 44 percent to 35 percent from the field and 38.9 to 26.9 percent from distance.

Bonner, Briann January and Natisha Hiedeman each had two triples with January (2-of-3) being the most efficient on the night from distance. Both of Hiedeman’s and January’s threes came in the fourth quarter to help the Sun maintain its lead late.

Diggins-Smith knocked down a game-high three triples on six attempts, but Taurasi was an uncharacteristic 1-of-9 from beyond the arc.

In addition to the better shooting percentages, Connecticut forced more turnovers than Phoenix. The Mercury lost possession 16 times while the Sun faltered just seven times in that department. Connecticut also picked up four additional steals to Jones’ three to best Phoenix seven to three in that category as well.

The win put the Sun out of reach of the ninth-place Washington Mystics. Prior to the win, it was still possible for Connecticut to fall behind the Dallas Wings (currently in eighth place) and lose the eighth-place tiebreaker based on Washington’s superior record against teams with .500 records or better.

The two teams will have a day to regroup before they meet again at 7 p.m. ET on Wednesday — Monday’s game was a rescheduled contest from the week of the Jacob Blake shooting and the ensuing WNBA protest. The Mercury still have a shot at a first-round bye in the playoffs so look for them to come out with a sense of urgency. The game can be seen on Facebook or FOX Sports Arizona Plus.