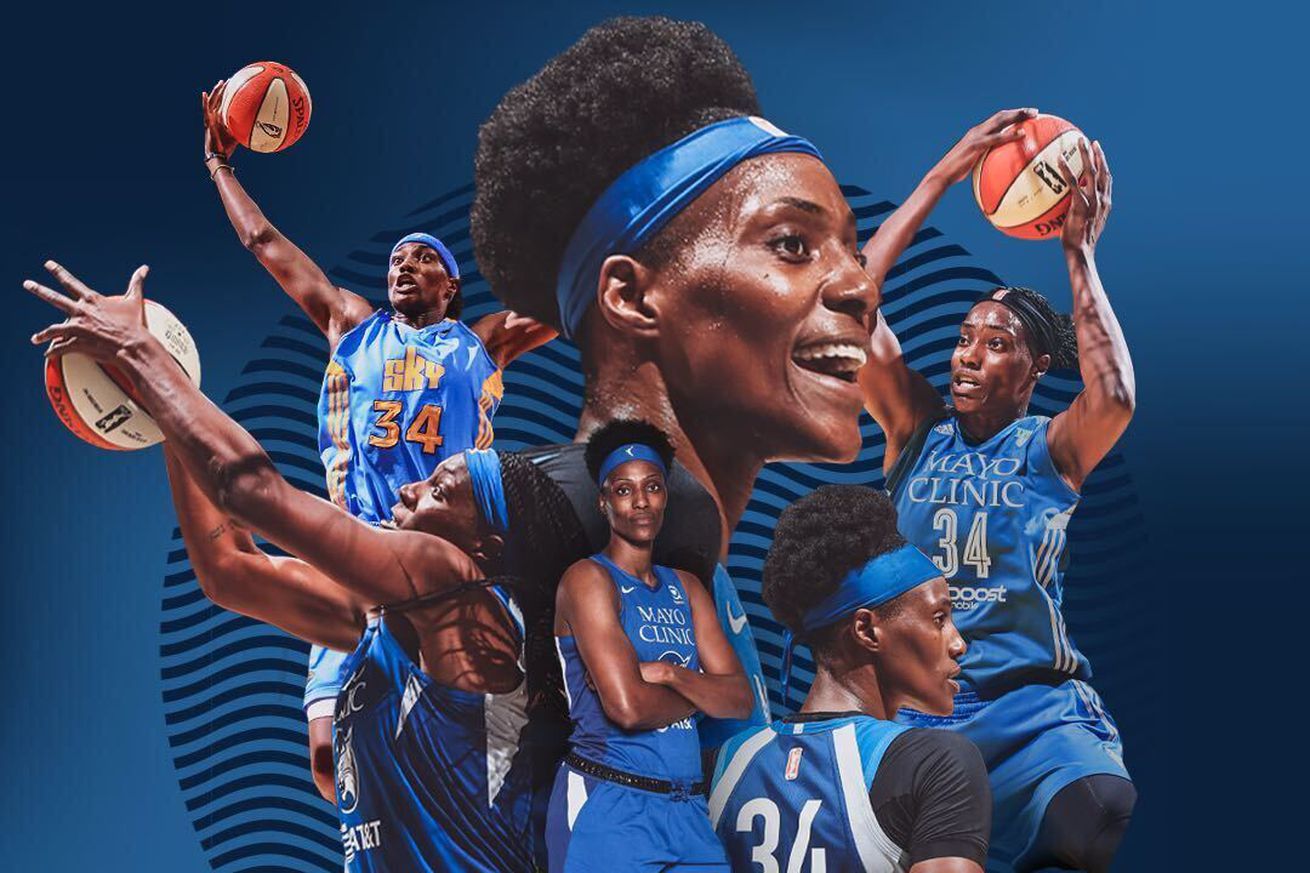 Sylvia Fowles on Tuesday, July 28, 2020, became the WNBA’s all-time leader in rebounding at age 34. | Photo courtesy of the Minnesota Lynx

Sylvia Fowles of the Minnesota Lynx has averaged double-digit rebounds in a season six times in her career. She is now the WNBA’s queen of rebounding. Plus, how the Lynx lost and recaps of Tuesday’s other game action.

In the Lynx’s 90-66 drubbing by the Seattle Storm at IMG Academy in Bradenton, Florida, Fowles hauled in 11 boards to put her at 3,361 career rebounds, five ahead of Brunson.

Seattle (2-0) was up seven after the first quarter, and six at halftime, before outscoring Minnesota 28-17 in the third quarter. The Storm’s Breanna Stewart scored 18 points for the second-straight game, this time with 10 rebounds for her first double-double of the season, while teammate Sue Bird went 4-of-6 from downtown.

Fowles finished with 15 points in defeat, while Damiris Dantas led the Lynx in scoring with 18 points; Dantas also contributed seven rebounds. Napheesa Collier tallied 11 points, seven rebounds and a team-high five assists, but she and Dantas turned the ball over six times apiece. Minnesota finished with 19 turnovers, eight more than Seattle, and Collier and Dantas were responsible for 12 of the Lynx’s lost possessions.

The Storm also out-shot the Lynx from the field (53.0 percent to 33.9 percent) and from 3-point range (44.0 percent to 27.8 percent). The two offensive areas in which Minnesota did well were free throws and rebounds. The Lynx got to the line eight more times than Seattle and made 19 of their 21 shots from the stripe. Meanwhile, Minnesota had eight more offensive boards than the Storm, with Fowles and Dantas each contributing four.

The Storm will face the Washington Mystics in a battle of 2-0 teams on Thursday. Only those two teams, plus the Chicago Sky (2-0) and the Atlanta Dream (1-0), remain undefeated.

The Lynx will face the Sky on Thursday.

Aerial Powers followed up Myisha Hines-Allen’s phenomenal opening game by matching her with exactly 27 points, setting a career high in scoring of her own in the Washington Mystics’ 94-89 victory over the Connecticut Sun (0-2).

With 5:52 to go in the fourth quarter, Powers threw a long football-style pass ahead to Hines-Allen, who converted on a layup that put the Mystics up by 15 points. A few minutes later, Powers stopped a 7-0 Connecticut run with a deep 3-pointer to put Washington back up by 11. The Mystics, who let the Sun back in the game multiple times throughout the contest, benefited from that cushion and were able to hang on for a five-point win.

Shot clock winding down, AP from deep, it’s like it was scripted.

Tonight’s Play of the Game pres. by @CapitalOne pic.twitter.com/LA1VLkqYgD

“I think I did a pretty good job,” Powers said of her fourth quarter. “I had a few good passes. A couple to Myisha. And she knocked (the shots) down.”

Ariel Atkins and Hines-Allen notched 16 points apiece for the winners, with the latter also collecting eight rebounds and three steals.

“I think for the most part she did a good job,” Thibault said of Hines-Allen following up her performance in the season opener. “Had some big plays. I think she has got to kind of resist the urge to put too much pressure on herself.”

Washington forward Emma Meesseman tied a career high in assists, with eight, to go along with 12 points and six rebounds. The four players in double-figure scoring gave the Mystics enough offense to outdo the DeWanna Bonner’s 29 points and Alyssa Thomas’s 28 points for the Sun.

Kahleah Copper went for 21 points and nine rebounds, while teammate Azurá Stevens notched 21 and eight boards and four assists in a blowout victory for the Sky. The Sparks (1-1) were led by Brittney Sykes’ 16 points.