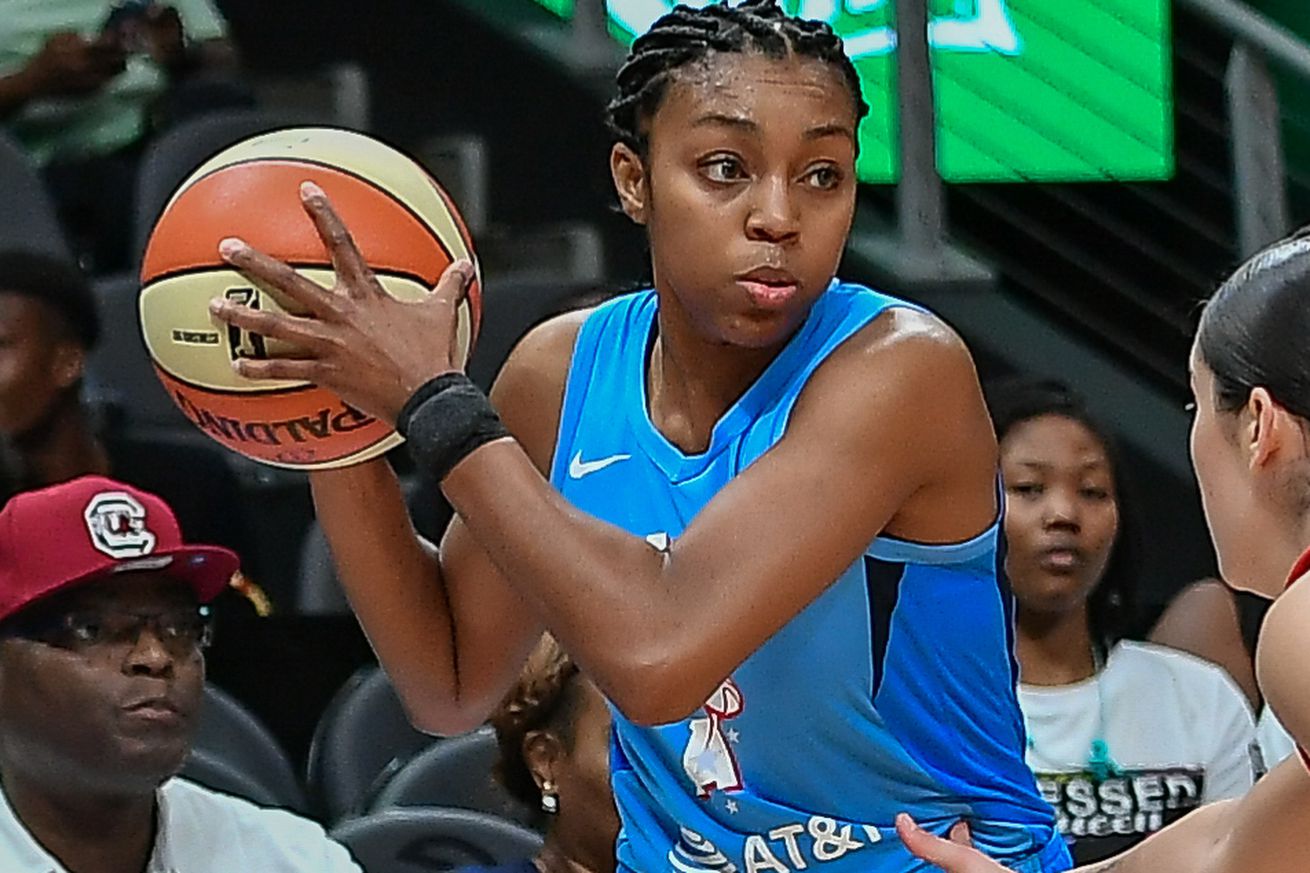 Renee Montgomery, an 11-year veteran, has a career scoring average of 9.7 points per game. She was the No. 4 overall pick in the 2009 WNBA Draft. | Photo by Rich von Biberstein/Icon Sportswire via Getty Images

On Thursday, Renee Montgomery of the Atlanta Dream became the latest WNBA player to announce her decision to sit the 2020 WNBA. She joins Maya Moore of the Minnesota Lynx, via separate initiatives, in working toward ending systemic racism in the United States.

After much thought, I’ve decided to opt out of the 2020 WNBA season. There’s work to be done off the court in so many areas in our community. Social justice reform isn’t going to happen overnight but I do feel that now is the time and Moments equal Momentum. Lets keep it going!

Imani McGee-Stafford of the Dallas Wings announced prior to the 2020 season that she will sit the next two seasons to attend law school with goals of eventually embarking on policy work on behalf of abuse victims.

Montgomery, an 11-year veteran, hopes to foster change in the Atlanta area.

“I think the (positive) response that I got (today) confirmed to me that this is where I need to be,” Montgomery said during a virtual press conference on Thursday.

She puts on hold what has been a solid career that includes an All-Star appearance in 2011. She became a consistent starter with the Dream — 68 games over the past two seasons, more than with any other team throughout her journeywoman career.

Highlight: Montgomery lighting it up in 2018

At 33 years old, she may still have a lot of basketball left but Montgomery has followed in the footsteps of her former college and pro teammate, Maya Moore, by leaving the court to fight for social justice. Moore was already planning to miss the 2020 season to fight for criminal justice reform and the release of Johnathan Irons, an African-American man from her home state of Missouri whom she believes was wrongly convicted.

Moore’s work towards criminal justice reform caused her to miss the 2019 WNBA season as well.

Montgomery overlapped with Moore at UConn and the pair also won two WNBA titles together with the Minnesota Lynx (2015, 2017).

The murder of George Floyd in Minnesota, however, “woke the whole world up,” Montgomery said, and influenced her to get involved in protests demanding an end to police brutality.

“I actually haven’t (spoken to Maya),” Montgomery said. “It’s funny because I knew when she did it I always thought ‘that’s interesting.’ I didn’t really get it yet. I always just thought ‘my Maya’s dope.’ And then when I got the urgency and the feeling that I needed to do something, too, then I got it. So, that’s why I started telling people, (Maya’s) the smartest person in the room because she was ahead of the time.”

“I talked to (UConn) coach (Geno) Auriemma yesterday and he was asking me the same questions he asked her when she called him,” Montgomery added. After talking to Auriemma, she realized she was willing to sacrifice finances as well as her basketball future for the sake of ending racial injustice.

“I was answering (his) questions in my mind and then this morning I told everybody that I’m going to opt out,” she said.

Montgomery also added that she didn’t want to go into the Bradenton, Florida, “bubble” — the site of the 2020 WNBA season — and not be able to come out. But her ambition for the cause of ending police brutality was the deciding factor.

Montgomery is the latest but could become the first of many WNBA players who follow suit and sit the 2020 season.

When asked about what contributions she’d like to see from NBA players, the former UConn star said:

I think everybody (should) use their platform. There’s no right way to do this. LeBron had made a statement that he can do a lot inside the bubble. He’s LeBron; he really can. I believe that no matter where LeBron is he can create waves. I think that if all of the athletes — whether it’s tweeting or doing whatever — if we all use our platforms and have the same common goal, I really think that something amazing is going to happen. … Everyone’s going to have their own way of how they create change.