Sick of the silence 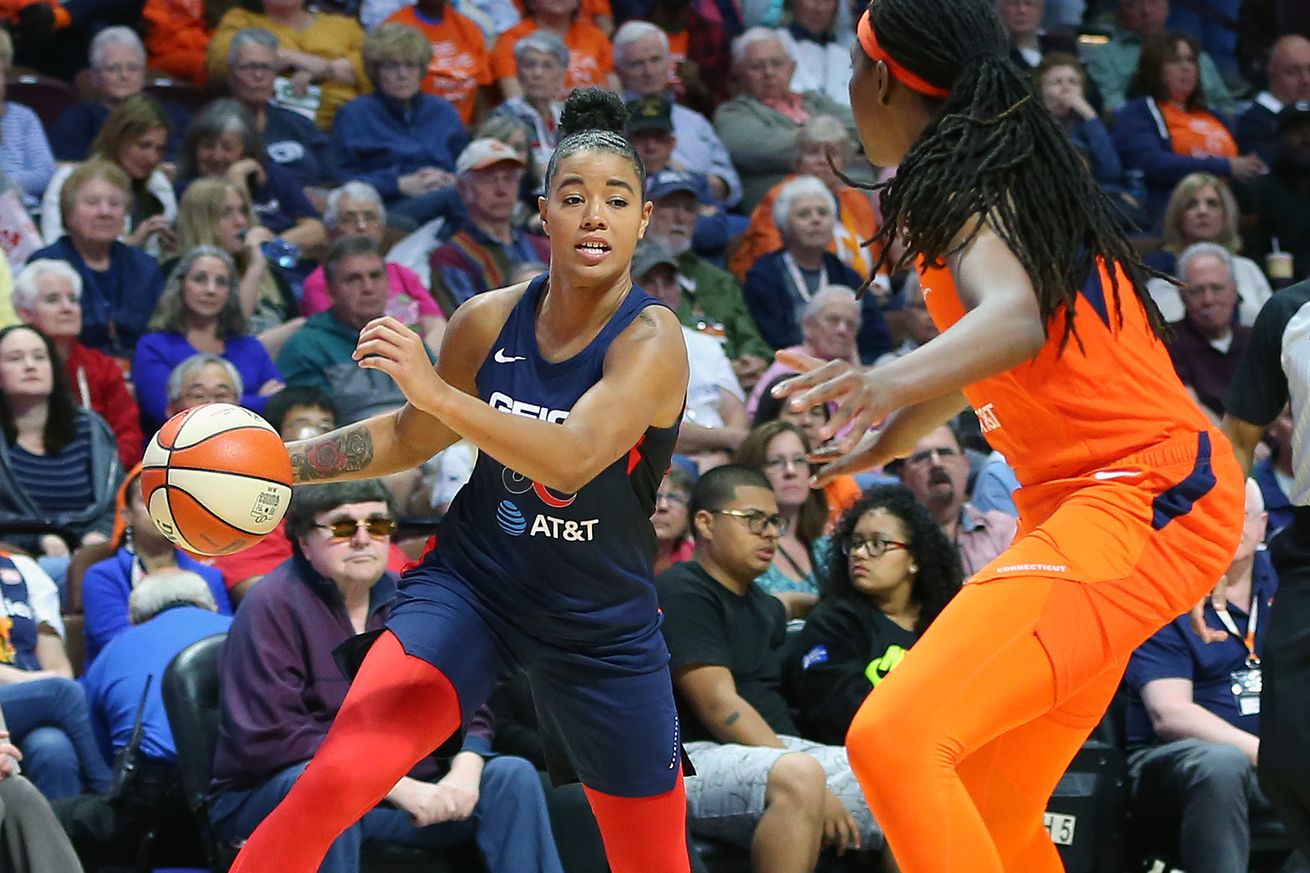 Rivals in the 2019 WNBA Finals, Natasha Cloud (left) and Jonquel Jones have used their platforms to initiate needed conversations about the ills of white supremacy. | Photo by M. Anthony Nesmith/Icon Sportswire via Getty Images

Once again, it is women’s basketball players speaking out against the insidiousness of racial injustice. Among others, Natasha Cloud, Jonquel Jones and Chloe Jackson have called out the ills of white supremacy, including how these ills still infect women’s basketball.

In the days since a Minneapolis policeman brutally murdered George Floyd, and sparking nationwide protests against state-sanctioned violence against people of color, women in the basketball world have voiced their support for black lives and their opposition to police brutality.

By previously leading protests, WNBA and college players placed pressure on the organizations governing women’s basketball to show their solidarity, leading teams to use their social media platforms to communicate concern for the humanity of people of color.

Among other expressions of empathy and indignation, Minnesota Lynx head coach Cheryl Reeve used her platform to call for the firing of Bob Kroll, the head of the Minneapolis Police Union.

THIS! To the officers who are TRULY interested in bringing REAL change to the MPD culture of policing as it pertains to our black communities, STAND UP. No more being bullied into voting this “man” as your leader. It is a reflection of YOU. #KrollMustGO https://t.co/tpUCOg4eu1

In an essay for The Players’ Tribune, Washington Mystics star Natasha Cloud made clear why any continued silence from white-controlled institutions and individuals is unacceptable:

But you know what crushes me most of all?? It’s how the systems of power in this country are built so strong, and with such prejudice, that in order for white supremacy to flourish — people don’t even have to actively be about white supremacy. They don’t have to carry the burden of being openly racist, or waste their energy on being loudly oppressive. It’s not like that at all. All they have to do is be silent.

Still, as Connecticut Sun star Jonquel Jones hints in an Instagram post, such symbolic support is insufficient without substantive efforts to redress the inequitable racialized power dynamics that infect all aspects of American society, including the WNBA.

“They not ready to hear that, though,” Courtney Williams, Jones’ former teammate, replied.

Nevertheless, as Cloud expresses, the simple absence of silence is a meaningful first step:

Man — like, when I see Elena Delle Donne posting on her IG story the other day?? You have no idea what that does to my spirits, or what that means to me. I saw Elena’s post, and I was just like….. Ahhh, I fucking KNEW my teammate would have my back. I knew it. And that felt so good. That’s the MVP of our league, one of the most famous white basketball players alive, and now everyone is seeing how real she is. How she didn’t hesitate — she got in there. And it was like, even that ONE post on its own, it took just a little bit of the weight off my shoulders. It made me feel just a little less powerless in this world.

Idc. YOUR SILENCE IS LOUD!! Speak up! @BaylorWBB @KimMulkey and it is heartbreaking.

Some of women’s college basketball’s other top teams — South Carolina, UConn, Oregon, Notre Dame — have signaled their support or expressed their sorrow, with Hall of Fame head coach Dawn Staley declaring in an essay in The Players’ Tribune that she feels a need to “do something to save the next person” from racial violence.

Baylor and Mulkey have not.

Throughout her tenure at Baylor, Mulkey has organized her program around white hetero-patriarchal values. Her treatment of Brittney Griner and decision to make the majority-black 2019 NCAA champion Lady Bears visit the White House, the first women’s sports team to do so under Trump, are not mere expressions of her “more conservative” political leanings. Her actions ignore the full humanity and integrity of the people who suit up for her team.

Mulkey’s silence does not reveal her complicity with white hetero-patriarchal supremacy.