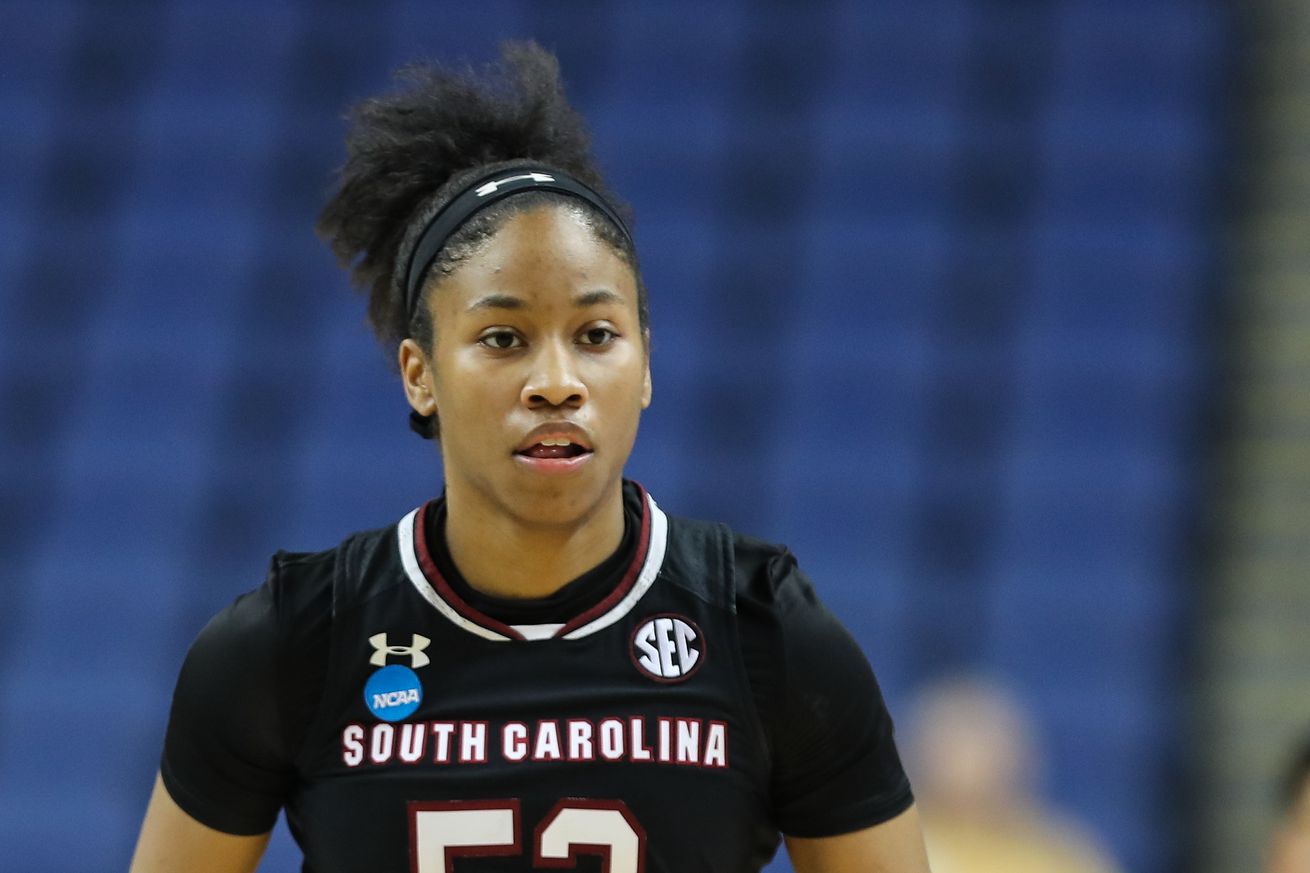 The No. 1 South Carolina Gamecocks have been the best team in the country, relatively easily navigating a tough SEC schedule. The No. 12 Texas A&M Aggies are trying to spoil the Gamecocks’ chance at going undefeated in the conference for the second time in program history.

The No. 1 South Carolina Gamecocks put their 22-game win streak on the line against the No. 12 Texas A&M Aggies, who lost the last time they took the court. It’s the final home game for the Gamecocks and Coach Dawn Staley’s two seniors, Tyasha Harris and Mikiah Herbert Harrigan, will be honored for Senior Day.

Tyasha Harris is not a prolific scorer, but she is South Carolina’s unquestioned leader who drives the offense. Harris scores 12.2 points and leads the SEC with 5.5 assists per contest. Aliyah Boston looks to have a bright future at South Carolina. The freshman center leads her team in scoring with 12.9 points and is also a certified rim protector with 75 blocks on the season which is the fifth most blocks in a season for South Carolina.

For the Aggies, Chennedy Carter is second in the SEC with 21.7 points per game. However, Carter will want to play better than in the Aggies’ loss to Alabama, when she shot 5-of-20 from the floor. How the Gamecocks keep Carter in check will be a big piece to keeping their win streak alive. N’dea Jones averages a 11.4 points and 11.7 rebounds per game and will be tasked with limiting the fifth best offensive rebounding unit in the country.

How to watch/listen: ESPN2, Gamecocks All-Access