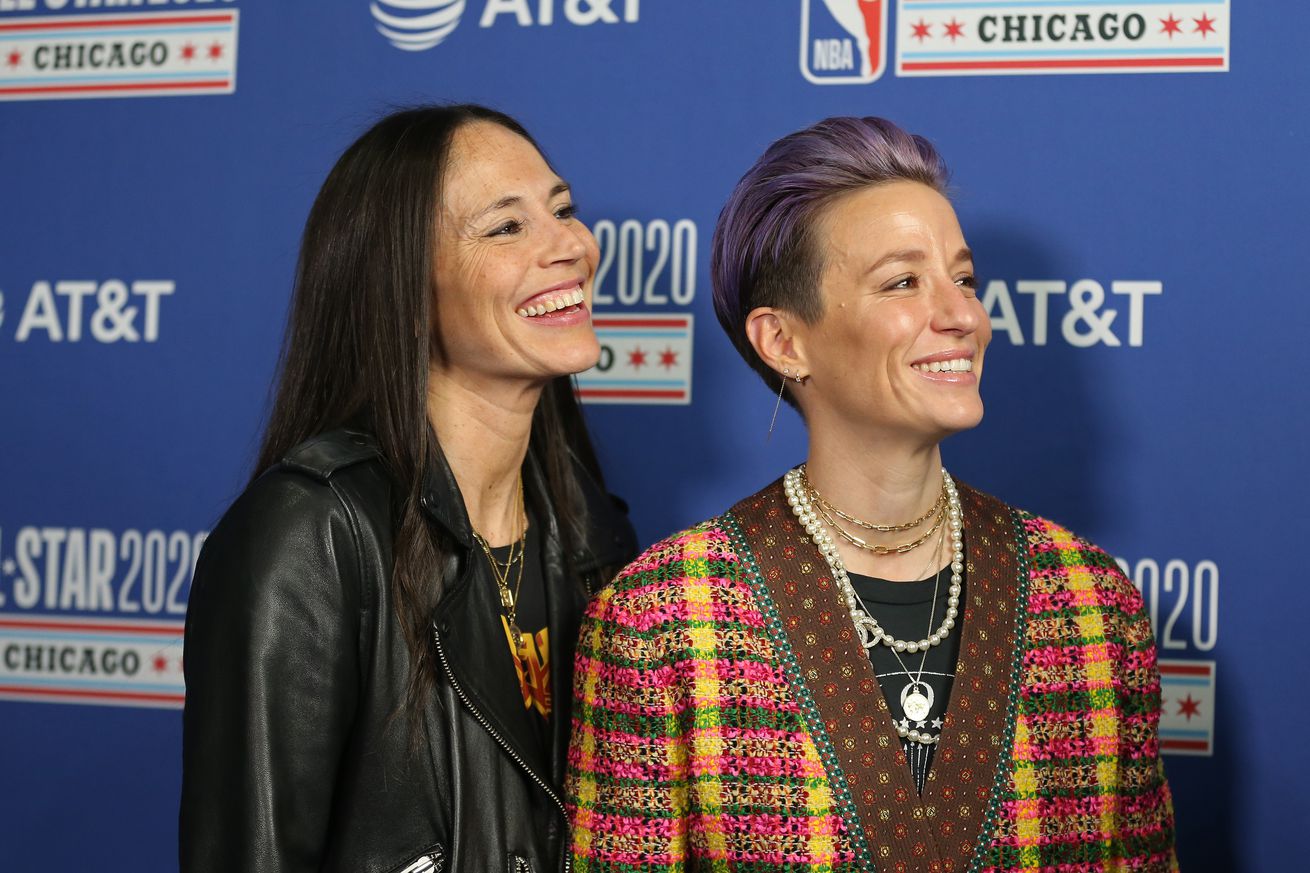 Sue Bird (left) and Megan Rapinoe have reached the pinnacle of their respective sports. | Photo by Allison Farrand/NBAE via Getty Images

Sue Bird of the Seattle Storm and U.S. soccer player Megan Rapinoe have been a well-known couple over the past few years. Now they are engaged.

Bird, a point guard for the Seattle Storm who recently won her fourth WNBA championship, revealed the news on her Instagram account on Friday. Rapinoe, a member of the U.S. women’s national soccer team, was seen in the Bradenton, Florida bubble this past season cheering on the woman who is now her fiancée.

Bird celebrated her 40th birthday on Oct. 16 and is still an impact player for the Storm, the team she has spent her entire career with. The 11-time All-Star averaged 9.8 points and 5.2 assists this past season and stepped up with a 16-assist game in Game 1 of the WNBA Finals on Oct. 2, setting a playoff record.

It has been a special October for one of the WNBA’s all-time greats.