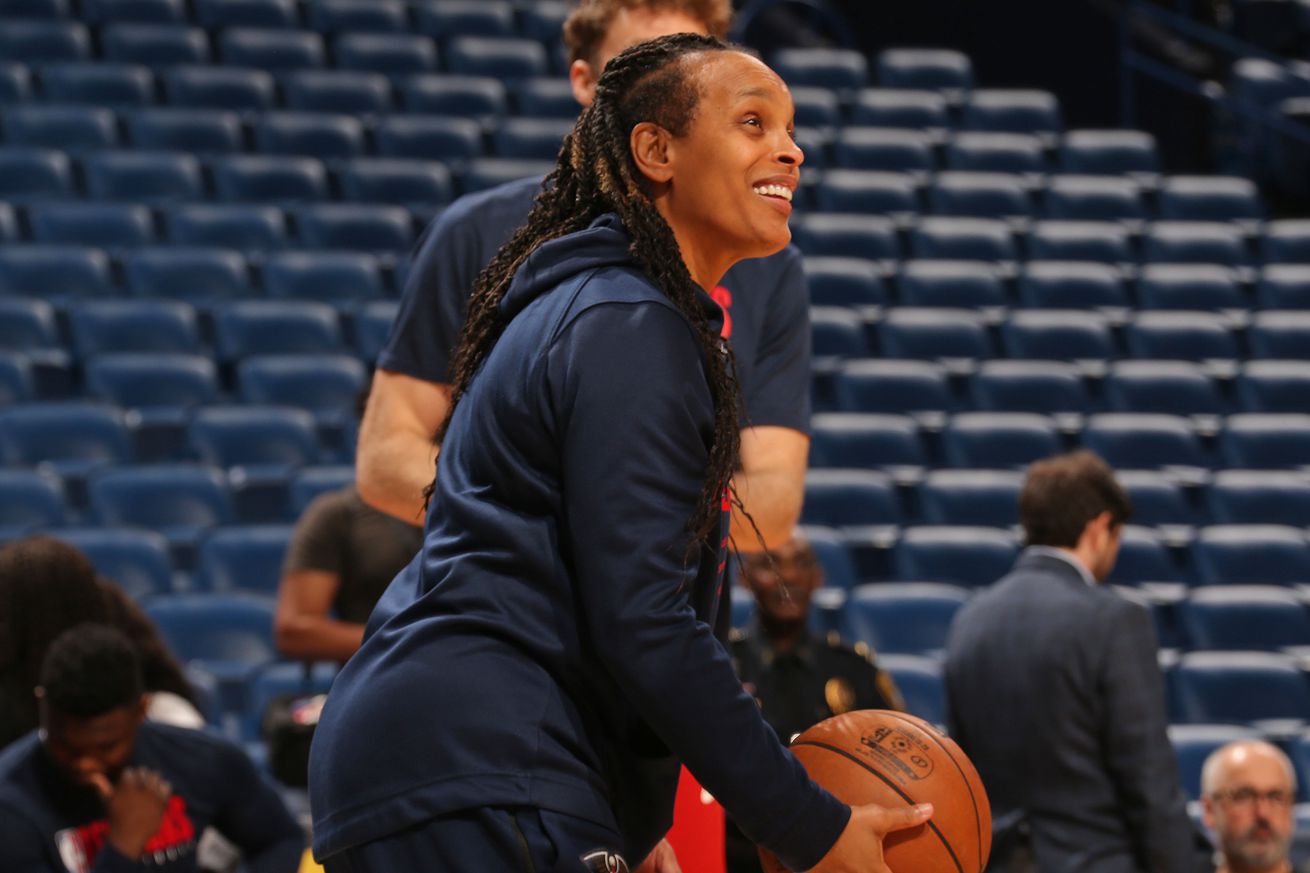 Teresa Weatherspoon went to five WNBA All-Star Games in a row from 1999 to 2003. | Photo by Layne Murdoch Jr./NBAE via Getty Images

Teresa Weatherspoon has been promoted within the New Orleans Pelicans organization to a full-time assistant coach position. Weatherspoon played nearly her entire WNBA career with the New York Liberty.

Former Louisiana Tech and New York Liberty star Teresa Weatherspoon can now add her name to the list of full-time female assistant coaches in the NBA.

Weatherspoon, formerly a two-way player development coach who split her time with the New Orleans Pelicans of the NBA and their G-League affiliate (the Erie BayHawks), has been promoted to a full-time assistant coaching role at the NBA level, the Pelicans announced on Monday. She was in her previous role for one season (2019-20).

Brittni Donaldson of the Toronto Raptors, Lindsay Gottlieb of the Cleveland Cavaliers, Jenny Boucek of the Dallas Mavericks, Becky Hammon of the San Antonio Spurs, Sonia Raman of the Memphis Grizzlies, Lindsey Harding of the Sacramento Kings and Natalie Nakase of the Los Angeles Clippers were the only seven women in full-time assistant coaching roles in the NBA prior to Monday.

Weatherspoon’s resume includes three years as the director of player and franchise development for the New York Liberty, a team she spent seven seasons with as a player. She was also the head coach at her alma mater for five years.

Weatherspoon is an Olympic gold medalist, NCAA national champion and a member of the Naismith Memorial Basketball Hall of Fame.