The Best Player Who Never Won a Title: Tina Charles 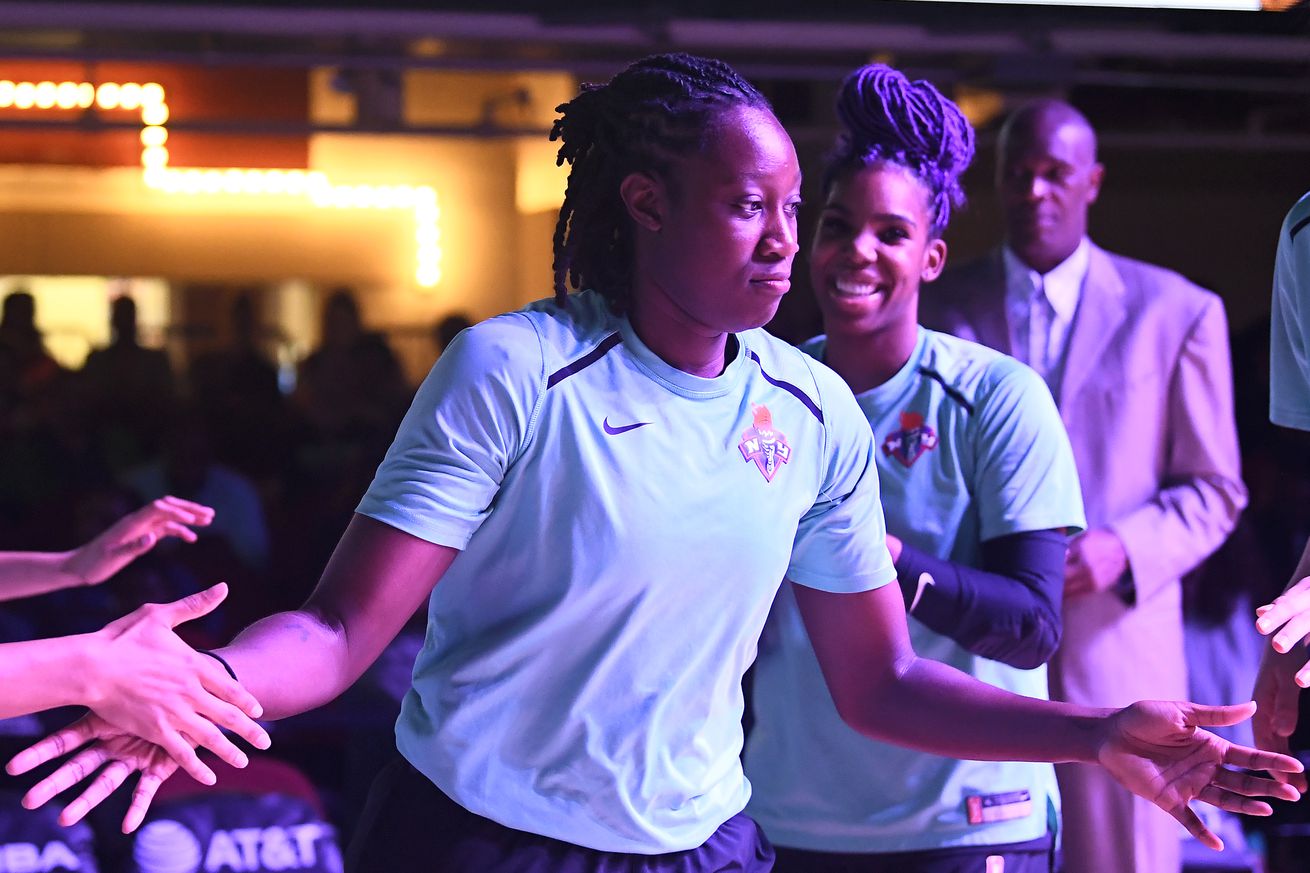 Tina Charles (center) is averaging nearly a double-double for her career. | Photo by Catalina Fragoso/NBAE via Getty Images

New York Liberty center Tina Charles is the only former WNBA MVP without a championship ring.

Tina Charles has shot and rebounded her way into rare air in the WNBA, averaging 18.1 points and 9.5 rebounds per game over the course of her professional career. She is a two Olympic gold medalist; a seven-time All-Star; all-time leader in rebounding for the storied UConn Huskies (1,367); the WNBA Rookie of the Year (2010); and WNBA MVP (2012). Yet, in her 10-year career, Charles has been limited to five playoff appearances and she has never appeared in the Finals.

Charles was drafted No. 1 overall by the Connecticut Sun in 2010 where she played four seasons (three under Mike Thibault). During her 2012 MVP campaign, Charles helped the Sun to a 25-9 record and a trip to the Eastern Conference Finals.

The Sun won Game 1 of that series against the Indiana Fever, but Tamika Catchings and company won the next two games en route to the WNBA Finals and the 2012 title.

Catchings was in her 11th year and desperately seeking her first championship. Charles, only in her third year, was left to wonder what could have been. The Sun were the No. 1 seed in the Eastern Conference and could have given the Minnesota Lynx a run for their money in the Finals.

Connecticut split with the Lynx in the 2012 regular season.

Thibault became the head coach of the Washington Mystics in 2013 and the Sun plummeted to a league-worst 10-24 record. After seven years of hard work, Thibault in 2019 succeeded in bringing a first-ever championship to the Mystics organization. The storylines of Catchings and Thibault are two of the best feel-good narratives of the past decade in the WNBA.

Charles, unfortunately, ended up on the wrong side of both scripts.

In 2014, Charles signed with the Liberty and returned to where she grew up: New York. In 2015, she reached the Eastern Conference Finals for a second time but could not advance.

The Liberty have made the playoffs three times in Charles’ six years with the team and they missed out on the postseason the past two seasons under coach Katie Smith, whose contract was not extended for 2020.

At 31, Charles is still at the top of her game. She was an All-Star selection in each of the last three seasons and, in 2019, she became the all-time leading scorer Liberty franchise history.

She has been cored by the Liberty, but has yet to officially re-sign.

In January, the Liberty hired a new head coach in former Minnesota assistant Walt Hopkins. When asked about Charles in a WNBA conference call on Monday, Hopkins said:

Right now Tina is with the Liberty … We’ll keep our options open and find a way to maximize this group.

If Charles does return to the Liberty, it’s pretty safe to say she will be playing alongside Oregon Ducks star and triple-double threat Sabrina Ionescu.

Arguably the best women’s college basketball player of all-time, Ionescu is the projected to be the 2020 draft’s No. 1 overall pick, which is owned by the Liberty. Ionescu can score and rebound, and she is even better at distributing. In her 2019-20 senior season, Ionescu led the nation with 9.1 assists per game.

She could be a perfect fit with Charles, who can score inside and is excellent at making fall-away shots in the key. With Ionescu being great at drawing defenders to her, Charles would have space to operate anywhere inside the arc. That might mean Charles doesn’t create her own shot as much — something that might come as a relief after years of doing it all. She would be left to finish easy layups and open looks.

Ionescu could be a huge help to Charles’ quest for a championship. So could third-year player Kia Nurse, who had a breakout All-Star season last year and was the Liberty’s second-best scorer after Charles with 13.7 points per game. New York’s top pick from 2019, Asia Durr, is an elite scorer and former Louisville Cardinal who will have a chance to grow in her second season and potentially become a major contributor as well.

Charles was born in Jamaica, Queens, and played high school basketball at Christ the King — about a 30-minute drive from Barclays Center in Brooklyn, the Liberty’s new home arena starting with the 2020 season. It would be fitting if Charles found a way to win it all without leaving New York.

As for her potential counterpart, Ionescu is a natural at playing in high-pressure situations. If she steps up under the bright lights of Brooklyn, Charles may be able to claim team success reflective of her individual achievements. Finally, finally, she may be able to bring a championship to her home city.