The Grass Ceiling in Irish sport 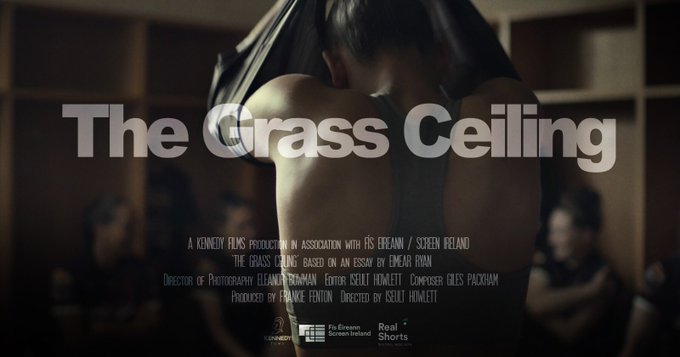 Films about women in sport can be fluffy, but not The Grass Ceiling. Watching the trailer you’re left with one line running around in your head: engine not ornament.
The short had its premiere at the Cork Film Festival on Saturday so it reflects the views of women who love competing but until recently didn’t have a voice.
The three athletes featured are Rianna Jarrett, soccer; Elise O’Bryne-White and author/camogie player Eimear Ryan.
Eimear wrote a piece in the Irish Examiner explaining the background, a lovely tale of moving from an essay tentatively exploring frustration to eventually a short film. She says: “The essay ended up being as much about gender as it was about hurling, as I tried to convey what it was like growing up in a sport where the women’s code was always secondary to the men’s.”
Film-maker Iseult Howlett read that eassy in Winter Papers and this is the result. Trailer here, and follow Iseult on Twitter for more viewings.
0
Previous Post
Next Post