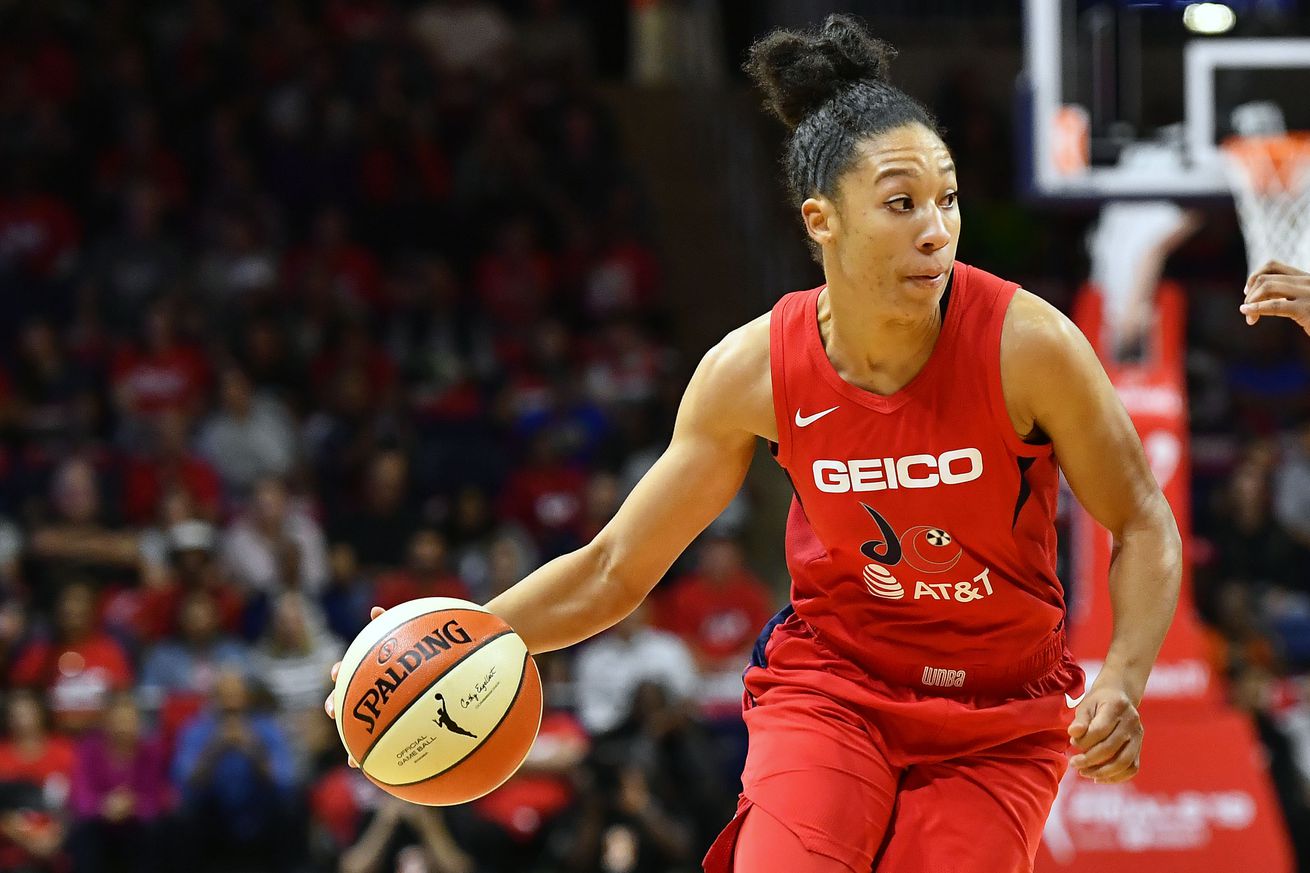 Aerial Powers is a fiery player on the court and when she’s playing NBA2K. | Brad Mills-USA TODAY Sports

Washington Mystics shooting guard Aerial Powers has spent the past three evenings announcing Season 3 of The Tipoff, an NBA2K video game tournament that features gamers from around the world.

Powers will be back on ESPN2 tonight (as well as on Twitch and YouTube Gaming) to call the semifinals and championship games. The action will begin at 7 p.m. ET with Jazz Gaming taking on Kings Guard Gaming in Game 1 of their best-of-three semifinals series. The Gen. G Tigers of Shanghai and Raptors Uprising GC will play in the other semifinals series, also at 7 p.m. ET.

The championship round, also a best-of-three- series, starts at 10 p.m. ET.

thank you soooo much!! *starts dancing * I LIVE FOR THIS!! thanks for the opportunity https://t.co/SvpXfJErtg

An avid and talented NBA2K player herself, Powers has already called a handful of games in the tournament this week. She is the most recognizable 2K player from the WNBA and has been helping spread the word about the tournament during the COVID-19 quarantine.

Each member of the 2K teams has a video game character created with specific talents. There is a maximum amount of talent you can give a player, so gamers have to choose which areas of basketball they want their character to excel at.

76ers Gaming Club won the first two Tipoff championships in 2018 and 2019. This year, Raptors Uprising is the favorite to win the championship after going 9-0 in the regular season.