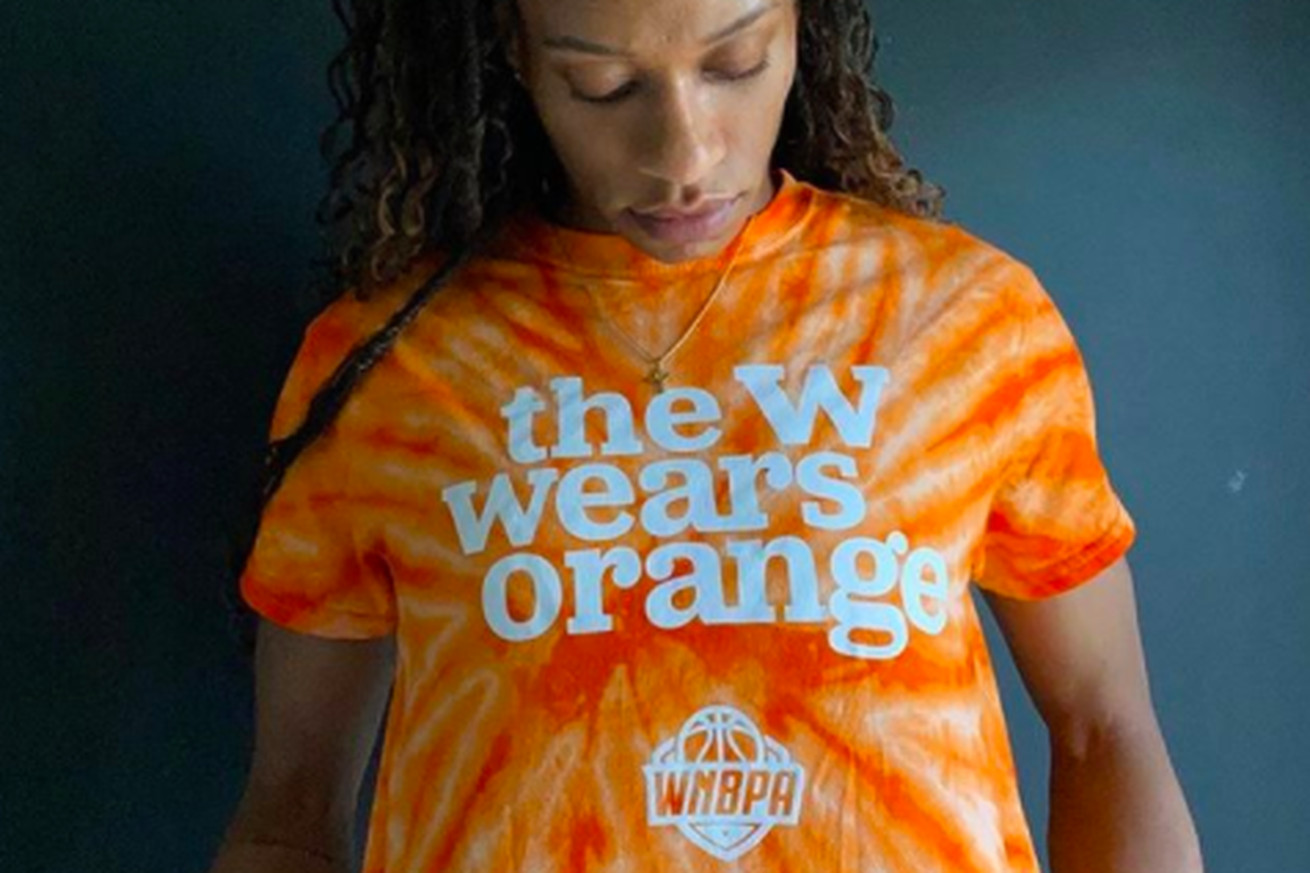 Fourth of July weekend spotlighted our nation’s gun violence problem. WNBA players are doing something about it, and here’s how you can get involved.

Deadly gun violence was the name of the game in many U.S. cities over Fourth of July weekend, with multiple people including children being shot to death in Atlanta, Chicago, New York and Philadelphia, among other locales. Now the players of the WNBA, with support from the players’ union, are taking a stand against America’s deadly scourge, even as they prepare to begin training camps to tip off the 2020 WNBA season from the Bradenton, Florida, bubble, and even as players both inside and outside the bubble fight for racial justice and an end to the police killings of Black Americans.

Thus, the players are supporting Everytown for Gun Safety, “a movement of Americans working together to end gun violence and build safer communities.”

This special orange tie-dye shirt from BreakingT is licensed by the WNBPA, with proceeds going to Everytown for Gun Safety.

Swish Appeal has affiliate partnerships. These do not influence editorial content, though Swish Appeal and SB Nation may earn commissions for products purchased via affiliate links. For more information, see our guiding principles.