Three Up, Three Down: Power forwards heating up the WNBA

By Eric Nemchock on Wednesday, September 9, 2020 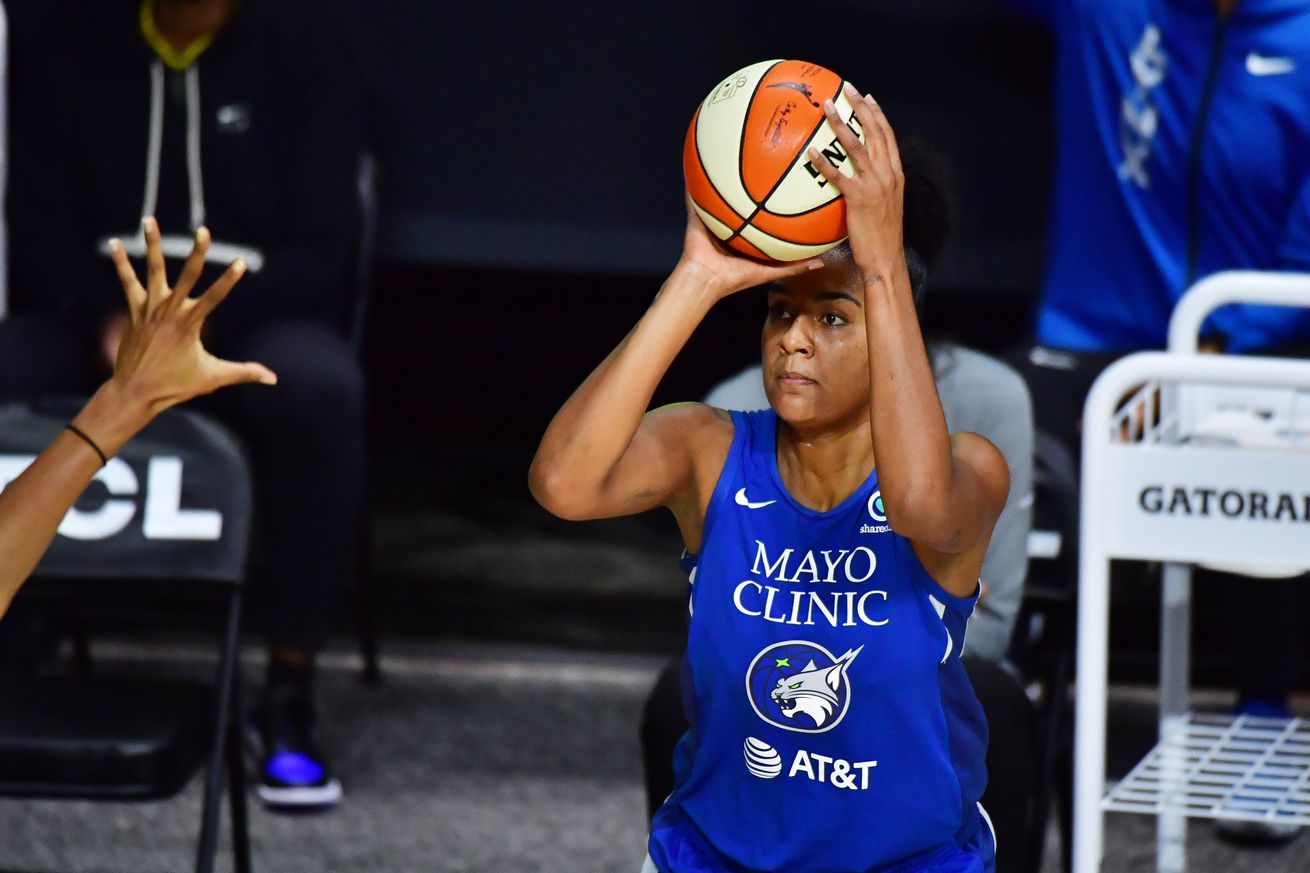 The Lynx have become increasingly reliant on the 3-point shot, which has been good news for forward Damiris Dantas. | Photo by Julio Aguilar/Getty Images

The 2020 WNBA regular season is wrapping up, which means many players’ fantasy value is now dependent on where their respective teams are in the standings. There are a few frontcourt players, in particular, who should be at the top of your fantasy basketball shopping list.

We have just one week remaining in the 2020 WNBA season but there’s still plenty to be decided. While teams at the top of the standings are jockeying for playoff positioning, others are fighting just to get into the playoffs — all except for the New York Liberty, who already have been eliminated.

For fantasy basketball enthusiasts, this is a crucial period. It’s important to know which players will be resting and which will be getting all the minutes they can handle, depending on their respective teams’ situations. Let’s look at a few must-own players — as well as a few you should avoid — for the final week of the regular season.

The Sky’s depth has been crippled since the loss of Azurá Stevens and Diamond DeShields. While it’s reflected in the team’s recent record, it has forced head coach James Wade to invest more minutes on the players he was already leaning heavily upon.

Parker is one of those players. She’s been great all season, and in the Sky’s last three games (all losses), she has averaged 20.3 points and 10 rebounds (4.3 offensive). Parker has even sprinkled in a few 3-pointers here and there, raising her 3-point accuracy on the season to a surprising 41.4 percent.

Outlook: Parker, of course, is not exactly a stretch five, but the rest of those numbers are legit. It’s been fun to watch her blossom as a starter and, given the Sky’s lousy frontcourt situation, she’s one of the highest-value fantasy options out there right now.

The Lynx have continued to prosper despite the absence of low-post stalwart Sylvia Fowles, and the play of their remaining forwards is a major reason. The team has been scorching-hot from 3-point range since the start of September, with its offense depending on pick-and-pops to get good looks.

That’s right in Dantas’ wheelhouse. She has flourished in Minnesota’s new-look small-ball lineup, teaming up with guards Crystal Dangerfield and Odyssey Sims to form deadly ball screen combinations. Dantas’ 12.7 points per game are a career high, and she’s connecting on 42.7 percent of her 3-point attempts.

Outlook: Three-point shooting has suddenly become a major part of Minnesota’s offense. While Dantas will never be a high-usage player (few Cheryl Reeve players are), the role she’s been playing for the Lynx has been crucial. There’s no reason to expect it won’t continue.

The 2019 WNBA Defensive Player of the Year got off to a slow start in 2020, but she’s been much better as of late. Howard has scored in double figures in nine straight games, and per 100 possessions, she’s been rebounding and stealing the ball at a higher rate than she ever has.

Howard’s usage still pales in comparison to what she put up in 2019, but it was never realistic to expect her to repeat that with Breanna Stewart back in the lineup. The most important thing is that her activity level is back up to where it needs to be, which is yielding major fantasy production.

Outlook: The 0.37 assist/turnover ratio is annoying, but Howard’s production on the boards and on defense more than make up for whatever headaches she causes with the basketball. The biggest problem Howard faces as a fantasy asset is the depth behind her. With both Ezi Magbegor and Mercedes Russell giving the Storm good minutes off the bench, Howard has yet to play 30 minutes in a game. On a per-minute basis, though, there are few better.

Hawkins was a vital part of Washington’s championship run in 2019, establishing herself as one of the WNBA’s best stretch forwards but she hasn’t had the same success this season. Her minutes are up to roughly 20 per game but her effective field goal percentage has plummeted from 58.9 percent last year to 48.9 percent in 2020. Thus, her overall scoring output (9.5 points per game in 2019 and 8.3 in 2020) also has dropped.

Outlook: One thing that Hawkins has going for her is that in spite of the Mystics’ poor record, center Alaina Coates has still not seen much playing time, so Hawkins’ spot in the team’s rotation does not not seem to be in jeopardy. The majority of the Mystics’ frontcourt usage has still been going to Emma Meesseman and Myisha Hines-Allen, however, so Hawkins’ fantasy ceiling is limited.

Stricklen was one of several free agents signed by the Dream this past offseason but she hasn’t lived up to her billing as a dead-eye 3-point shooter. While her long-distance shooting percentage (34.9 percent) remains decent, her impact on the Dream has been minimal — a far cry from her recent seasons in Connecticut.

Stricklen has had a particularly rough go of it lately, failing to reach double-figure scoring since Aug. 16. Her playing time has decreased as well; she’s played just 10.7 minutes per game in her last four appearances, which isn’t nearly enough to elevate her paltry peripheral statistics.

Outlook: Three-point specialists like Stricklen tend to be risky plays in fantasy, and her case is exacerbated because she continues to be targeted by opponents on defense. The Dream just haven’t had much of a reason to keep her on the floor, and with Atlanta’s playoff hopes fading, it’s probably safe to write Stricklen off for 2020.

Are we finally seeing the decline of one of the most consistent players in WNBA history? Dupree got off to a good start, but she hasn’t been much of a factor for the Fever recently — which, to be fair, has been a problem for most of Indiana’s roster.

Indiana has won just one of its last ten games, and Dupree has been uncharacteristically quiet during that stretch, averaging just 9.2 points and 5.3 rebounds in 28.6 minutes of action. She’s never been much of a defensive playmaker or rebounder, but the ball has been going elsewhere — mostly to Indiana’s guards — this season, severely limiting Dupree’s overall production.

Outlook: The good news is that Dupree’s minutes haven’t fallen off — she eclipsed 30 in each of her previous two outings. With Lauren Cox currently injured, the Fever will likely continue turning to their veteran. Don’t expect many high-scoring outputs, though.