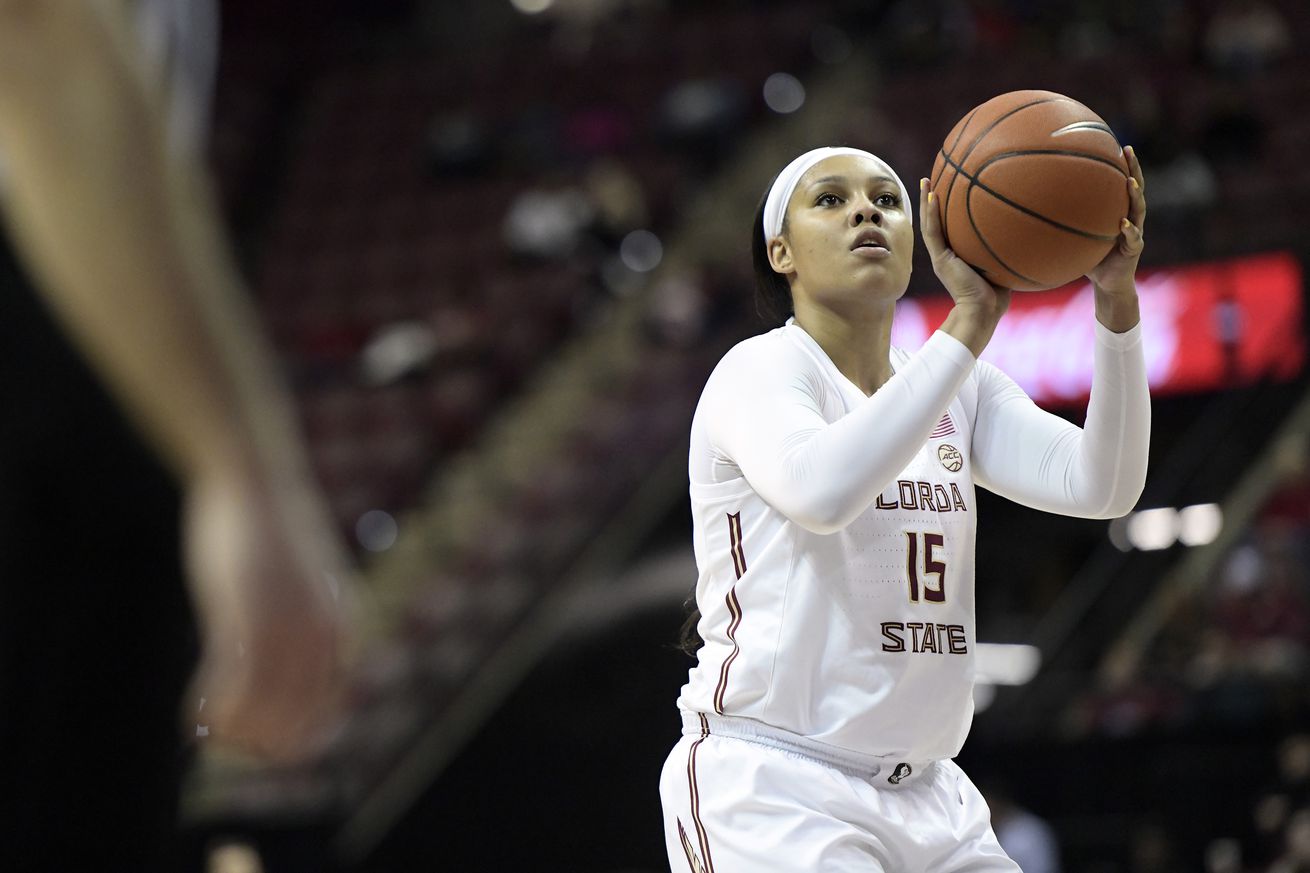 Kiah Gillespie is one of many 2020 draftees who will be missing out on the opportunity to participate in a 15-player training camp. Such an opportunity is vital for rookies who aren’t considered locks to make their respective teams. | Photo by David Allio/Icon Sportswire via Getty Images

With the WNBA scrambling to find ways to salvage its 2020 season due to the COVID-19 pandemic, the preseason training camp period as we know it has essentially been eliminated. It’s bad news for players who were hoping to compete for roster spots.

It’s going to be a rough Tuesday in the WNBA — particularly for 2020 draftees and undrafted free agents.

Per Doug Feinberg of the Associated Press, WNBA teams now have until May 26 to cut their rosters down to 12 players — or, in the case of the multiple teams who don’t have the cap space, 11 players. The reason for this, according to Feinberg, is so the WNBA can begin paying its players on June 1.

While the payment of WNBA players is definitely good news (Feinberg went on to cite commissioner Cathy Engelbert’s recent optimism regarding a late start to the season), the imminent deadline for roster cuts isn’t, especially for players who were selected later in the 2020 WNBA Draft and/or who might have been considered to be “on the bubble” of making a team.

In the past, WNBA teams have typically been allowed a maximum of 15 players in training camp at any one time. This limit not only gave players who were still competing overseas time to complete those commitments and return to the United States, but it also allowed for camp invitees to battle for spots on those teams’ final rosters — something that was surely appreciated by those looking to build their resumes and gain valuable experience training with the world’s top talent.

Due to the ongoing COVID-19 pandemic and delay of the 2020 WNBA season, however, it’s now looking like such an opportunity will simply not be possible.

To say this is a bad break for the majority of recently drafted players would be an understatement. While some teams, such as the Chicago Sky and Seattle Storm, would have fairly clear-cut training camp processes due to their respective salary cap situations (per Her Hoop Stats’ Richard Cohen, Chicago will only be able to afford to carry 11 players in 2020, while Seattle won’t even be able to carry a single 2020 draftee), other teams like the Atlanta Dream and Phoenix Mercury were set to have competitive camps with multiple roster spots up for grabs.

Instead, coaches and GMs must now make their final roster decisions without running a single minute of the extended camps they’re used to — decisions that will mostly affect players who weren’t guaranteed roster spots. While the path to a regular-season WNBA roster spot is generally a very narrow one for most draft picks and undrafted free agents, it’s been closed off entirely for 2020.

Things aren’t looking particularly bright for players who have already been cut and are looking for second chances elsewhere, either. Players such as Brittany Boyd, Tayler Hill and Kaela Davis might have been signed under normal circumstances, but the odds are now firmly against them.

If there’s a silver lining to the situation, it’s that players who signed training camp contracts will still receive benefits until June 30 if they are cut. It will be just a smidgen of consolation, however, to the dozens of players who have dreamed for years of playing in the WNBA — only to have the opportunity to even try out for a roster spot taken away from them.