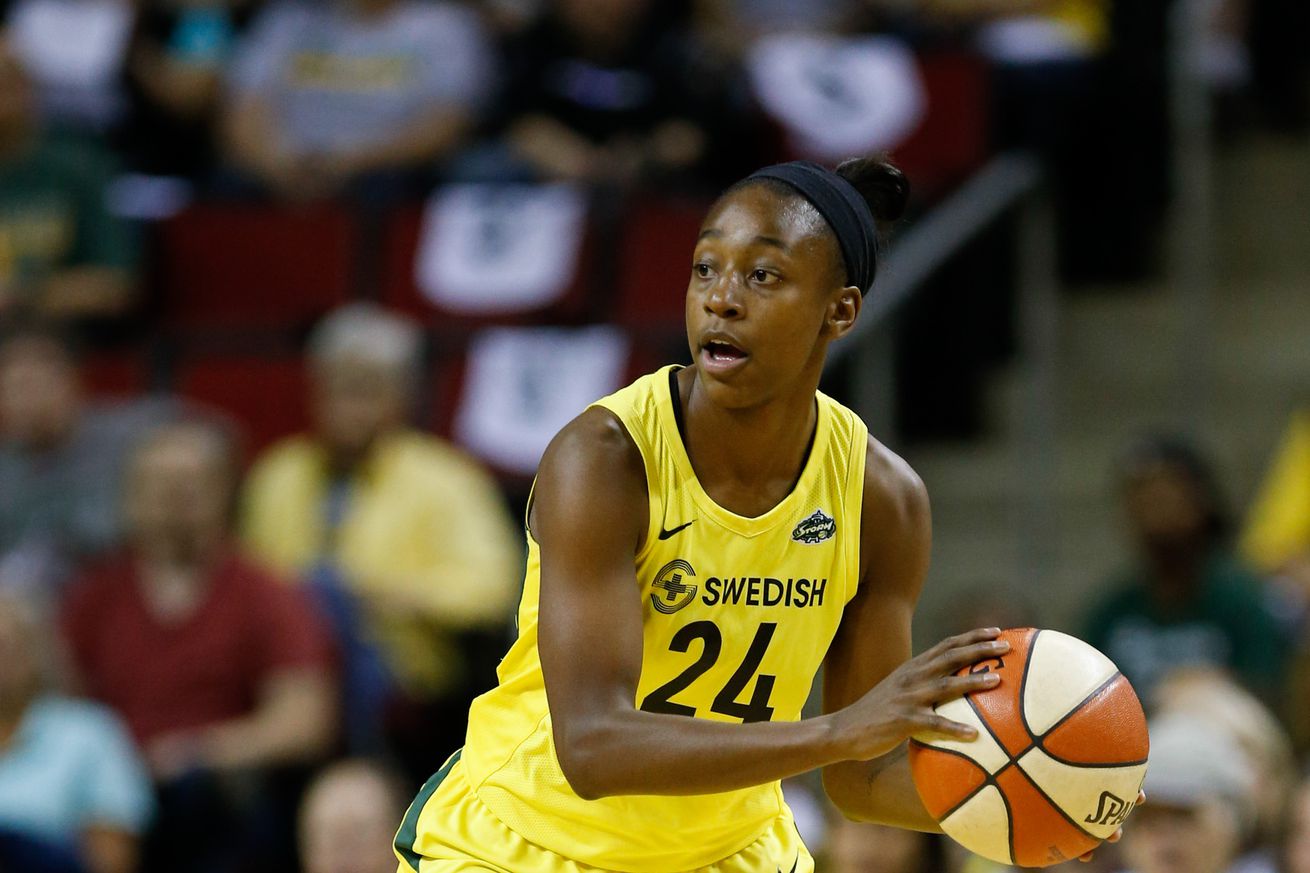 Jewell Loyd posted a cryptic message on Instagram about the living conditions inside the WNBA bubble. | Jennifer Buchanan-USA TODAY Sports

As the WNBA arrives at IMG Academy in Bradenton, Florida, to tip off its 2020 season, posts on social media from players and media alike have raised concerns about the living conditions inside the bubble.

The WNBA announced in June that the 2020 season will be played at the IMG Academy in Bradenton, Florida, “bubble” to limit exposure to COVID-19. With the season due to start on July 24th, players have begun arriving at the “wubble,” a nickname for the WNBA’s version of the NBA’s “bubble.” Unfortunately, there have been issues about the food and conditions shared across social media platforms by media and players alike.

An unnamed source told Deadspin that two teams had to be moved to different rooms due to the presence of bed bugs. Additionally, the source said, “I know the league is working to fix some issues.”

“As the teams are able to leave their quarantine in a few days, they will get their first views of the courts and training facilities,” the source added. “Right now it’s just working through the housing problems.”

Kayla Johnson of ESPN’s “The Undefeated,” posted two videos that were sent to her of a laundry room that showed water damage, mold or mildew and a mousetrap. The other video showed what looked like worms on a carpeted floor. The videos have since spread across Twitter.

What appears to be a worm found on the floor of one of the rooms pic.twitter.com/WRZYTxdbGo

A third post showed a meal that was served to some players. The execution and presentation are definitely lacking, but there is no word about whether the food was actually edible.

this was a meal option served to some WNBA players. i don’t think they would have agreed if this is what was advertised. pic.twitter.com/C9PjykUd3l

Diamond DeShields of the Chicago Sky hasn’t been eating the food because she does not eat meat and has only been served meat.

I’ve emailed the HQ here and I’ve reached out and done my part but the response I get is “we will put a note in the system” I don’t want to paint a bad picture of this experience but at this point…. idk what else to do. Idk who else to call. I’ve sent the email, I’ve had my team reach out to to the league, and now it’s 8:30 AM I’ve been here for 2 days and I am missing another meal because of this same problem. I would like to get food that I am actually able to eat orrrrrrrrr my per Diem for these meals like I requested TWO DAYS ago. @wnba I know there are a mountain of issues but this is one that cannot wait or be pushed aside ESPECALLY for the players who stay in the hotel where there is no kitchen or microwave for them to use. So…..yea. lets maybe revisit the dietary restrictions form that we all filled out before we got here and make sure players are getting the proper meals because I know I’m not. I can’t keep eating beyond burgers from the bar everyday SN: this is me sharing some of MY experience I’m not speaking on behalf of everyone here. Nor am I trying to make anyone look bad. I’m just trying to get my $$ and cancel these meals…But yeaaa… off to workout ‍♂️

Jewell Loyd of the Seattle Storm posted a clip from “Schitt’s Creek” with some hashtags implying that the living conditions are not up to her expectations.

While we are just 24 hours into this experiment, it does not seem to have gotten off on the right foot. Hopefully, as we all continue down this road of coping with the coronavirus pandemic, it does not get any worse than what we have seen or heard so far.