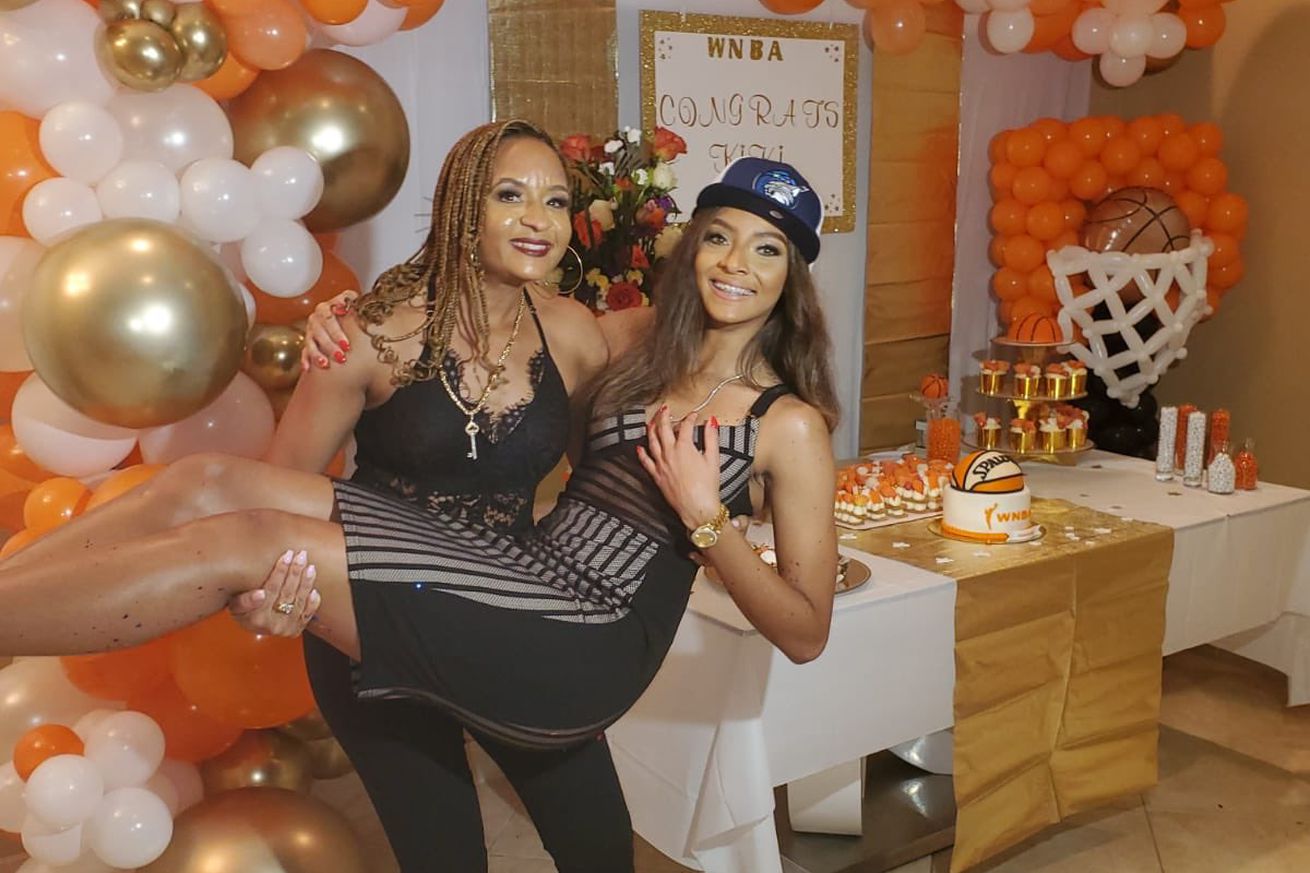 From No. 2 overall pick Satou Sabally and No. 1 pick Sabrina Ionescu (Oregon) — to Kitija Laksa (Latvia) and Jazmine Jones (Louisville), picked 11th and 12th, respectively — the players taken in the first round had a lot to say on WNBA Draft night 2020.

The 2020 WNBA Draft provided much-needed joy during these unprecedented times, and fodder for debate and conversation. This super-talented draft class saw the first-round picks go to three Oregon Ducks and two South Carolina Gamecocks, and players from Baylor, Connecticut, Princeton, Texas A&M, Latvia and Virginia. For all, being drafted into the ultra-competitive WNBA has been a lifelong dream come true.

Swish Appeal caught up with most of the players after their numbers were called and here’s a roundup of what they had to say:

On entering the WNBA:

I’m looking to do everything that I possibly can to get better in every aspect, whether that’s scoring, defending, rebounding or passing. I’m really just excited to be playing against professionals and learning from them and just seeing where that takes me.

On the draft circumstances:

Of course, it was different than what I had expected. Just excited to be able to be here with my family and the people closest to me and be able to spend this time. Really making the most of what’s going on in today’s society. But really happy to spend this moment with them and it’s exciting to have gone through this process.

I mean, it feels great. Elena Delle Donne, MVP, she’s an amazing player, and to be able to be compared to her really — it feels like I was even the No. 1. She’s just great. And Liz Cambage, I’ve been able to talk to her. Amazing role models and I’m just so happy to be able to follow in their footsteps.

On her high draft result and decision to leave school early:

On entering the WNBA:

I’m really excited. I’m getting to play with a coach (Marianne Stanley) that just came off winning a championship with the Mystics. Going to play for a former player (Tamika Catchings) who was also recently inducted into the Hall of Fame. I’m going to get to play with another big (Teaira McCowan).

On experience with two bigs:

It was a lot of fun to play with Kalani (Brown) and I think Kalani and Teaira are very similar players to so it’s going to be exciting to play with her. (Playing alongside Brown) just taught me more about my passing and helped me with my outside shooting.

On the Atlanta Dream:

I definitely think this is the best fit for me. I think I’m going to go to the team and really just lead. I think it will be a successful year for me and the Atlanta Dream.

On if she knew she would be drafted by Atlanta:

It was kind of up in the air. I was honored to see my name even go across the screen honestly.

I think I’m going to do everything in my ability to make the team successful. My passing could get better. ... This (being drafted into the WNBA) gives everyone a fresh start.

On the draft day experience:

My heart was pounding all day. I didn't think I’d be so nervous leading up to (the draft). When it came, it was the most exciting moment. Relieved to hear my name. I love Dallas, I’m really excited about out future as a team.

Princeton’s not a Power 5 school. But we definitely started putting Princeton’s name on the map. ... There are lots of great Ivy League players who came before me. I hope I rep them well.

I learned a lot from her, whether it was on the court or off the court. She helped me with my maturity and growing up. She taught me about the game. I just really appreciate what she did for me.

On being drafted right before South Carolina teammate Tyasha Harris:

It was great seeing Ty get called after me. We worked really hard especially through my freshman year. This has been a dream for us as children growing up. To be able to accomplish that, it’s a great feeling.

I was super excited for her, just because a lot of people didn't have her projected this high and she shocked the world. I’m so happy for her and I’m so proud and I love her to death and I’m just happy that we could go back-to-back like that.

Through the difficult times and unprecedented times of the coronavirus, I think they made a great effort to just make it a great night. Even though it’s difficult, I think we found peace and happiness throughout it all and they made this a wonderful night for me and other draftees.

On making it to the WNBA:

I was just really excited and hoping and wishing. ... I saw that it was Chicago and I was super excited. I talked to the coach (James Wade) and he’s a great person and there’s some really good players and people on the team.

It was great to be drafted with my two teammates (Sabrina Ionescu and Satou Sabally) and if Eugene threw a party right now it probably would be a really good party.

On joining the Liberty:

I’m excited, playing with Kia Nurse. I played with her before as well as Sabrina (Ionescu) having worked out with her this summer. She likes to pass, that’s not a secret, and I like to score. I think we’ll have great chemistry on the court and that it will work out just fine.

I talked to New York quite a bit throughout the whole process. We really had a great conversation. We bonded over the phone. They thought I would fit right in. I’m so happy that it worked out.

On what she wanted to feel after her decision to leave UConn early:

This feeling right here, of achieving my dreams.

On making it to the WNBA:

It definitely had been something I’d been working for and it means so much because you often work hard but you don’t know when it will pay off. I don’t take it lightly because I’m competing with really good players for these (roster) spots.

Obviously the shot is my main weapon, but I’ve been working on my overall game, just to set pick and rolls better. ... I was a little worried about my defense, that lateral movement will be hard (coming off a knee injury from 2018-19). But me and my trainer worked very hard on it. I’m excited to return to the states (from Latvia). I’m very excited for the opportunity.

Wow.....I really can’t sleep... feel like a little kid on the first day of school

I’m so happy for my teammates @23_JJones @kylee_shook ... all the hard work, late nights, early mornings PAYED OFF! I love y’all so much ❤️❤️❤️ I will continue to keep y’all in my prayer