Underdog Week: ‘Playoff Emma’ is an underdog no more 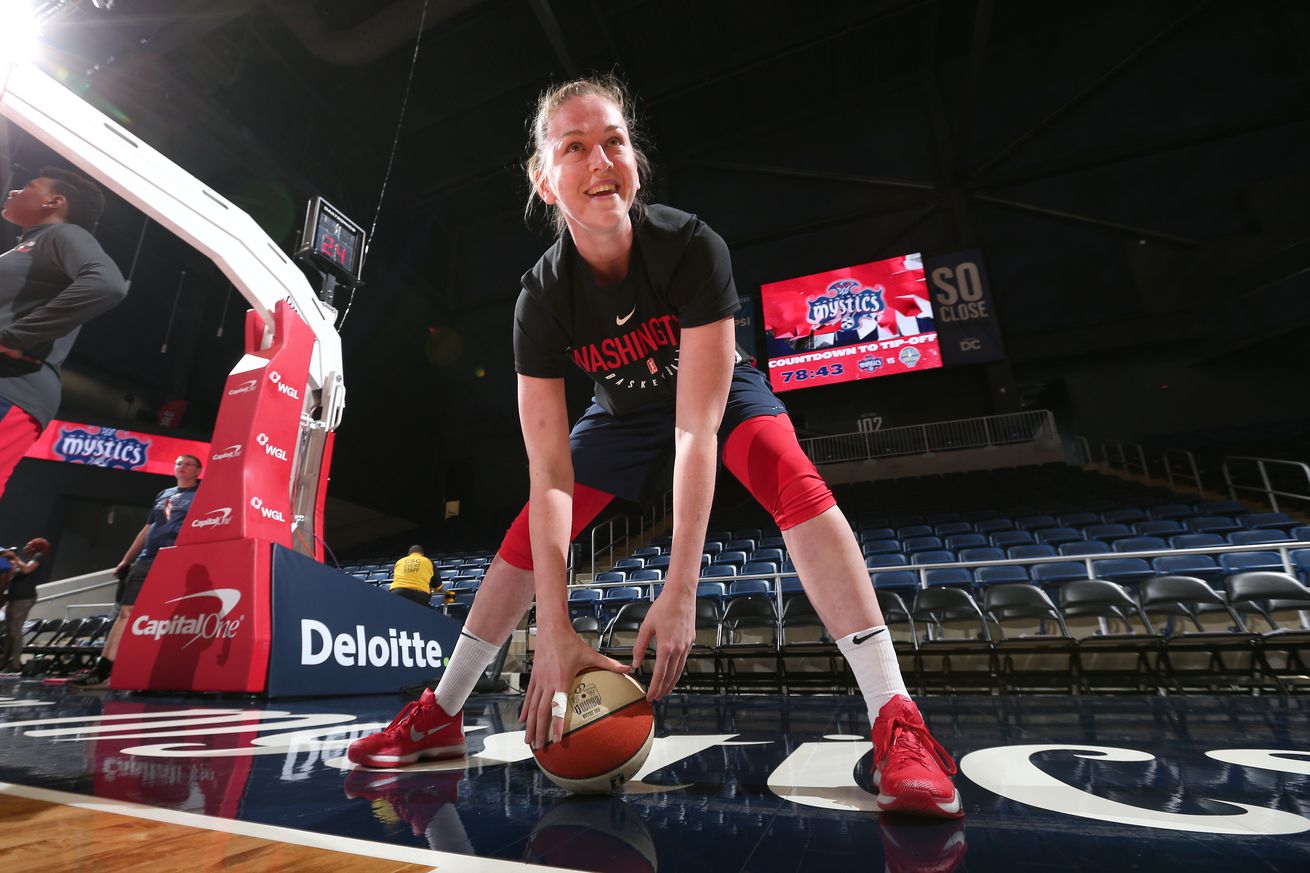 Emma Meesseman as seen with the Washington Mystics on July 13, 2019 following a stint with EuroBasket. | Photo by Ned Dishman/NBAE via Getty Images

The Washington Mystics drafted center Emma Meesseman out of Belgium with the No. 19 overall pick in the 2013 WNBA Draft. Six years later, Meesseman has become a household name.

In a league where many second- and third-round draft picks never fulfill their dreams of playing in the pros, Emma Meesseman’s performance in the 2019 WNBA Finals says a lot about her ability to defy expectations as an underdog.

A native of Belgium, Meesseman was selected No. 19 overall in the 2013 WNBA Draft. For the Washington Mystics against the Connecticut Sun in the 2019 championship series, she averaged 17.8 points and 4.6 rebounds en route to winning the Finals MVP award. What set her apart from her peers in the series was her clutch ability to knock down big shots, including a 7-of-14 effort from the 3-point line.

Meesseman was an underdog for another reason, beyond her late draft selection — she is partially deaf in both ears. But that issue is of the past considering the amazing chemistry she has with her teammates today.

If you look back at the No. 19 overall picks selected in the six seasons prior to 2013, you will find that none had any significant success in the WNBA.

Fallon had the greatest single season of the group when she averaged 10.4 points per game in 2001 with the Phoenix Mercury — but in her second and final season. Colleton, meanwhile, averaged 19 minutes per game during her first three seasons — two with the Los Angeles Sparks and one with the Miami Sol — but left the league after her fourth season.

Recently hired as head coach at her alma mater Notre Dame, Ivey was a key contributor for the Indiana Fever for three seasons before her career fizzled out in 2005.

Of the five seasons Blue played in the WNBA, she saw significant playing time (20.7 minutes per game) in just one of them — 2008 with the Mystics.

Those numbers illustrate that most No. 19 picks in the WNBA are underdogs who struggle to make a name for themselves. Meesseman has broken that trend, and then some. She has averaged double figures in scoring five seasons in a row, made the All-Star Game in 2015 and now is a champion and Finals MVP.

In 2019, Meesseman put together a great regular season and postseason before reaching the Finals.

She spent a good chunk of the season, 11 games, away from the Mystics while playing overseas with EuroBasket. Eventual regular-season MVP Elena Delle Donne, Kristi Toliver, Ariel Atkins and Natasha Cloud held down the fort in her absence. Meesseman returned on July 13 and, with 13.1 points per game, helped the top offense in the league become even better. Washington finished with a 26-8 regular-season record and No. 1 seeding for the playoffs.

In the postseason “Playoff Emma” emerged.

The Mystics had a double bye so their first series came against the fourth-seeded Las Vegas Aces in the semifinals, a series in which Meesseman performed even better than she did in the Finals. Against A’ja Wilson, Liz Cambage and Kelsey Plum, Meesseman scored 27 points, 30 points and 22 points in the Mystics’ three wins. She shot an impressive 11-of-17 from distance in the series, which the Mystics won 3-1.

Highlights: Playoff Emma at her best

In the Finals, Meesseman was particularly good in the Mystics’ Game 3 (21 points) and Game 5 (22 points) wins. In the fourth quarter of Game 5, she made a jumper with 2:54 left to put the Mystics up by eight and blocked a Shekinna Stricklen 3-point attempt with 1:15 left in regulation — preserving the eight-point lead.

Meesseman was the hero who led the way to what was the first WNBA championship for the Mystics’ franchise and the first in the career of legendary head coach Mike Thibault.

Meesseman isn’t an underdog anymore. Whether she comes off the bench or starts alongside Delle Donne and offseason acquisition Tina Charles (also a former league MVP and multi-time All-Star), Meesseman will be considered a star player entering her next season. At age 27, she could be an integral member of the Mystics for years to come as they strive to win more championships.