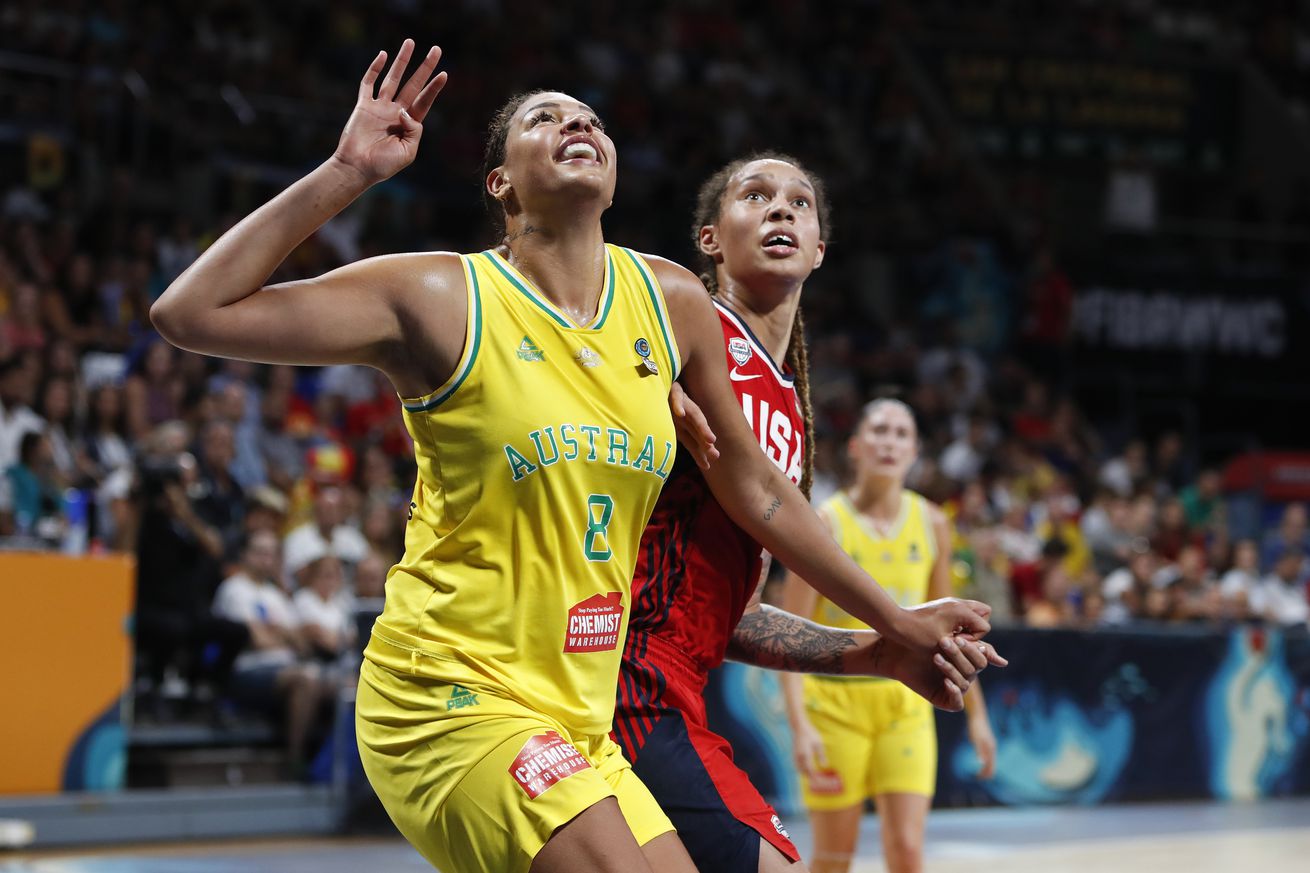 Liz Cambage (left) and Brittney Griner keep their eyes on the ball for their respective Australia and USA national teams in the gold medal game at the 2018 FIBA World Cup. | Photo by Catherine Steenkeste/NBAE via Getty Images

Due to the global coronavirus pandemic, Canada and Australia have said they will not send their athletes to this summer’s Olympic Games in Tokyo. They are calling for the Games to be postponed until 2021. IOC member Dick Pound said Monday afternoon the Olympics will not happen this July as planned.

If the 2020 Tokyo Olympics go on as host country Japan has intended, athletes from Australia and Canada won’t compete. Each country’s Olympic committee issued a statement Sunday indicating the refusal to send athletes if the Games go on as planned and calling for a one-year postponement.

While we recognize the inherent complexities around a postponement, nothing is more important than the health and safety of our athletes and the world community. This is not solely about athlete health — it is about public health.

The Australian Olympic Committee determined by unanimous agreement during a conference call that it will not send its athletes to the 2020 Tokyo Olympics. “Our athletes now need to prioritize their own health and of those around them, and to be able to return to the families,” the committee said.

It’s clear the Games can’t be held in July. Our athletes have been magnificent in their positive attitude to training and preparing, but the stress and uncertainty has been extremely challenging for them.

Both countries want to see the Games postponed until 2021.

The economic fallout of the postponement would be catastrophic not just for Japan, but for all advertisers, sponsors and broadcasters of the Games. A postponement also could deny some athletes a one-time or final opportunity to compete for Olympic gold. At 23, Simone Biles, the most decorated gymnast of all time, is considered old for her sport while basketball icons Sue Bird and Diana Taurasi, both creeping towards 40, are nearing their ends of their careers.

The International Olympic Committee (IOC) says it will not cancel the Games outright because doing so “would destroy the Olympic dream of 11,000 athletes” and their supporters.

The IOC said Sunday it is moving toward scenario planning, to see if the Games can go on in some form.

If the Games can’t be carried out in “complete form,” with all events — and, presumably, all teams of the world — included, Japanese Prime Minister Shinzo Abe would prefer to postpone.

“Postponement isn’t our first course of action but we cannot not consider it as a realistic option either,” Tokyo Organizing Committee president Yoshiro Mori said.

Mori ruled out a total cancellation.

The IOC is giving itself four weeks to come to a final decision on whether the Tokyo Olympics will go on as planned or be postponed. It turns out the Olympic governing body didn’t need that long. On Monday afternoon, veteran committee member Dick Pound told USA TODAY Sports that the 2020 Tokyo Olympic Games are going to be postponed amid the coronavirus pandemic.

Pound told the publication by phone:

On the basis of the information the IOC has, postponement has been decided. The parameters going forward have not been determined, but the Games are not going to start on July 24, that much I know.

If these were usual times, the sports world calendar in four weeks’ time would be turning toward the WNBA Draft, with training camps and the season following in May. But the coronavirus diagnoses and death counts are rising rapidly around the world, and people in various countries — including the U.S. — are not taking shelter-in-place orders seriously. So, with postponement of the Summer Olympics now certain, it is hard to imagine that a similar announcement from the WNBA will not soon follow.

Help flatten the curve and reduce the spread of this global pandemic by following these CDC guidelines.