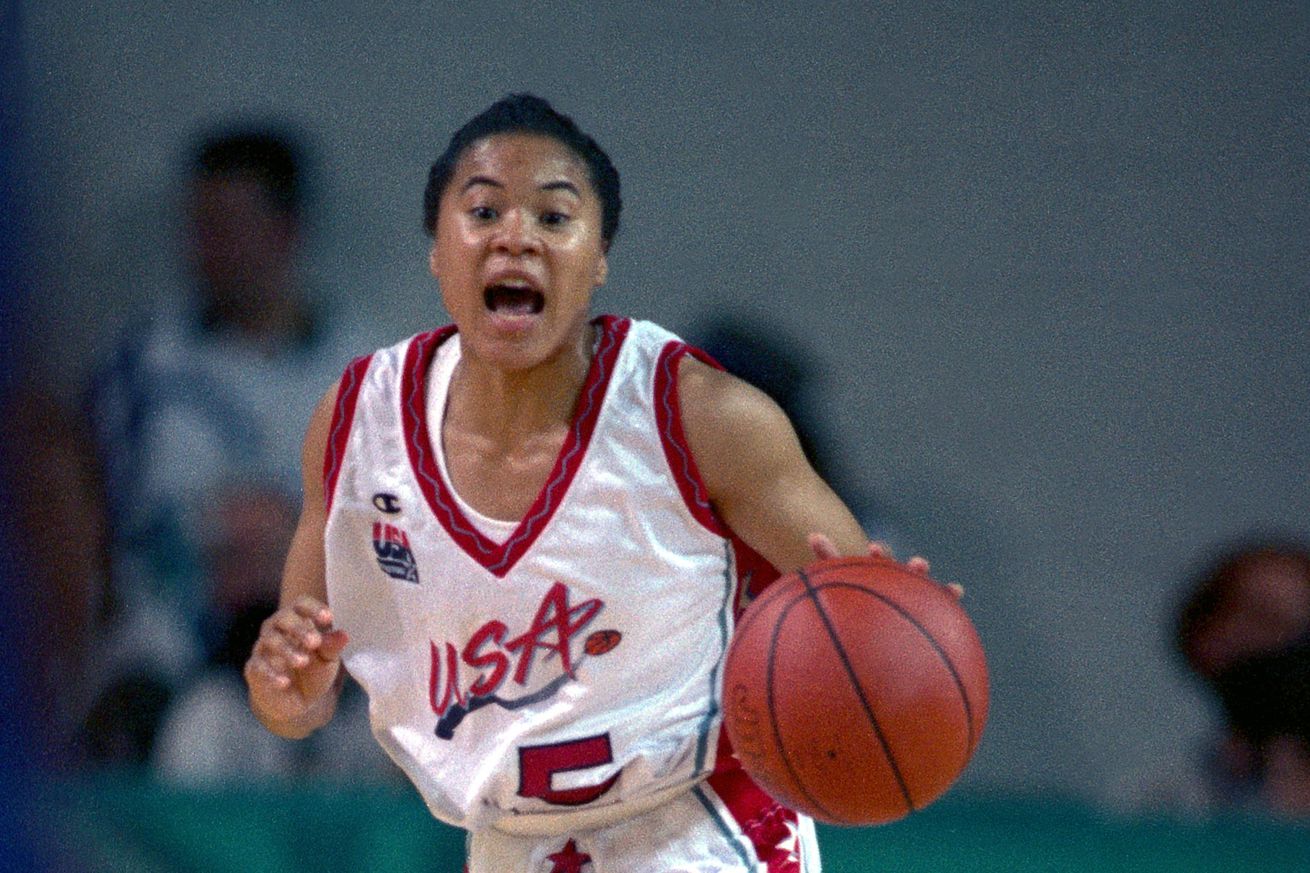 Perhaps the best baller and shot-caller in women’s basketball history, Dawn Staley was a force for Team USA at the 1996 Atlanta Olympics. | Photo by Scott Cunningham/NBAE via Getty Images

You asked. The Basketball Gods answered.

As expected, Lisa Leslie dominated in the paint in 1996, with Dawn Staley — now head coach of the women’s national team — showing why she’s one of the best ballers and shot-callers to ever step on a court.

In 2000, Sheryl Swoopes helped Leslie carry the scoring load and Yolanda Griffith cleaned up the glass with a team-high 8.8 rebounds.