Weekend Recap: Aces rise to No. 1 and Mystics clinch No. 8 on last day of regular-season play 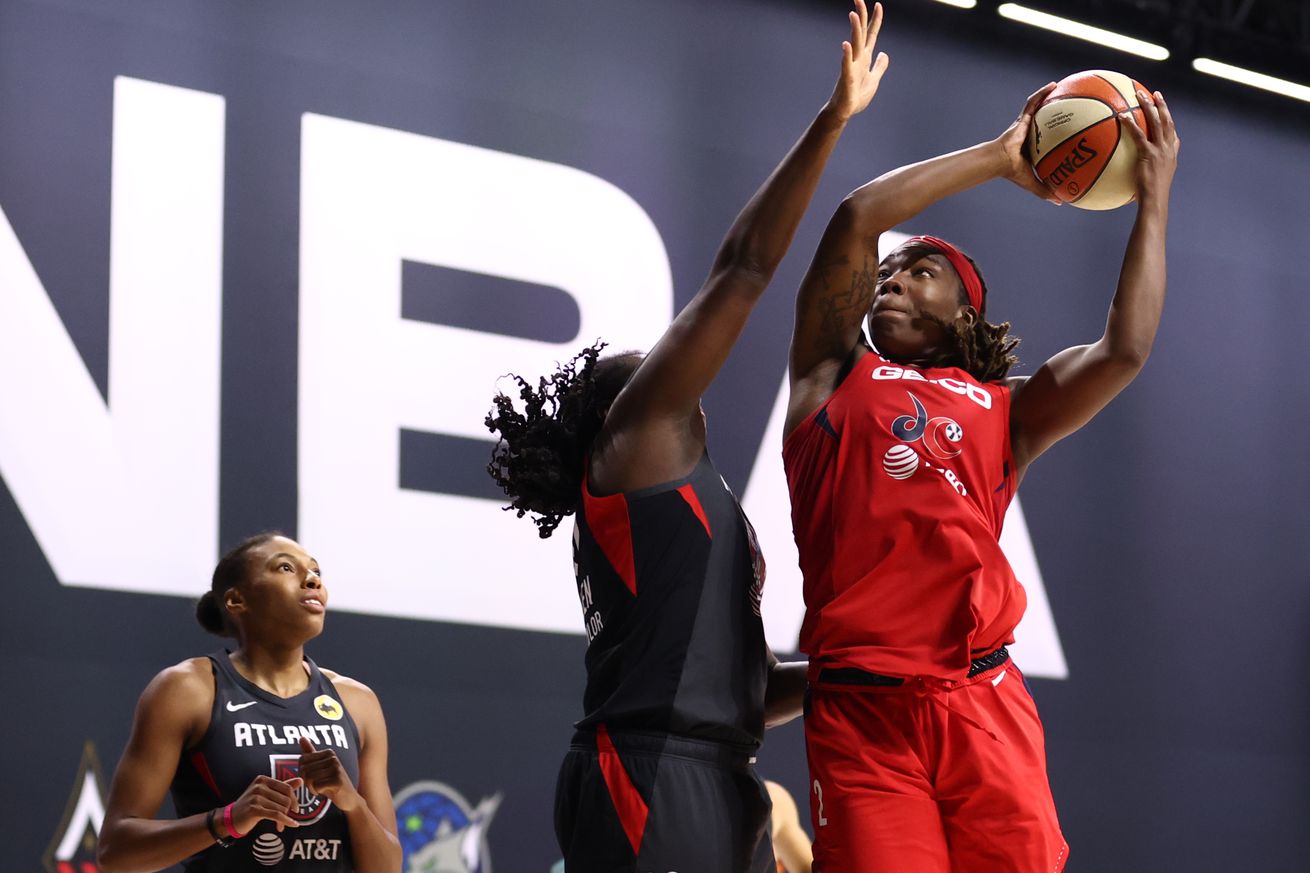 The Washington Mystics won twice over the weekend to seal the No. 8 seed. The Las Vegas Aces took on the Los Angeles Sparks and Seattle Storm en route to locking up the best record in the WNBA.

The Washington Mystics secured their spot in the 2020 WNBA Playoffs with an 85-78 win over the Atlanta Dream on the last day of the regular season.

The Mystics’ playoff scenario was quite clear: win and they’re in.

Ariel Atkins led the defending champions with a season-high 26 points, tying her career high in scoring, and Myisha Hines-Allen notched her 10th double-double of the season (16 points and 10 rebounds), to solidify her place in Most Improved Player conversations.

For the Dream in a gutsy but losing effort, Betnijah Laney was the game-high scorer with 27 points and Chennedy Carter contributed 26 points. No other players scored in double figures.

The Dream were effective in the paint, outscoring the Mystics 44-32. Yet, the Mystics’ seven made 3-point shots to the Dream’s three made up for that difference.

The Mystics’ 18-of-18 performance from the free-throw line and their ability to run an efficient offense — evidenced by their franchise-low two turnovers for the game — were the main factors that led to the Mystics getting the win.

The Mystics take on the Phoenix Mercury in a first-round, single-elimination game of the playoffs on Tuesday, September 15 . The Dream’s season is finished with a 7-14 record.

Before the Mystics had a chance to make the playoffs on Sunday, they needed to win on Saturday. With both teams shooting under 40 percent, this game was not pretty. The Liberty committed 25 turnovers that led to 23 points for the Mystics. All five starters for Washington scored in double figures, with Myisha Hines-Allen leading the way with 25 points and 11 rebounds. The Mystics’ win eliminated the Dream from the playoffs. | Box Score

The Aces led most of the game, trailing by just two points early but opening up a lead as large as 15 points. In the loss, Nneka Ogwumike scored a game-high 24 points. A’ja Wilson led her team with 19 points and eight rebounds. The Aces’ defense held the Sparks to 37.2 percent shooting from the floor. | Box Score

The Lynx already were locked in as the No. 4 seed in the playoffs and the Fever already had been eliminated from playoff contention, but that did not stop this game from being fun. Crystal Dangerfield and Lexi Brown did not play, which brought Rachel Banham in for her only start this season. Banham was 7-of-8 from beyond the arc and scored 29 points, both career highs. | Box Score

The Wings needed a win to keep their playoff hopes alive and a three-point play by Arike Ogunbowale — who finished with a game-high 26 points — with 12.4 seconds remaining put the Wings in front 81-79. Marina Mabrey made a season-high six 3-pointers and finished with 24 points. The Liberty were led by rookies Jazmine Jones and Leonna Odom, who scored 21 points and 20 points, respectively. | Box Score

The Storm were without Sue Bird and Breanna Stewart in their regular-season finale and still nearly beat the Aces. A’ja Wilson and Dearica Hamby scored 23 points apiece for Las Vegas and Jewell Loyd scored a game-high 30 points for Seattle. Both teams will be waiting in the semifinals for the winners of the second-round, single-elimination games. | Box Score