What Brian Agler’s exit means for the Wings in 2021 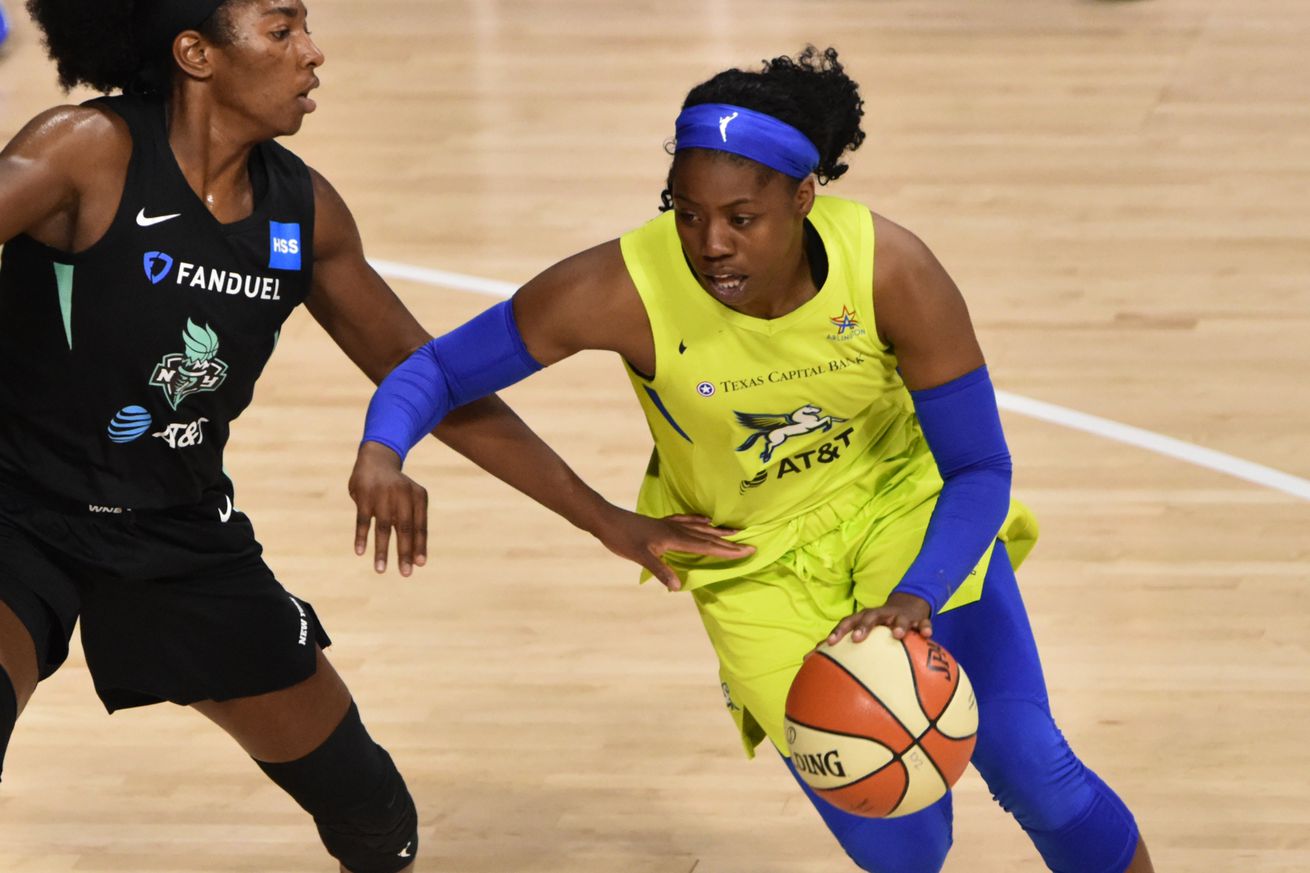 Arike Ogunbowale (with ball) led the WNBA with 22.8 points per game in 2020. | Photo by David Dow/NBAE via Getty Images

Two-time WNBA champion head coach Brian Agler leaves the Dallas Wings after a lackluster two-year tenure. Where does the team, led by Arike Ogunbowale and Satou Sabally, go from here?

On Wednesday it was announced that the Dallas Wings and their head coach Brian Agler mutually decided to part ways. Agler went 18-38 in two years with the Wings and did not take the team to the playoffs.

Dallas has a lot of young talent and hopes to be a contender in the near future. Here’s a look at what they will look like in the immediate future (the 2021 season).

It’s all about the youth

Any analysis of the 2021 Dallas Wings has to begin with Arike Ogunbowale. Agler, who has two WNBA championships on his resume, will not be able to coach Ogunbowale any further. But he definitely made an impression on the Notre Dame legend who showed great improvement and promise in her second year in the league. She went from being the runner-up in the Rookie of the Year voting in 2019 to making the All-WNBA First Team in 2020.

Ogunbowale is the piece that Dallas is trying to build around. Satou Sabally, Allisha Gray, Moriah Jefferson, Isabelle Harrison, Marina Mabrey, Kayla Thornton and Tyasha Harris make up the supporting cast. Of those players, Gray is the only one who will be a free agent this offseason and Harrison and Thornton are the oldest (both age 27).

That means that Dallas, which was the youngest team in the league in 2020, will have a lot of the same young talent heading into 2021.

How individual players performed in 2020

Jefferson and Harrison both suffered injuries that kept them out for much of the season. For Jefferson this was extra frustrating after she missed all of 2019 as well. Meanwhile, Gray and Thornton each started 14 games this season and were steady veterans who helped guide the young team.

But the best news for Wings fans is how well their rookies and sophomores played in 2020.

Mabrey, a second-year guard who was Ogunbowale’s roommate in college, was phenomenal from beyond the arc and played with a chip on her shoulder this year after limited minutes and poor shooting as a rookie. As a No. 19 pick, Mabrey could have been out of the league or stuck in a minimal role for quite some time if she didn’t step up this season. But she did step up and gave Dallas more than it expected from her.

Mabrey provided a huge boost, as did the play of rookies Satou Sabally and Tyasha Harris, the latter of whom didn’t put up big numbers but made her presence felt as a floor general and outside shooter off the bench. Sabally, meanwhile, averaged 13.9 points and 7.8 rebounds and would have made the Rookie of the Year race against Crystal Dangerfield close if she hadn’t missed six games due to injury.

Katie Lou Samuelson, Astou Ndour, Bella Alarie and Megan Gustafson round out the Wings’ 2020 roster. Of those four, Alarie, a 6-foot-4 stretch forward probably has the biggest upside and was a rookie this past season.

Whoever takes over for Agler will need to sort through the supporting cast and find a consistent lineup. In 2020 Ogunbowale was the only player to start all 22 games of the shortened season, while every other player on the roster besides Gustafson started at least three games. Some of this inconsistency was due to injuries, but it is still something that the next coach will need to work on.

In her third year in the league, Ogunbowale will likely continue to grow as a decision maker which she did over the course of the 2020 season. Sometimes she has a tendency to take too many shots, but she is a gifted offensive weapon who can score in so many different ways. As her experience in the pros increases, the less a coach will have to worry about her shot selection. But Dallas was 11th in the WNBA with a field goal percentage of 41.5, which will need to be fixed.

The Wings were also 11th in both opponent field goal percentage and opponent 3-point percentage and surrendered the second-most free throw attempts in the league. They were dead last in defensive rebounds and, despite turning the ball over the least frequently, were eighth in turnovers forced. So defense is going to be a huge focus for 2021.

Lastly, Sabally is likely going to become the Robin to Ogunbowale’s Batman. The new coach will need to focus on getting those two players to play well together.