What to watch during #MarchSadness: A women’s basketball viewing guide 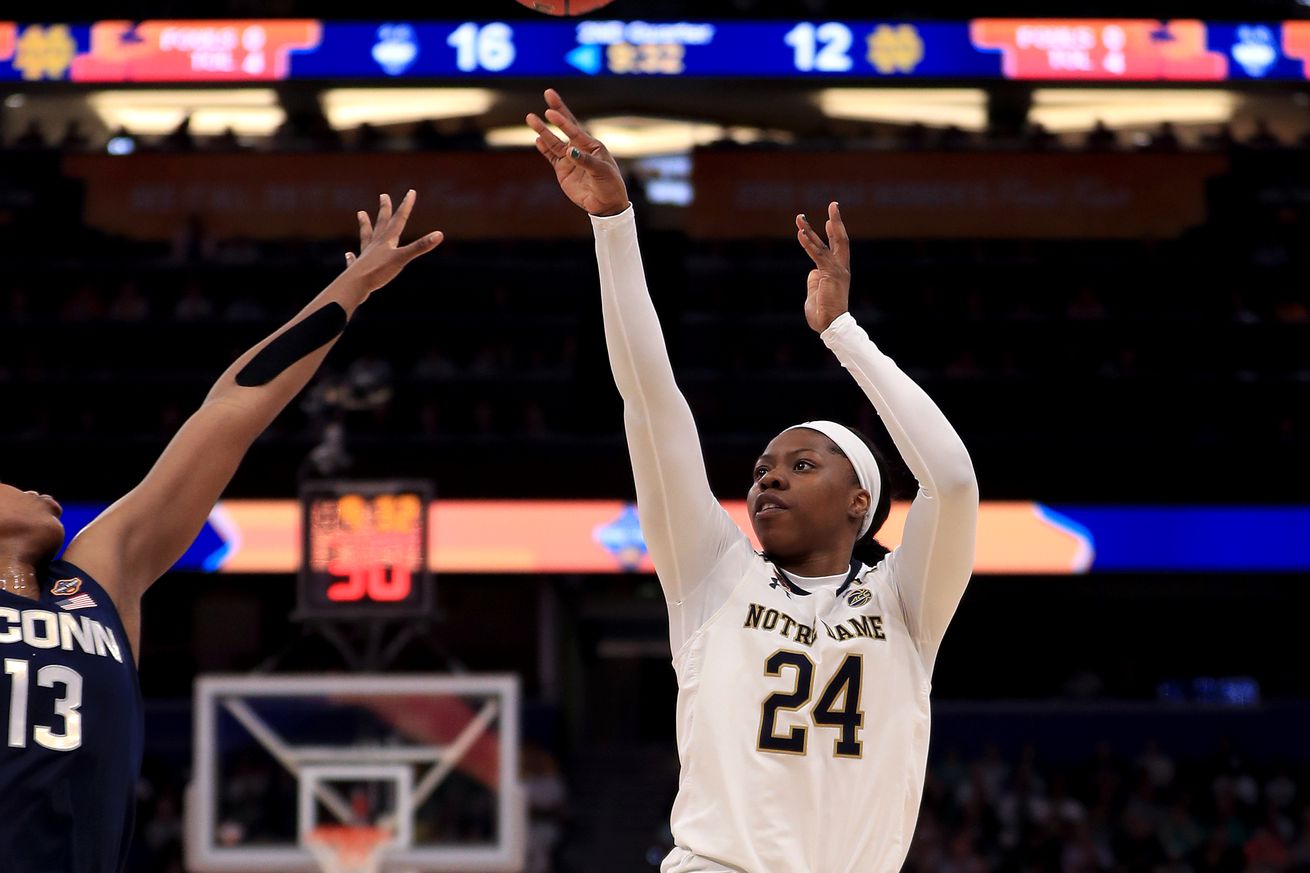 March Madness was just revving up when the COVID-19 virus forced it to an abrupt end. Here’s a list of a few highlights of past games to keep you in the spirit of the season.

March Sadness halted all college basketball this season due to COVID-19. The ‘Big Easy’ was set to host one of the more highly anticipated NCAA Women’s Final Fours in recent years. Sadly women’s basketball fans won’t get to roam New Orleans’ notorious streets this year. While many are stuck indoors during this time, we’ll offer a few suggestions of what to watch as we prepare to transition to the (hopefully) WNBA season.

SEC rivals South Carolina and Mississippi State never disappoint when the women’s basketball powerhouses link up. Tyasha Harris led all scorers in a tight matchup to help the Gamecocks prevail.

Arizona State pulled off one of the biggest upsets this season when it took down Oregon. Sabrina Ionescu’s double-double wasn’t enough as ASU owned one of Oregon’s two losses of the season. The Sun Devils also beat Oregon State that same weekend.

This past season the Pac-12 was the most competitive its been in recent years. Arizona and UCLA showed they have been building programs that could compete with powerhouses like Stanford. UCLA upset the Cardinal this season and showed it is going to be a women’s basketball mainstay. The Bruins’ Michaela Onyenwere had 29 points and 10 rebounds in the matchup.

Chennedy Carter is a force of nature down the stretch. Tennessee learned that this season when Carter put up 37 points at Thompson-Boling Arena. The Aggies squeaked by the Lady Vols in a game you’ll love to rewatch more than once.

Early in the season, the highly anticipated match up on the east coast didn’t disappoint. South Carolina prevailed despite Ashley Owusu’s 17-point performance. The Gamecocks’ young talent gave us a glimpse of a possible Final Four run.

Take a trip back in time to rediscover one of the gems of women’s basketball. McGee, Cooper and Miller — the names we know and the stories of how they shaped the game forever.

ARIKE FOR THE WIN!! Enough said.

Many have dubbed Dearica Hamby’s controversial buzzer beater ‘The Shot 2.0.’ With ice in her veins, that shot sent the Aces to the second round of the WNBA playoffs.

The late Pat Summitt has a coaching tree that will forever touch every corner of basketball. In this star-studded documentary, you hear from those who knew her best and the impact she’ll always have on the game.