Who are you calling an ‘underdog’? 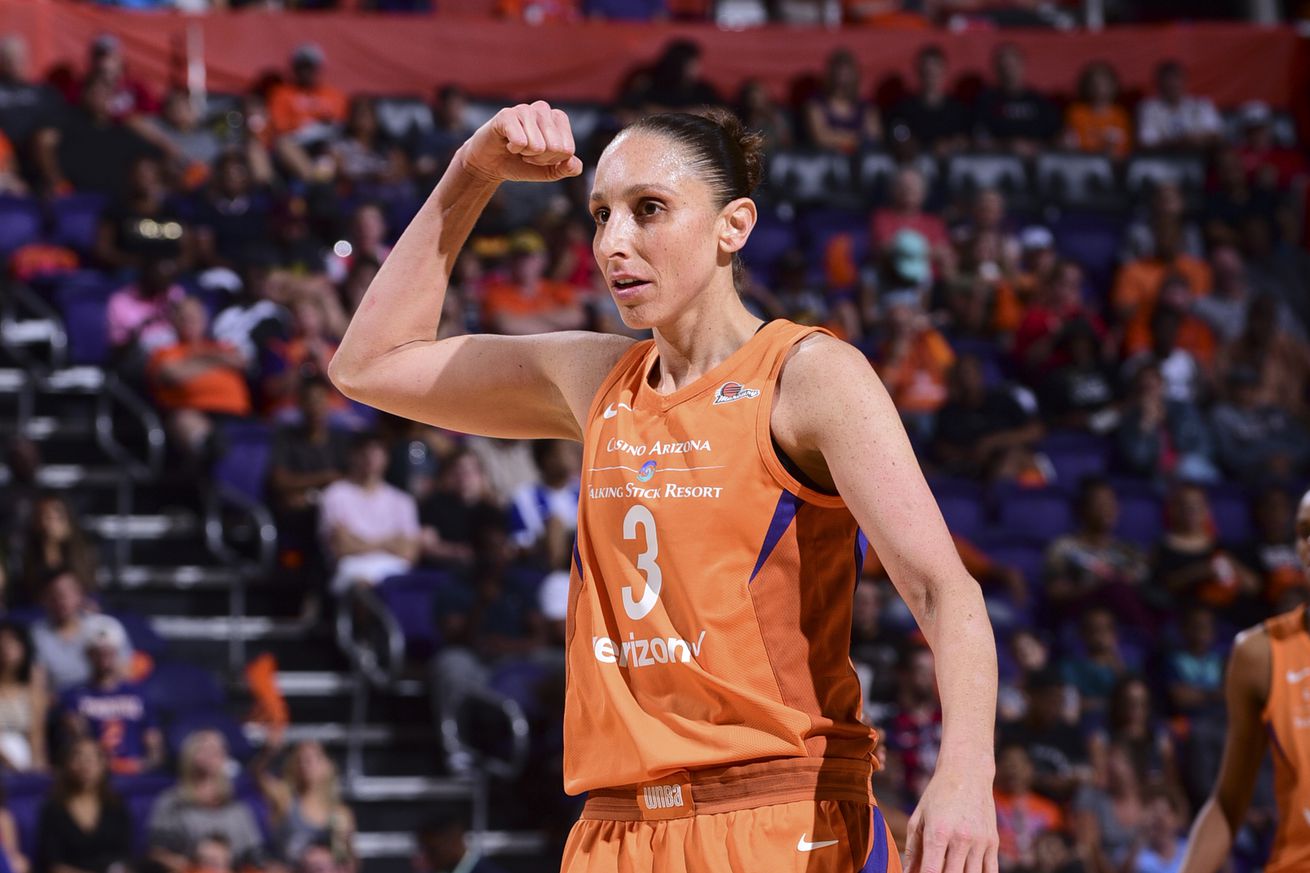 Don’t ever tell Diana Taurasi that she is an underdog. | Photo by Michael Gonzales/NBAE via Getty Images

Underdogs? Not in today’s WNBA. Refreshingly, WNBA stars do not adopt “underdog” mentalities. Instead, they project self-confidence, unapologetically advertising their well-earned belief in themselves.

Today’s WNBA players don’t cry, “Nobody believes in us!” Instead, they show utmost belief in themselves.

For way too long, women athletes had to “apologize” for playing sports, expected to compensate for their “unfeminine” athleticism through the performance of traditional (white) femininity, including by adopting assigned attitudes of modesty and submission.

Las Vegas might be the WNBA’s capital of confidence.

These historical expectations explain the importance of contemporary WNBA stars’ abandonment of an “underdog” mentality that broader sports seem to revel in. By confidently insisting that they belong on the court, they present a powerful model for women and girls, inspiring them to reject any doubts about their abilities — in athletics and beyond.

Even before they take the court, WNBA players announce their “anti-underdog” attitude.

Fits, in short, are more than fits.

Through often unique, sometimes overpriced and occasionally ostentatious clothing choices, WNBA athletes advertise their self-confidence. Rather than modestly deflecting attention, they dress in ways that suggest they, and their game, deserve attention and respect.

Erica Wheeler’s professional basketball path — from undrafted to All-Star Game MVP — indicates she is the ultimate underdog in today’s WNBA. Yet, from her off-court fashion choices to her on-court fire, Wheeler carries herself as a top dog. As shirts from Wheeler’s original clothing line announce, she is a member of a “rare breed,” one of only 144 players who has claimed a place in the WNBA.

Other young players use their clothing choices to proclaim their place in the WNBA. Rather than biding her time, Diamond DeShields has taken up space during her first two years in the league, scripting her stardom as she struts into the area sporting the latest fashions.

Of course, it is what they do on the court that confirms WNBA stars’ anti-underdog leanings.

Diana Taurasi is the preening patron saint of the modern WNBA. Throughout her 15-year WNBA career with the Phoenix Mercury, Taurasi has refused to apologize for her foul-mouthed ferocity.

Her almost perfect record in elimination games not only underscores that she has earned this attitude; it also shows how having such an attitude is a gateway to greatness.

In the 2018 playoffs, the Connecticut Sun experienced the terror of Taurasi. A pregame Instagram post from Courtney Williams and a “clap” from Jasmine Thomas activated Taurasi’s unrelenting intensity, all but guaranteeing that she and the Mercury would eliminate the Sun (again).

Yet, Courtney Williams was uncowed.

During the 2019 WNBA Finals, Williams did not hesitate to declare, “I’m a bucket,” after first proclaiming, “that girl can’t guard me.”

Courtney Williams, mic’d up: “They better switch that s***, that girl can’t guard me.”

Williams now takes her silky, self-assured game to the Atlanta Dream where she will partner with a rookie who calls herself “Hollywood”: Chennedy Carter. Add in Tiffany Hayes and there will be no underdog mentality in the ATL.

The same will be true in Dallas.

During her time at Notre Dame, Arike Ogunbowale developed her signature swagger, an attitude that was certified by her clutch scoring ability. When she joined the Dallas Wings, her confidence did not dim as she set and re-set scoring records during her rookie season.

However, Las Vegas might be the WNBA’s capital of confidence.

Since she returned to the WNBA in 2018, Liz Cambage has spoken out and showed off. She delightfully, and deservedly, flaunts her dominance. Most famously, she taunted the Washington Mystics during the 2019 playoffs, not apologizing for, but taking pride in, her powerful play.

Liz Cambage, after the Aces force a Game 4 vs. the Mystics: “If they can’t handle it, get in the weight room or get out of the post.”

After guaranteeing a Mystics’ victory, Cloud celebrated with push ups, symbolically shutting up Cambage with her own show of strength.

The Mystics are headed to the WNBA Finals! Natasha Cloud did some victory pushups at half court And Elena Delle Donne to Emma Meesseman (22 PTS, 4-4 from 3): “You are a beast, Emma! I love you!”

Not underdogs, but unapologetic

Whenever the WNBA season begins, we look forward to seeing these and other “anti-underdogs” in action.

The snarling assuredness of Candace Parker. The steely smoothness of A’ja Wilson. The nonchalant awesomeness of Breanna Stewart.

WNBA stars do not muster self-belief by pretending they do not belong. Instead, they know they are right where they belong — demonstrating that there is no need to accommodate outmoded expectations and unapologetically announce their excellence.