Why the best shooter in the WNBA is actually an underdog 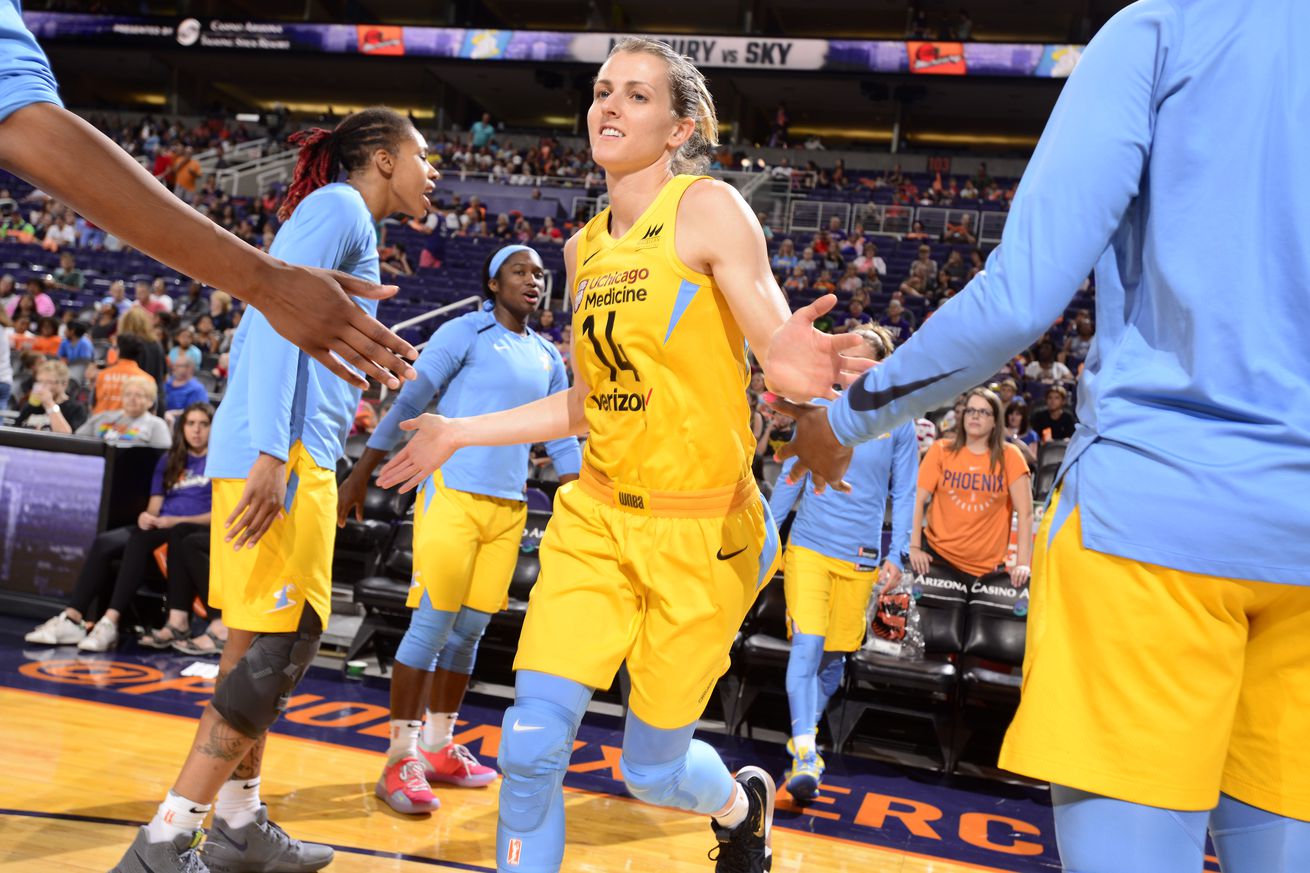 Allie Quigley’s spot in the starting lineup has been safe for years now. It wasn’t always that way. | Photo by Barry Gossage/NBAE via Getty Images

The Chicago Sky’s Allie Quigley is one of the WNBA’s most feared shooters, nailing 3-pointers at 40 percent or better in each of her previous three seasons. This was not always the case, however. Quigley fought the odds since draft day and crafted for an incredible career arc and tale of resilience.

When you think of Chicago Sky guard Allie Quigley, what’s the first thing that comes to mind?

How about her 29 points she totaled in the 2018 WNBA Three-Point Contest — a record that still stands for both the WNBA and NBA?

Each of Quigley’s WNBA accomplishments seems more impressive than the last, especially in the context of a professional career that took quite some time to get off the ground. Success for the WNBA’s deadliest outside shooter was never guaranteed and certainly didn’t come as easily as it seemingly did for some of her peer.

Her story is one of a true underdog.

Quigley was originally drafted to the Seattle Storm in 2008, selected late in the draft’s second round at No. 22 overall. She didn’t make the Storm’s final roster, and though the Phoenix Mercury eventually picked her up, her rookie season was wholly unimpressive: Quigley appeared in 14 games for the Mercury, averaging 2.1 points in 7.1 minutes played.

Subsequent seasons yielded similar outcomes. Quigley played her 2009 and 2010 seasons in Phoenix, Indiana and San Antonio, appearing in a total of 13 games. She returned to Seattle in 2011, but had no true role on the team, playing an average of two minutes in the seven games she appeared in.

After not even playing in the WNBA in 2012, Quigley got her first real chance at consistent playing time with the 2013 Chicago Sky. Head coach Pokey Chatman played Quigley in all 34 games of the Sky’s first-ever 20-win regular season, but even then her role was not one of a standout WNBA player: 3.8 points in 9.4 minutes per game.

Now take a moment to consider the dynamic landscape of the WNBA. It’s an absurdly difficult league to crack, particularly for less-heralded draft prospects and undrafted free agents. There are, at most, 144 total roster spots available, most of which are securely occupied by long-tenured veterans or young stars in whom franchises invest their respective futures. For everyone else, it’s an uphill battle to earn a spot on a team, let alone consistent minutes.

Granted, the WNBA looked different in the late 2000s than it does today. The league had yet to become bogged down by its current dilemma of teams drafting players faster than they can develop them, and the fluctuating number of teams in the league meant that there wasn’t quite the shortage of backdoor opportunities that there is now.

Even so, the odds of longevity are rarely in favor of a WNBA player who gets cut by four teams in her first four professional seasons. And for that player to become a three-time All-Star in her early 30s? It’s a near impossibility.

This is what makes Quigley’s story so inspirational. Not only did she continue to earn chances in WNBA training camps after many other players might have called it quits, but her career arc has been extremely unorthodox, going from a bench warmer in her athletic prime to one of the league’s top scoring guards at an age when most athletes begin to decline. Beginning in 2017 — Quigley’s first season as a full-time starter in Chicago — she’s played 30.1 minutes per game, averaging 15.2 points while making 230 of her 534 (43.1 percent) 3-point attempts.

Not bad for a player who was once little more than a fill-in.

Rather than get a WNBA roster spot right away because of collegiate prestige or be given a long leash in her early years due to athletic potential, Quigley took the scenic route to WNBA stardom. She’s kept in tip-top shape throughout her career, working tirelessly playing for European teams in the winter to improve her resume and turn her weaknesses into strengths. And all these years later, you certainly can’t argue with the results.

When you think of Chicago Sky guard Allie Quigley, what’s the first word that comes to mind?

Is it resilience? Perseverance? Determination?