Will Andrea Gardner be the last HBCU player to make it in the WNBA? 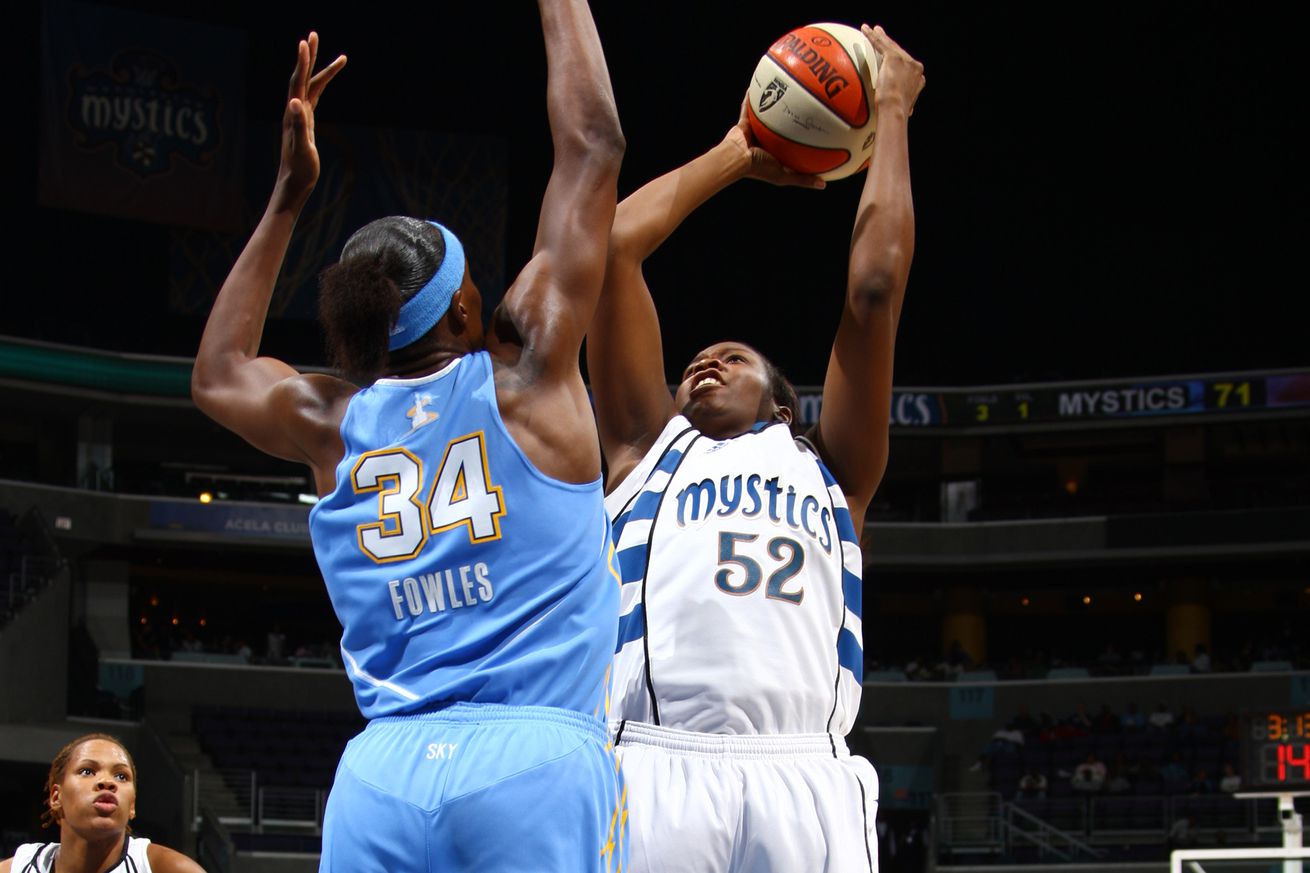 Andrea Gardner (right) attempts a shot over Sylvia Fowles on August 29, 2008 at Verizon Center in Chicago. | Photo by Ned Dishman/NBAE via Getty Images

Players from historically black colleges and universities have been clawing for years at the WNBA. Texas Southern’s Ciani Cryor and Morgan State’s Chelsea Mitchell are looking to prove they have what it takes.

As the WNBA continues to prove its superiority worldwide, it also continues to show that it is one of the most competitive to reach. According to a 2018 NCAA report, less than one percent of women make it to the WNBA. The level of competition, home and abroad, for 144 roster spots across 12 teams makes this an exciting time for the league and its fans. But players at smaller schools will consistently find it more difficult to make the giant leap up to the pros, especially those from historically black colleges and universities (HBCU).

The historic 2002 WNBA Draft that saw Swin Cash and Sue Bird drafted out of Connecticut was the last time we saw significant representation of HBCU players on the draft board: Howard’s Andrea Gardner, the 27th pick by the Utah Starzz; North Carolina Central’s Amba Kongolo, the 56th pick by the Phoenix Mercury; and Southern’s Jacklyn Winfield, the 59th pick by the Starzz.

Gardner is the highest-drafted HBCU product to play in the WNBA. Kongolo was the first player from the CIAA ever drafted into the league. And Winfield was the first player to be drafted into the WNBA out of the SWAC. But the excitement of draft night gave way to WNBA realities. Winfield was waived after averaging 1.5 points and 6.3 minutes in three preseason games. Kongolo doesn’t appear to have competed with the Mercury. And after being let go by the Starzz after her rookie season, Gardner tried out for other teams but ultimately landed overseas.

She later had brief stints with the Seattle Storm and San Antonio Silver Stars before finishing in 2008 at her old stomping ground, D.C., with the Washington Mystics.

Are there any players at HBCUs in 2020 who could defy the same odds Gardner did? Ciani Cryor out of the SWAC and Chelsea Mitchell from the MEAC could catch the eyes of league scouts this draft season.

Texas Southern’s Ciani Cryor has been making a name for herself this season in the SWAC. By now, you’ve probably seen the fight between Alabama State and Texas Southern women’s basketball teams. Texas Southern’s short-lived victory, 81-54, included five suspended players. One of those players was Rutgers graduate transfer, Cryor. The 5-foot-5 guard leads the conference in scoring with 17.7 points and 6.8 assists per game, and she is in the top five in field-goal percentage. Cryor’s height puts her at a disadvantage but she averaged 16.7 points per game during the team’s non-conference schedule. She’s currently shooting at 42 percent.

Meanwhile, her teammate, Niya Mitchell, is one of the top 10 rebounders in Division l, averaging 11.9 rebounds per game.

Morgan State’s 5-9 guard Chelsea Mitchell is one of the top HBCU scorers and rebounders, averaging 14.8 points and 9.4 rebounds points per game. During non-conference she averaged 11 points and 8.2 rebounds per game. Mitchell can make a name for herself in March.

The path won’t be easy for either player but there are some ways players from smaller programs could get a fair shot at turning pro in the future. One way would be to reinstate the WNBA combine, which last was held in 2008 in Tampa, the site of that year’s Final Four, a few days before the draft. Players who are not on the national radar, otherwise, have limited opportunities to show their stuff.