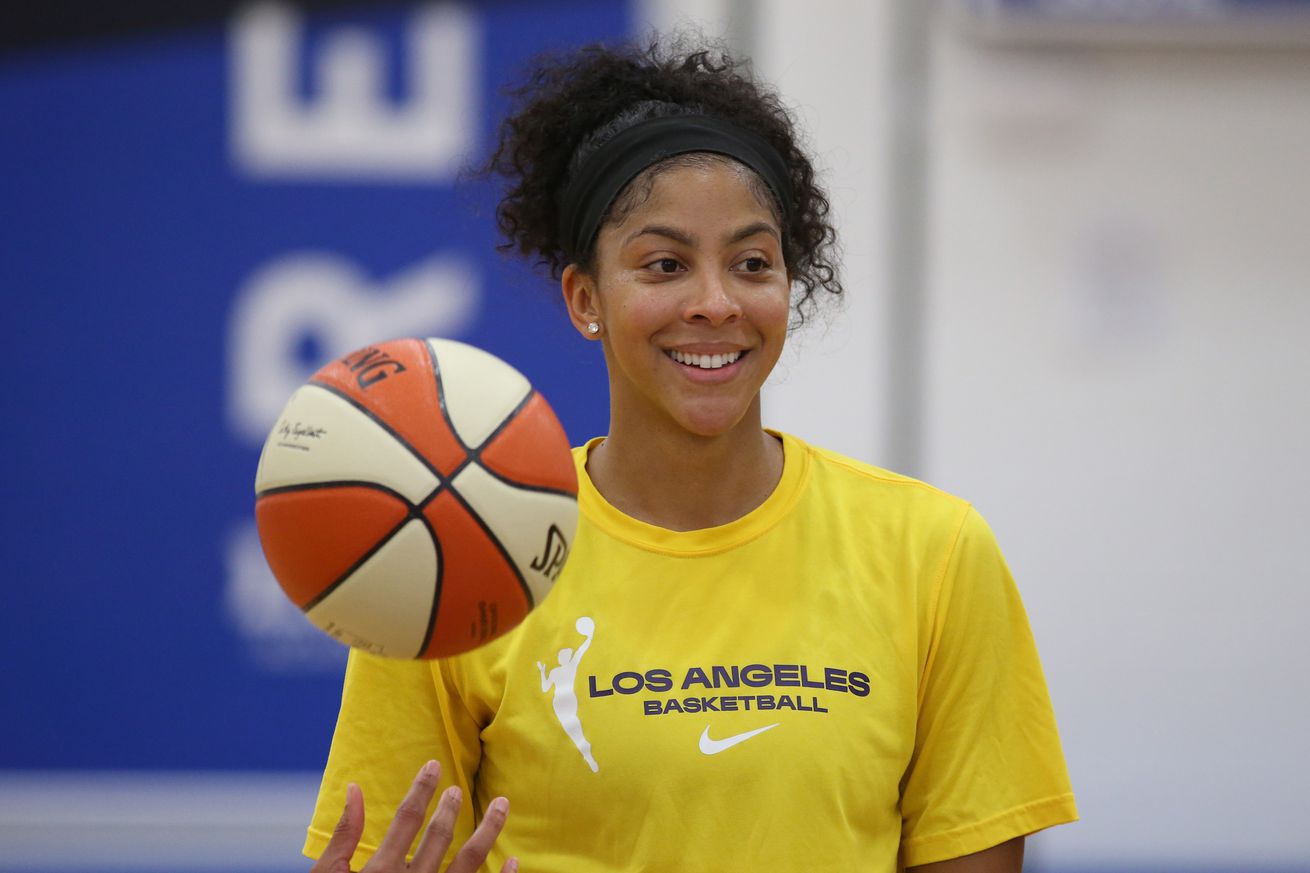 Candace Parker is looking to make a bigger impact in 2020. | Photo by Stephen Gosling/NBAE via Getty Images

The Los Angeles Sparks have a very talented roster but depth and experience are lacking once you look beyond the starting five.

The Los Angeles Sparks’ 2019 campaign ended in a disappointing 3-0 series defeat by the Connecticut Sun in the WNBA Semifinals. Seeking a do-over from that disappointing finish, the Sparks enter the shortened 2020 season as an experienced team, with half of the players having five or more years of experience. Thus, they should be primed for another playoff run.

Yet, the Sparks’ roster took some significant hits in the offseason and leading up to the season’s delayed tipoff. Alana Beard, a long-time stout defender, retired in January. Kristi Toliver, who signed with the team in a return bid after a three-year stint with the Washington Mystics, opted out of the 2020 season due to coronavirus concerns. Chiney Ogwumike, who came to the Sparks via trade from the Sun last season, also will miss the season due to coronavirus concerns. Beatrice Mompremier and Tynice Martin, selections in the 2020 WNBA Draft, were waived at the roster finalization deadline.

The additions to the roster, however, signal that it’s not all gloom and doom for L.A. Seimone Augustus joins the Sparks on a one-year deal after 14 years with the Minnesota Lynx. Augustus suffered from a knee injury last season and played only 12 games. The Sparks also received Brittney Sykes and Marie Gülich, both from the Atlanta Dream, in exchange for 2019 draft pick Kalani Brown. Sykes is an established guard who should serve as a viable replacement for Beard. Gülich, however, enters her third season on her third team and has yet to establish consistent playing time.

Marina Mabrey, another 2019 draft pick, was sent to the Dallas Wings in exchange for Kristin Anigwe, who was drafted in 2019 by the Sun. Anigwe was sent to the Wings during the 2019 season and appeared in 27 games, with limited impact. Te’a Cooper was drafted in the second round of the 2020 draft by the Phoenix Mercury and was waived at the roster cut deadline. She later signed with the Sparks after Toliver announced her decision to opt out. Reshanda Gray was signed by the Sparks after being cut by the New York Liberty during initial roster finalization.

Potential problems for the Sparks

Succumbing to age and lack of depth

The Sparks were inconsistent last year, in part, due to injuries. Candace Parker missed 12 games due to injury and averaged a career-low 11.2 points per contest. Seimone Augustus, a likely key role player for L.A., played in just 12 games for the Lynx due to injury. With only half of the Ogwumike duo available in 2020, the depth behind Augustus in the frontcourt is quite unproven.

In the backcourt, proven entities Chelsea Gray, Brittney Sykes and Riquna Williams will factor largely in the Sparks’ 2020 success. However, depth, again, is an issue. Tierra Ruffin-Pratt, while a seasoned player, has not risen to the level of being a consistent scoring threat. Additionally, Sydney Wiese and Cooper have a chance to show what they can do.

With so many new pieces, injuries or decline in production by Parker and Augustus could spell disaster for the Sparks’ season.

Potential promise of the Sparks

While star Candace Parker and Augustus look to return to their previously established high standards, an optimistic Sparks fan might look to the younger segments of the Sparks’ roster for hope. Sykes enters her fourth season in the WNBA and could see more scoring opportunities. Cooper, Wiese and Anigwe could be called upon for heavy involvement with the more established players. Meaningful contributions could very well bolster a roster that appears to lack depth and bode well for their success in the league moving forward.

If the starters are available for most games this season, and one or two of the newer additions makes a leap to role-player status, the Sparks could be a top-four team. Given the talent on the roster, they should have no problem finishing in the top of the league barring disastrous injuries to multiple players.