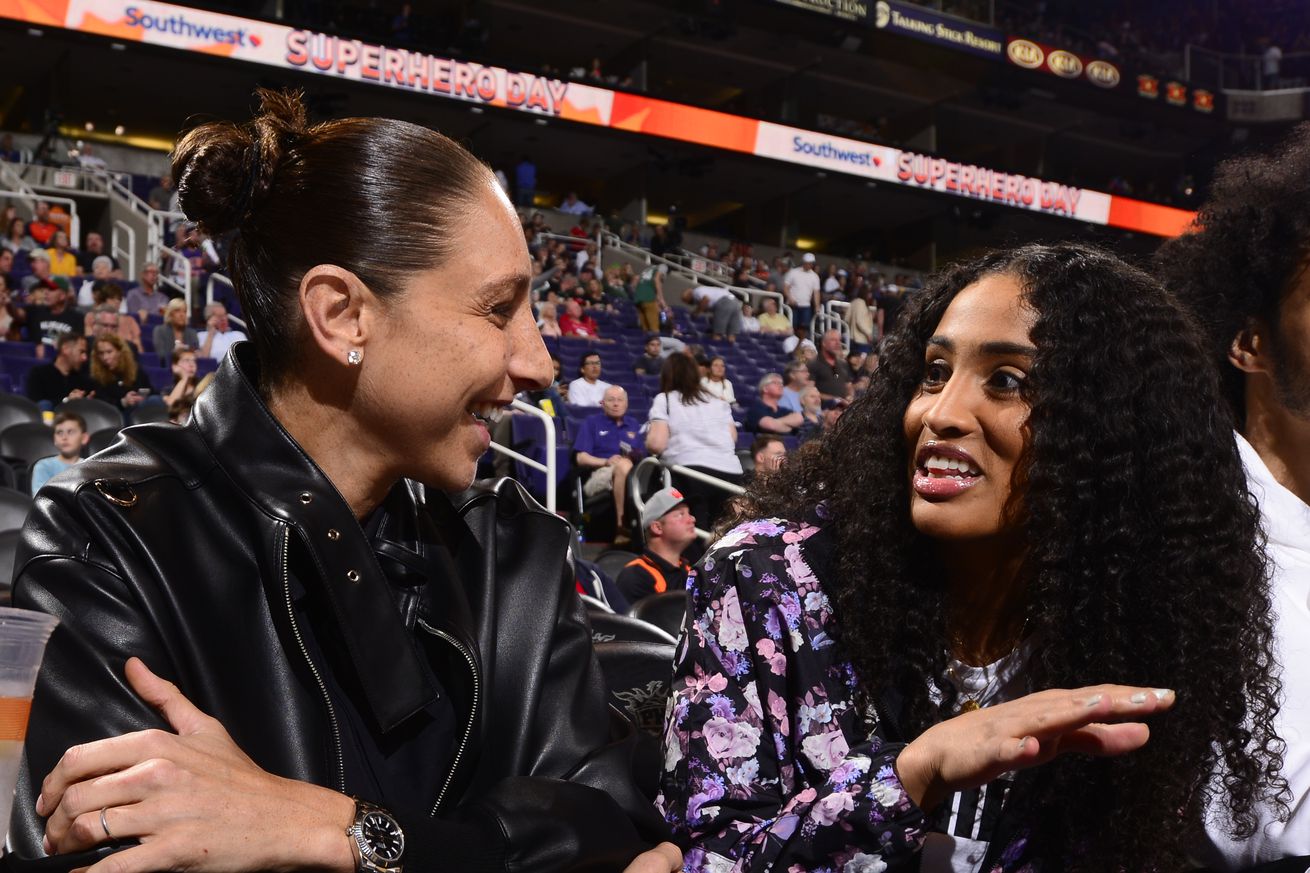 The Mercury lost DeWanna Bonner and added Skylar Diggins-Smith to a roster that saw a ton of changes this offseason. Bria Hartley also joins Diana Taurasi and Brittney Griner in Phoenix.

A handful of players have decided to opt out of the season due to COVID-19 and/or a desire to use their platform to continue the battle against racism. And if the WNBA season does take place in spite of all the obstacles, there will still be no fans in attendance and all the games will be played at one location in Bradenton, Florida, to avoid further spreading of the coronavirus.

The Phoenix Mercury, who lost in the first round of the playoffs last year, are trying to salvage the final years of the legendary Diana Taurasi’s career. They signed free agent point guard Skylar Diggins-Smith in the offseason, which is a great addition. However, they also lost a star when DeWanna Bonner signed with the Connecticut Sun.

Potential problems for the Mercury

Will Diana Taurasi be 100 percent?

Due to a back injury, Taurasi played in just six games last year. She wasn’t able to provide a whole lot, although she did have 10 assists and eight assists in back-to-back games on Aug. 27 and Aug. 29, respectively. She did not play in the Mercury’s one playoff game.

Taurasi went on to play a diminished role (by her standards) with the USA Basketball Women’s National Team during their 2019-20 competition. And she did not see any action with the squad after the calendar turned to 2020.

Taurasi is considered by many to be the greatest WNBA player of all time, but the question is whether or not she can still be a top tier star as a 38-year-old returning from an injury. The good news for Mercury fans is that she did average 20.7 points per game while playing a full season in 2018.

Will Skylar Diggins-Smith be 100 percent and can she complement Taurasi?

Diggins-Smith was on maternity leave last year, but played with Team USA during the offseason and averaged a solid 7.3 points per game. She is still in her prime at age 29 and could be a huge help to the Mercury as she joins her former “Three to See” draft mate Brittney Griner. She has lived up to the hype that surrounded her as a rookie back in 2013 and, at her best, she is one of the top guards in the WNBA.

Diggins-Smith is more of a true point guard than Taurasi is, and while Taurasi can do it all (score and distribute), Diggins-Smith has the slight edge in the assists department. She has averaged 4.9 assists per game as a WNBA player so far and has the talent to maintain a higher average than Taurasi’s 4.3 throughout her career.

Both players will likely start, especially since the Mercury lost three starters (Bonner, Leilani Mitchell and Briann January) from last year. That means Taurasi may play at the two-guard spot more often than usual while Diggins-Smith operates the point. It will be interesting to see how that dynamic works out.

Can they replace the scoring and rebounding of DeWanna Bonner?

Bonner averaged 17.2 points and 7.6 rebounds in 2019. The Mercury will be looking for Diggins-Smith to fill the scoring void. The Notre Dame product averaged 20.1 points per game in 2014 so she is capable of scoring a lot. She also has a higher career scoring average (15.9) than Bonner (14.4) and a higher scoring average when it comes to their last seasons played (Diggins-Smith averaged 17.9 points in 2018). Taurasi, the WNBA’s all-time leading scorer, will have her say as well.

As far as rebounding goes, the Mercury have added 6-foot-2 forward Jessica Breland (7.3 rebounds per game in 2019) and 6-foot-4 center Kia Vaughn (4.0) to play with Griner, a 6-foot-8 center. Phoenix will also look for second-year forwards Alanna Smith (6’4”) and Brianna Turner (6’3”) to improve in that department.

Potential promise of the Mercury

Griner posted her second-highest scoring average at 20.7 last year, a mark that led the WNBA. She is 29 years old, finished second in MVP voting to Elena Delle Donne last year and has developed a good mid-range shot. If she can up her rebounding numbers (she has never averaged more than 8.1 a game) and continue to grow as a scorer, she should be an MVP candidate this year as well.

Griner was drafted at No. 1 overall in 2013 and the combination of her and Taurasi was expected to achieve great things.

In 2014, Griner helped deliver the franchise’s third WNBA championship, but her individual accolades have been overshadowed by Delle Donne, who went second in the 2013 draft. Since 2013, the league has begun to value tall players with guard-like skills (like Delle Donne) more and more. Griner does not fit that bill, but is a superstar who is peaking and she could bring the MVP award back to a true post player. Delle Donne and Breanna Stewart (2018) won the award the past two years after true center Sylvia Fowles claimed it in 2017.

Skylar Diggins-Smith is a passing upgrade

Look for a lot of Diggins-Smith kick-outs that lead to Taurasi threes for a Phoenix team that now possesses a much-improved backcourt from last year, when it featured Mitchell and January.

Diggins-Smith is a poised veteran point guard who will do whatever it takes for the team to win. She has experience playing with a dominant 6-foot-8 player (Liz Cambage) and Phoenix is lucky to have her getting the ball to Griner in the paint and Taurasi on the perimeter.

The Mercury are middle of the pack on paper. After Griner, Diggins-Smith and Taurasi there’s a drop-off in name recognition, but new addition Bria Hartley is a solid contributor in her prime. The 5-foot-8 guard out of UConn averaged 9.8 points and 3.2 assists with the New York Liberty last year. Hartley may come off the bench seeing as Breland and Turner fit as starters in the four and three spots, respectively. Phoenix has a good chance at making the playoffs with that core.