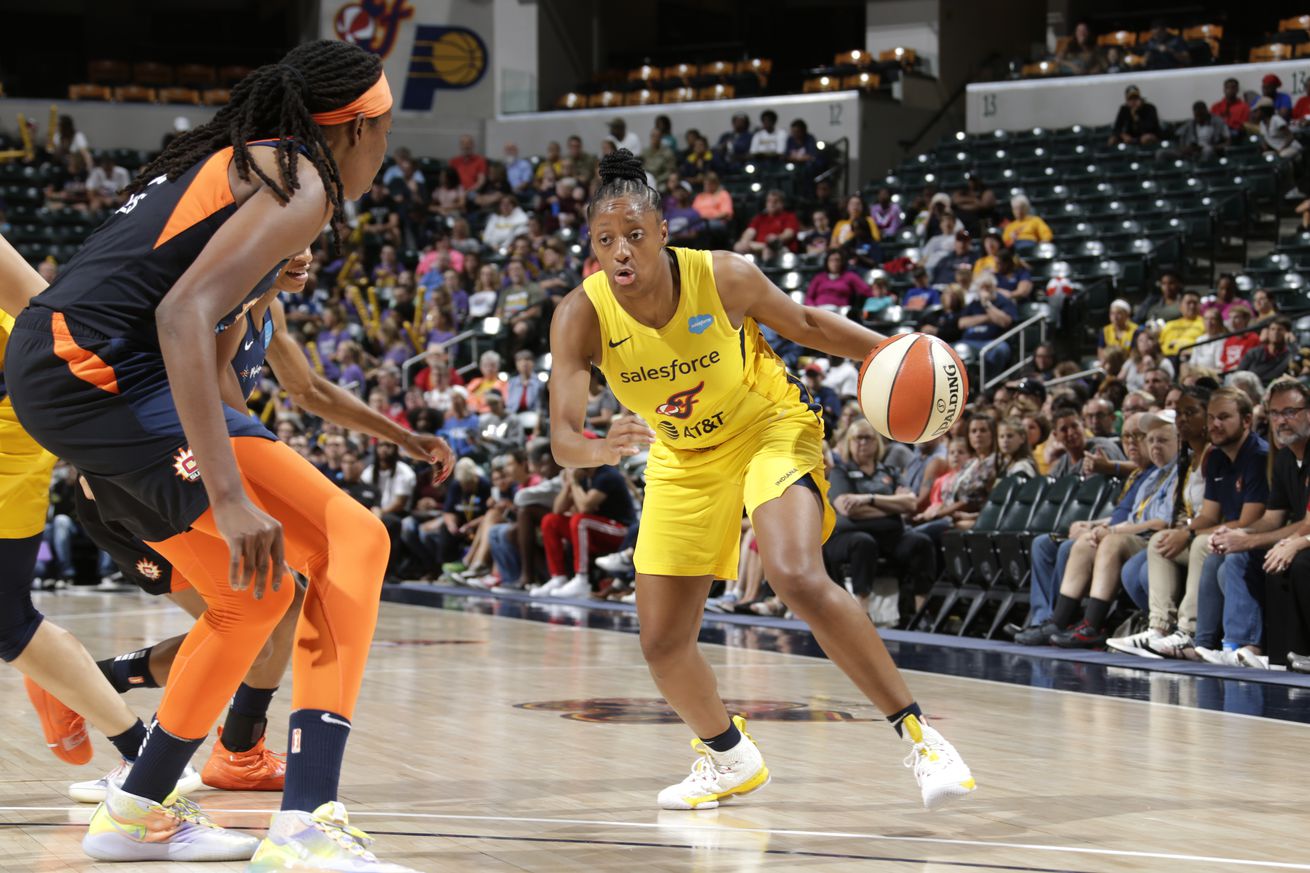 Kelsey Mitchell is a rising star for the Fever. Can she make the leap this year? | Photo by Ron Hoskins/NBAE via Getty Images

The Indiana Fever have slowly improved since bottoming out in 2018. Under new head coach Marianne Stanley, this could be the season the Fever return to the playoffs.

The Indiana Fever won 13 games last season, the most during coach Pokey Chatman’s tenure, but considering the on-court product was not much of an improvement over the previous two seasons, Chatman was relieved of her general manager and head coaching duties.

Marianne Stanley joins the Fever as head coach after 10 seasons as an assistant head coach with the 2019 WNBA champion Washington Mystics. Tamika Catchings, a Hall of Fame player who spent her entire career with the Fever, was named the general manager and will retain her duties as vice president of basketball operations.

Potential problems for the Fever

The Fever’s youth will continue to work against them

The Fever are going through a rebuild period, and it may be that in time their talent will blossom into a formidable team. It was expected that this group would have taken a larger step last season, such disappointment could continue into 2020. Nine of the 12 players on the Fever’s roster have played less than five seasons, and the teams ahead of them are certainly not relying on inexperienced players to carry them to the playoffs.

Who will make the leap for the Fever?

Last season, Kelsey Mitchell led the Fever with a usage of 26 percent which was ninth in the WNBA. However, Mitchell averaged 13.6 points per contest, which was the lowest among players in the top ten of league usage.

Candice Dupree, Erica Wheeler and Teaira McCowan also averaged double figures with super-sub Tiffany Mitchell just short of 10 points per game. Victoria Vivians will be back this season after she missed last season recovering from an ACL injury. In her rookie season, Vivians averaged 8.9 points.

Entering her sixth season, Natalie Achonwa looks to be a full-time starter and improve upon her 2017 career-high 10.3 points scoring average. Achonwa started just 18 games last season as the starting lineup was quite varied due to the team’s struggles.

Lack of scoring consistency has been a recurring problem for the Fever and it could rear its head in 2020.

Potential promise of the Fever

Despite not winning very much, the Fever have improved on offense and defense year-by-year the past three seasons. If that trend continues the Fever could be hovering around .500 this season. The Fever return most of the roster from last season while bringing in three promising rookies. Consistency in the locker room can build trust on the court, which ultimately leads to team success.

While the roster is young, it has a lot of on-paper potential that has shown up on the court from time to time This could be the season that the team takes a larger step.

Kelsey Mitchell and Teaira McCowan appear to be on All-Star trajectories. These two players will likely drive the success of the Fever this season and many seasons in the future. Throw in a returning Victoria Vivians, Kennedy Burke and the new additions of Lauren Cox, and the Fever have a lot of depth and untapped potential ready to play.

If the players around Candice Dupree, Natalie Achonwa and Erica Wheeler take leaps, the Fever could be the upstart team that fans have been waiting for since the rebuild began a few seasons ago.

A lot is riding on inexperienced youth, but as most of their players enter their second or third seasons, it is quite possible that the Fever could wind up as the WNBA’s seventh or eighth seed. With a new head coach and a lot of talent, the Fever could continue their upward trajectory.