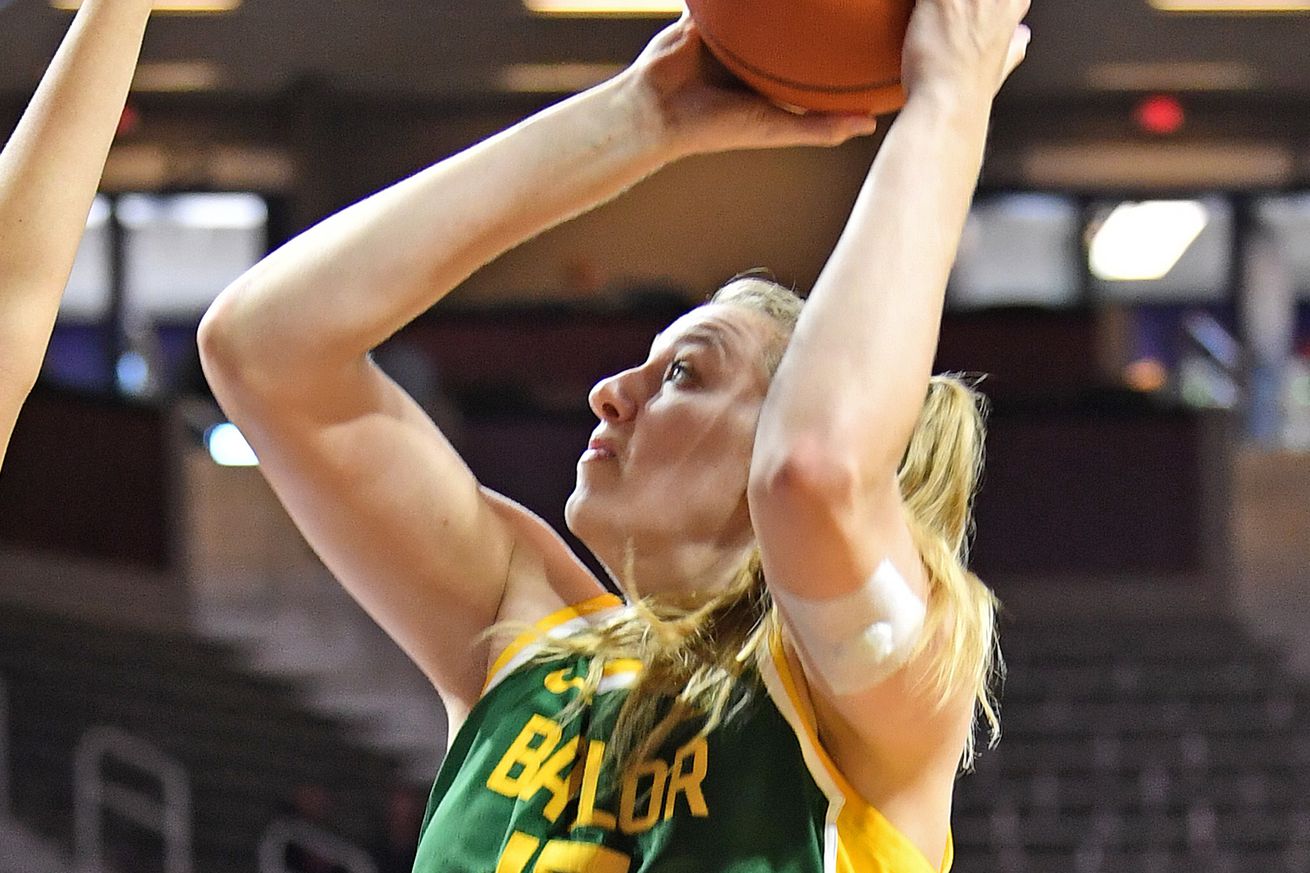 Lauren Cox was selected No. 3 overall after a fantastic career with the Baylor Lady Bears. | Photo by Peter G. Aiken/Getty Images

The Indiana Fever made some improvements in 2019 but still were granted the third overall pick in the 2020 WNBA Draft, with which they chose Baylor forward Lauren Cox. A pre-draft trade allowed the Fever to also pick at No. 14, and the retooling team selected 2020 Big Ten Player of the Year Kathleen Doyle out of Iowa. In the third round, Kamiah Smalls of James Madison University was drafted No. 28 overall.

Here’s where they’ll fit with the new-look Fever:

A frontcourt tower of power

Indiana drafted 6-foot-7 center Teaira McCowan in 2019 and followed that selection this year with 6-foot-4 forward Cox, who averaged 13 or more points and at least eight rebounds per contest during the three years she was a starter at Baylor. Cox is also a threat from beyond the arc which will keep the lanes clear for the driving guards of Indiana.

Defensively, Cox will be ready to go from Day 1 — she averaged two-and-a-half blocks per game at Baylor. Alongside McCowan, the 2019 SEC Player of the Year and SEC Defensive Player of the Year, she will have space to operate on both sides of the ball. Vice versa for McCowan, with the duo forming a defensive “tower of power” to frustrate offenses.

In the frontcourt, new head coach Marianne Stanley will have many options, including Candice Dupree and Natalie Achonwa in her rotations.

In the backcourt, Indiana does not suffer from weak guard play. Between Erica Wheeler, Kelsey Mitchell, Tiffany Mitchell, Kennedy Burke and a returning Victoria Vivians, the Fever were solid.

Doyle was more of a facilitator her first three years as a starter at Iowa, averaging around 10 points per game. In her senior season, with Megan Gustafson lost to graduation and the WNBA, Doyle became a much better shooter — jumping to 44 percent from 39 percent, with her production rising to 18 points per game. Her 3-point game needs improvement, though; Doyle is a career 30-percent shooter from beyond the arc.

In four years at Iowa, Doyle averaged 5.7 assists and had an assist-to-turnover ratio of 1.8.

Smalls comes to the Fever after a highly decorated career with James Madison, where she was named to the All-CAA First Team three consecutive years. In 2020, she was honored as the CAA Player of the Year. From her freshman year to senior season, Smalls doubled her scoring average from nine points to 18.6 points. Additionally, she shot 38 percent from 3-point range in her final two seasons, making her a great shooting guard option.

With the addition of three draftees and three free agents, the Fever were always going to have to downsize. Paris Kea, a 2019 draftee, and Erica McCall were released last week. McCall was drafted in the second round of the 2017 WNBA Draft, playing in 79 games but featured in just 15 games in the 2019 season. Kea played 11 games during her rookie season.

The Indiana roster sits at 16, with backcourt and frontcourt players split evenly. Allemand, Hatar and January bring professional, European experience to an otherwise young squad. However, being on a training camp contract means January is a long shot to make the season roster, and two players from last year — Kennedy Burke and Stephanie Mavunga — could also find themselves not on an opening day roster. That would leave the Fever with one more player to cut to reach the 12-woman roster requirement — Kamiah Smalls, perhaps.

With a mix of veteran talent and budding young stars, the Fever finally have a .500 or better season just around the corner.