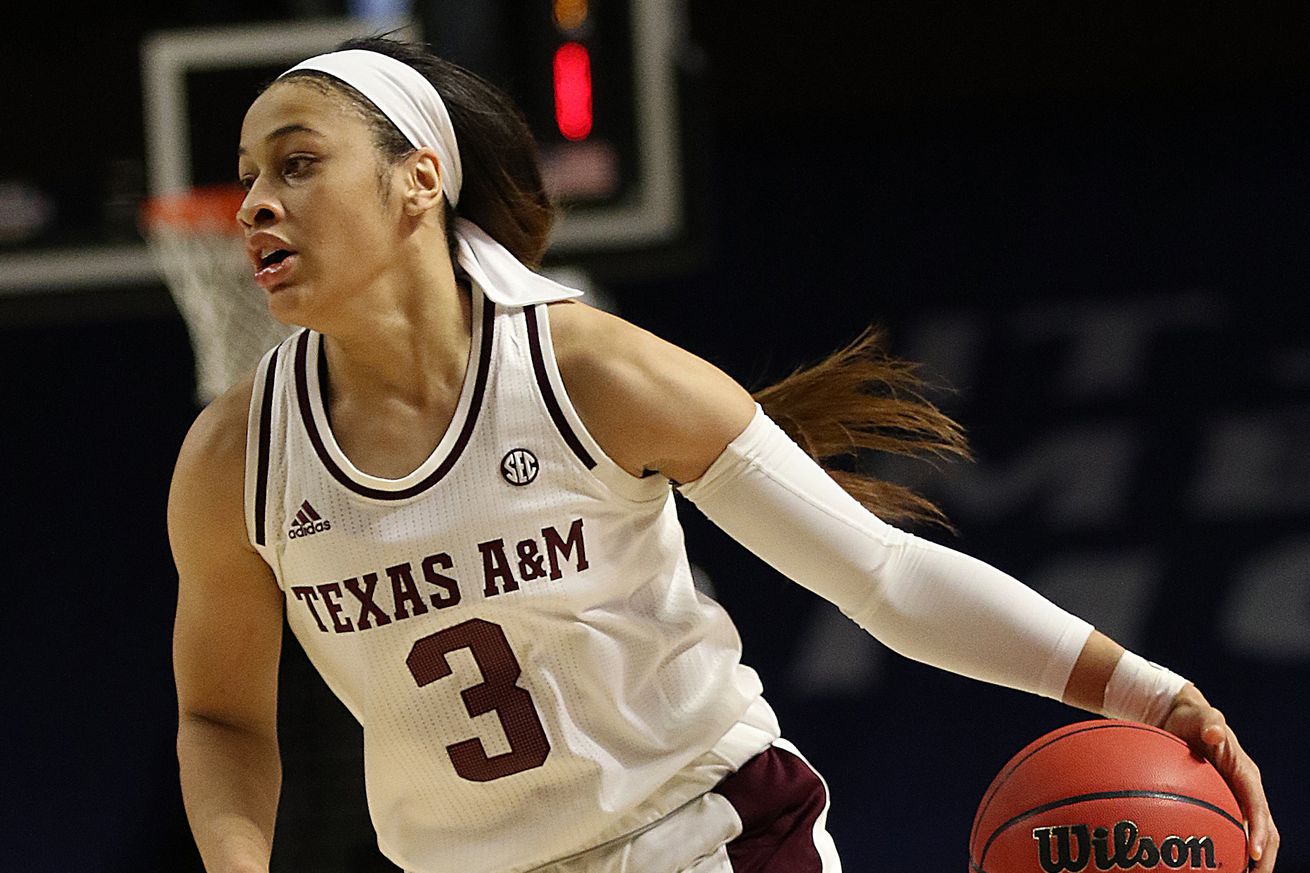 After big changes in free agency, the Atlanta Dream’s draft choices fulfilled their vision for 2020 by filling a few glaring holes.

With a league-worst 8-26 record, the Atlanta Dream had a dreadful 2019 WNBA season. It is yet to be seen if 2020 will be their bounce-back year, but strong free agency moves and an effective draft strategy definitely put them in position to make vast improvements.

The Dream traded away Brittany Sykes and Jessica Breland and brought in Kalani Brown, a more youthful post player than Breland, and Courtney Williams, a guard who can create her own shot. Sykes, while second in team scoring in 2019, is not a pure scorer. Additionally, the Dream did not re-sign Alex Bentley who never grew into a consistent offensive threat off the bench.

On Friday, the Dream selected with the No. 4 overall pick arguably the best scorer in the 2020 draft class: Chennedy Carter. As an Aggie at Texas A&M, Carter averaged 20 or more points in each of her three seasons and can light it up from beyond the arc, though she shot 38 percent from 3-point range as a freshman and declined to 25 percent as junior, perhaps impacted by the injuries that disrupted her season.

She also can muscle to the rim at will.

With the No. 4 pick in the #WNBADraft the Atlanta Dream select the #SwaggyAggie!

Questions remain about Carter’s defensive ability, however, and the Dream have prided themselves on a team-defense approach. But with shot-blockers like Kalani Brown and Elizabeth Williams behind her, Carter has some insurance should her mark get passed her.

The Dream’s other picks

At 6’5” inches, Brittany Brewer is the second-tallest player on the team and, as the 17th overall pick of the 2020 draft, her credentials are impressive. Brewer averaged 16.6 points, 10.3 rebounds, and 4.3 blocks as a senior at Texas Tech. Brewer is not only adept around the rim but can shoot from anywhere on the court which should provide good floor spacing for the Dream’s offense. I expect Brewer to feature off the bench as a rookie.

Third round pick (No. 25 overall) Mikayla Pivec is an experienced guard who has a chance to make a WNBA roster. Pivec’s surprise fall to the third round makes her likely to be one of the five cut from Atlanta. However, Pivec can score and her willingness to rebound as a guard shows her tenacity as she is the shortest player in Pac-12 history to record 1,000 career rebounds. Pivec started 127 of her 136 career games at Oregon State and scored in double-figures in 60 of her final 66 games while shooting 36 from 3-point range.

Their fourth pick of the draft and the No. 27 overall pick, Kobi Thornton’s future in the WNBA is definitely a question mark. Thornton is undersized for a power forward at six foot two inches, so her transition to the WNBA will be interesting to watch. Thornton scores, defends, and rebounds competently but her lack of an outside shooting game definitely leaves her at a disadvantage on a roster that needs to cut five players.

Pivec and Thornton are longshots to make the team but Alexis Johnson and Alaina Coates are two players who could be cut in lieu of the rookies, given good performances in training camp and the preseason.

Overall, the Dream drafted with a clear vision in order to meet their needs. The new look Dream will definitely be a team to watch in 2020.