WNBA Draft 2020: Hebard can elevate the Sky’s offense in Chicago 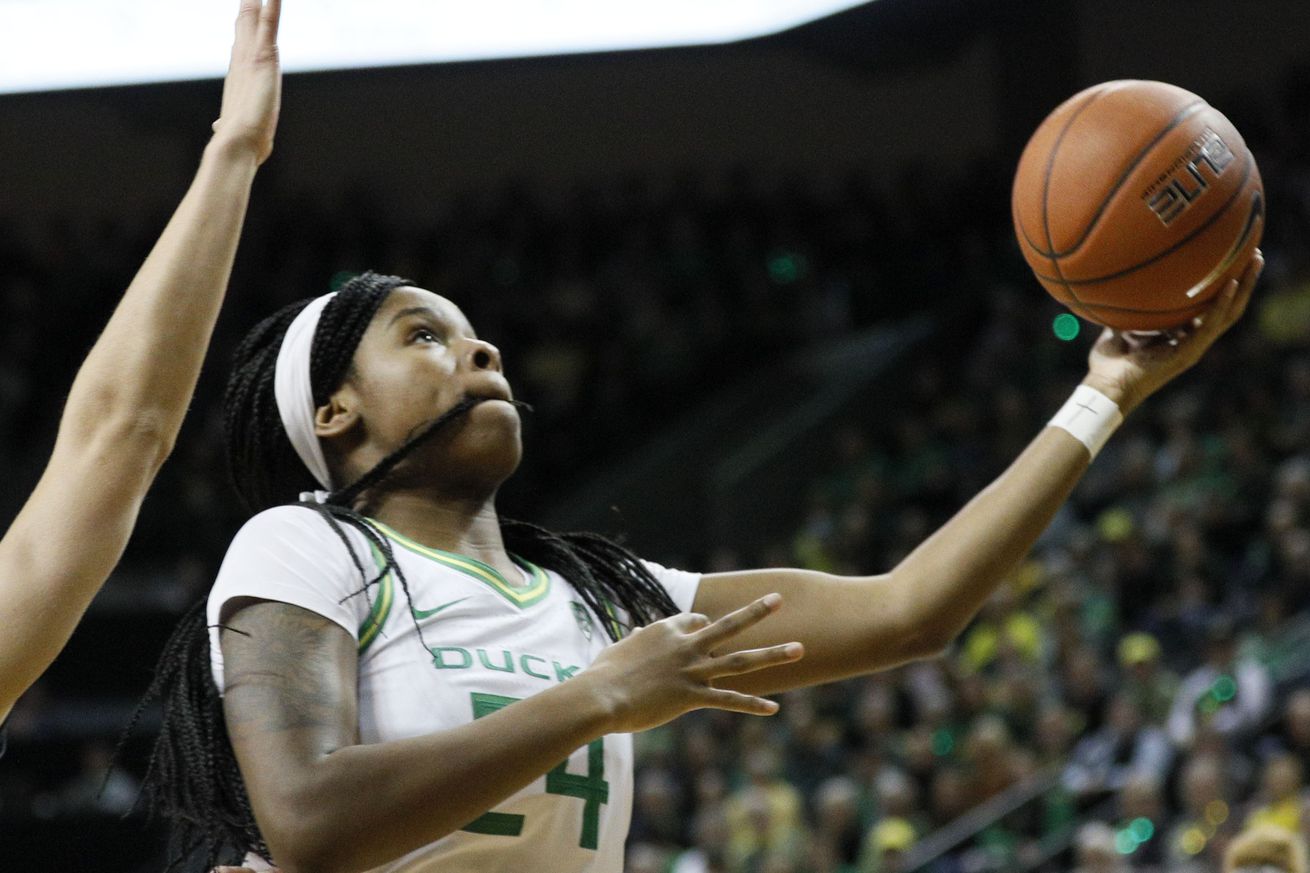 Ruthy Hebard was selected in the first round as expected, and the third Oregon player taken after No. 1 Sabrina Ionescu and No. 2 Satou Sabally. | Soobum Im-USA TODAY Sports

The Chicago Sky went 20-14 last year and made it to the playoffs for the first time since 2016. Behind new head coach James Wade, the 2019 WNBA Coach of the Year in his first year at the helm, starting shooting guard Allie Quigley furthered her stance as a 3-point threat and her chemistry with her wife, starting point guard Courtney Vandersloot, have made the Sky a fun team to watch.

Both were All-Stars in 2019, along with Diamond DeShields, a 6-foot-1, do-it-all wing, who averaged just north of 16 points per game last year and won the Skills Challenge at All-Star Weekend. Given that the trio of DeShields, Quigley and Vandersloot provide most of the Sky’s scoring — a combined 41.2 points per game — Chicago could use more offensive talent in the post to lighten the load on the team’s stars. The draft’s No. 8 overall pick, Oregon Ducks forward Ruthy Hebard, can make an impact right away and strengthen a frontcourt featuring Jantel Lavender, Stefanie Dolson and Cheyenne Parker.

What Hebard brings to the Windy City

Hebard was a safe pick at No. 8 overall. She is a consistent force in the paint and holds the Pac-12 career record for field goal percentage with 65.1. She played alongside one of the greatest point guards in college basketball history, Sabrina Ionescu, and definitely benefited from Ionescu’s distributing talent. But Hebard should find just as much success in the WNBA with Vandersloot getting her the ball, given the draftees elite efficiency.

The 6-foot-4 power forward has a great inside touch. What makes her a true standout, however is her successful history in pick-and-roll situations and in transition. Hebard can run the floor better than most bigs and, therefore, will be a fast-break weapon for the Sky.

With 17.3 points per game, Hebard was just shy of being the Ducks’ leading scorer during her 2019-20 senior season (Ionescu averaged 17.5). Hebard also hauled in 9.6 rebounds per game and ended her college career with overall per-game averages of 16.4 points and 9.0 rebounds. Her high scoring average in 2019-20 was especially impressive, however, considering the other weapons Oregon had, including No. 2 overall pick Satou Sabally (16.2 points per game) and 3-point specialist Erin Boley (9.2 points per game).

If Hebard can put up big numbers playing with that plethora of offensive weapons, she could could have an immediate impact in the scoring column for the Sky. That would be nice for a team that lost Sylvia Fowles, one of the all-time great post players, to Minnesota Lynx in 2015, and 6-foot-5 superstar Elena Delle Donne to the Washington Mystics in 2017.

All things considered, though, Chicago was second to the Mystics in points per game in 2019, with 84.6. So, if the Sky guards stay hot and the team improves in the paint, the Sky again could have one of the best offenses in the league in 2020.

Rounding out the frontcourt

In the third round at No. 32 overall, the Sky took another power forward in 6-foot-2 Florida State Seminoles senior Kiah Gillespie. Gillespie is undersized for a four but put up great numbers in Tallahassee after transferring from Maryland. She has good post moves and can also shoot the three.

Gillespie will be competing for a forward job against fellow Seminole and 2019 third-round pick Maria Conde, and former first-round picks Gabby Williams and Azurá Stevens.

Both Williams and Stevens looked good in their 2018 rookie season — Williams in Chicago and Stevens with the Dallas Wings. But Williams went to the bench in 2019 and her scoring average dropped from 7.3 points per game to 5.6, and Stevens missed most of her 2019 season in Dallas due to a foot injury.

With Vandersloot playing the best basketball of her career, it may seem unnecessary for Chicago to worry about the point guard position. But, after Vandersloot, No. 30 overall pick Japreece Dean of the UCLA Bruins may be the second-best distributor on the training camp roster. Dean averaged 5.6 assists per game as a senior — more than Quigley’s and DeShields’ combined average for the Sky during the 2019 WNBA season.

The Sky have five guards other than Dean, including Kaleah Copper and Sydney Colson after DeShields, Vandersloot and Quigley. Colson is the only guard who isn’t a roster lock; she averaged just 3.3 points per game last year for the Las Vegas Aces.

The Sky may have drafted Dean to test her potential, in hopes of finding something special. They also may have considered her success in the ultra-competitive Pac-12 a sign of professional readiness, which may have attracted them to Hebard as well.