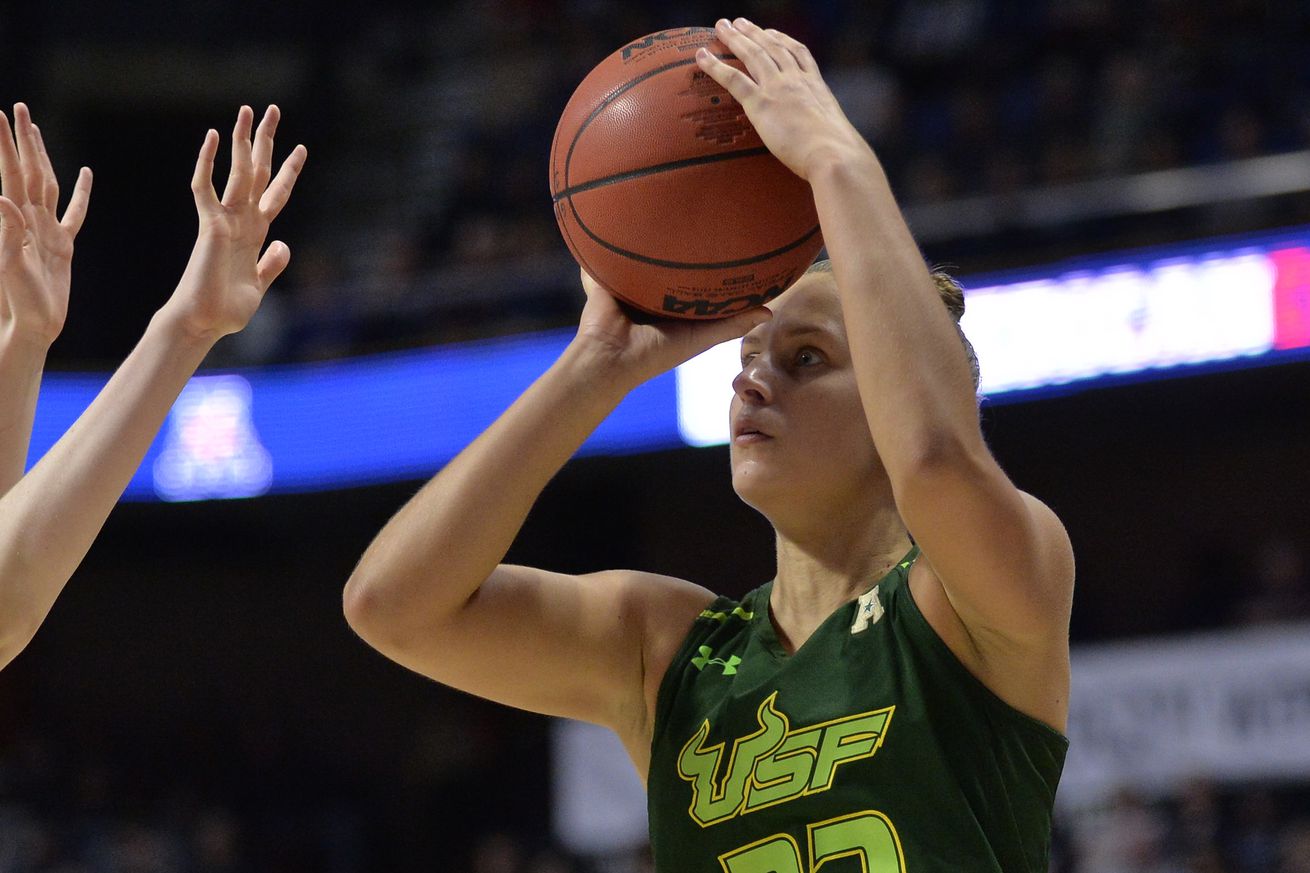 The Seattle Storm selected Kitija Laksa with the No. 11 pick before adding Joyner Holmes (No. 19) and Haley Gorecki (No. 31). The selections are indicative of Seattle’s smart drafting strategy, an effort to ensure the Storm remain a championship-contending squad for years to come.

Yes, Seattle has a basketball team.

As such, the Storm were relatively quiet during the February free agency frenzy. Their 2020 draftees also were assumed to be rather insignificant additions. Due the limitations of the 12-woman WNBA roster, Seattle (like all WNBA teams) does not have the flexibility needed to add young, end-of-the-roster developmental projects.

However, for the second offseason in a row, the Storm executed a somewhat sneaky draft strategy, cleverly navigating the WNBA’s roster building constraints to create flexibility and, in turn, ensure that their squad remains stocked for long-term championship contention.

With the No. 11 pick in the 2020 WNBA Draft, Seattle selected Kitija Laksa.

Laksa played three seasons at the University of South Florida before an ACL injury at the outset of her senior year sent her back to her home country of Latvia. After recovering, she joined TTT Riga. In last season’s EuroLeague action, Laksa contributed an average of 8.0 points and 2.6 rebounds per game.

During her time at South Florida, Laksa proved herself to be an elite scorer, posting a career average of 17.8 points per game and an average of 21.1 points per game for her final 2017-18 season. These numbers were bolstered by her ability to take and make 3-pointers. In her final collegiate season, Laksa fired nearly 10 3-pointers per game, converting over 38 percent of her attempts.

Her sharpshooter profile understandably appealed to the Seattle Storm. During ESPN’s draft coverage, Sue Bird gave her seal of approval.

The already-stacked Storm also were attracted to Laksa for reasons that extend beyond the court. Seattle drafted her with the intention to delay her debut until the 2021 WNBA season.

In 2019, the Storm drafted and stashed Ezi Magbegor, selecting the promising Australian prospect with the No. 12 pick in that year’s draft with the understanding she would play another season with the WNBL’s Melbourne Boomers before joining the Storm for the 2020 WNBA season. Although High Post Hoops noted a possible misunderstanding between the two parties, Seattle appears to envision a similar plan for Laksa, with Laksa playing an additional season for TTT Riga before arriving in the Pacific Northwest ahead of the 2021 WNBA season.

Rather than “wasting” a first-round draft pick on a player who may not make the final roster cut, drafting and stashing allows the Storm to maintain a deeper pool of player talent, even as they simultaneously increase their immediate roster flexibility. Seattle retains the rights to an intriguing young player while she develops abroad, allowing the organization to devote all its active roster spots to players ready to contribute to the immediate championship chase.

While neither Magbegor nor Laksa are guaranteed to become future Storm stars, Seattle has given themselves more time to decide when and how these players will fit with their team.

The Dallas Wings, perhaps, wish they had extra time to whittle down their overstuffed squad.

Joyner Holmes, Haley Gorecki could factor into the Storm’s future

Assuming Magbegor’s arrival for the 2020 season, the Storm will have a full, 12-woman roster, thus, resigning No. 19 pick Joyner Holmes and No. 31 pick Haley Gorecki to an unfortunate fate.

It seems likely that neither player will find a WNBA home in Seattle in 2020. This reality reflects the extreme competitiveness of the league because both Holmes and Gorecki possess skill sets that suggest they should be reliable, valuable pros.

Head Coach Dan Hughes on Holmes: “The one common thing I heard about Joyner is that her best years are going to be as a pro.” pic.twitter.com/renBBFOv7R

Swish Appeal’s Eric Nemchock similarly saw Holmes’ pro potential, noting in his 2020 WNBA Mock Draft that the former Texas Longhorn “can rebound, defend, pass and dribble, making her a good fit for a team that already has plenty of shooting.” Sounds like a match for Seattle!

Even if Holmes does not make the 2020 Storm, that the organization has established a relationship with her could result in a reunion as soon as the 2021 season. Entering 2021, Natasha Howard, Alysha Clark and Sami Whitcomb will be free agents. While it is hard to imagine any of the three desiring to depart Seattle, the manic movement of the 2020 free agency period suggests we should expect anything.

Gorecki emerged as a do-it-all offensive dynamo for the Duke Blue Devils this past season. She profiles as an off-the-bench booster for the Storm or another WNBA team, using her high-volume, three-level scoring ability to inject some verve into a stagnating offense.

In training camp (whenever that may be), Gorecki can absorb lessons from the likes of Alysha Clark and Sami Whitcomb, both of whom had to persevere before establishing their place in the WNBA. After spending some time showing out for a team overseas, Gorecki eventually could find her way back to the Emerald City.