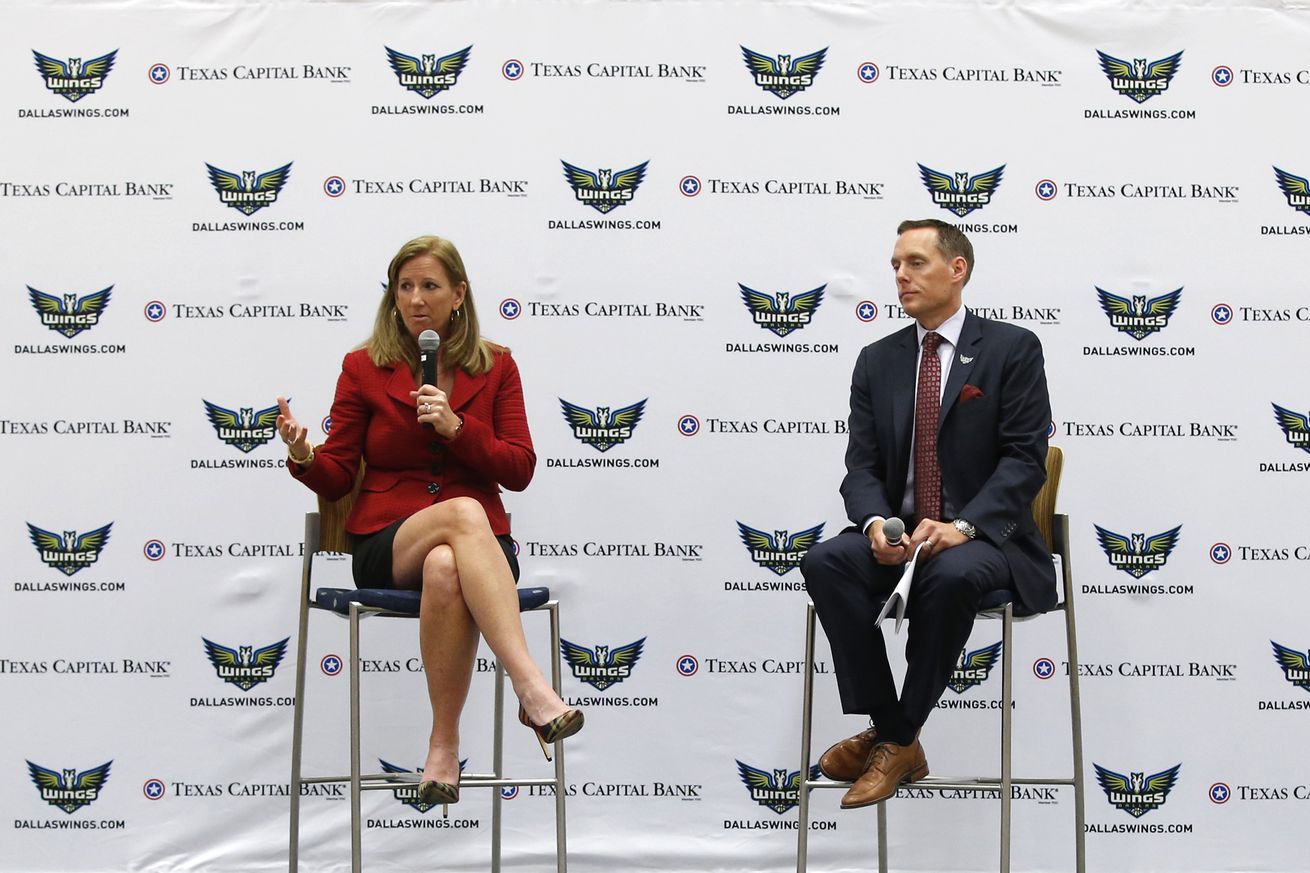 The Dallas Wings may have won the 2020 WNBA Draft but questions still surround the team. Here’s a look at the Wings’ upcoming season and why they’re still struggling to find their identity.

Most WNBA fans will be relieved if there’s a 2020 season. For Dallas Wings fans, however, the verdict is still out. An impressive haul at this year’s draft has only piled on more questions about the team’s direction and answered very few.

ESPN rated Dallas’ draft performance an A+. In this year’s first-of-its-kind virtual draft, the Wings selected:

Wings head coach Brian Agler has rarely been available since news broke of Penny Toler’s lawsuit against the Los Angeles Sparks in which Toler alleges Agler had a sexual relationship with a player during his time in L.A. But fans have voiced their belief that he can lead the Wings into a new era. Agler is still one of the best fits in the league to guide such a young and talented — though unproven — team into its new chapter.

“We’re painfully young,” Bibb said. “We’re going to have some ups and downs, but we have a very talented team now that can grow together.”

Here’s a rundown of where the team stands after its bevy of movements in free agency and a successful draft:

Packaged perfectly for the team and league, Satou Sabally is an immediate fan favorite. There’s no doubt she’ll be expected to pick up where Skylar Diggins-Smith left off as the face of the team. Assuming the pressure won’t be too much on the rookie after a whirlwind season at Oregon, Sabally could propel the team for seasons to come, and she seems ready for the challenge.

“I want to win. I want to do what’s best for the team culture. We’re all super talented. I feel we can accomplish big things and put Dallas on the map.” @BallySatou

Tyasha Harris brings her point guard skills to Dallas from the house that Dawn Staley built, while reuniting with 2017 national title-winning teammate Allisha Gray. Harris won’t, however, get a chance to play again with Wings fan favorite Kaela Davis, who was waived after three seasons. Given the team’s past, one can only speculate the true nature surrounding Davis’ departure. But Harris should make an immediate impact, especially with Arike Ogunbowale off the ball.

More in the frontcourt

Given Bella Alarie’s lack of exposure to most college fans, she’s a mystery — but with a big game that could only get bigger. Expect Alarie to be huge for the Wings on the boards after averaging nine rebounds per game at Princeton to go with 16 points.

Luisa Geiselsöder is a German center averaging 18.6 points and 2.3 rebounds per game. Her experience on Germany’s national teams will be invaluable to the untested young players.

The Wings haven’t had a problem in past drafts picking first-round gems. They have, however, struggled to keep all of them in the same way they’ve struggled to hang onto to stars like Diggins-Smith and Liz Cambage.

This free agency the Wings were noticeably busy. The team is far from done considering they still have cuts that need to be made to fulfill a 12-player roster. Imani McGee-Stafford has decided to enter law school for the next two seasons, so that opens one spot. But this is a team building for the future, not necessarily for the now, with many still wondering if their efforts should include front office changes.