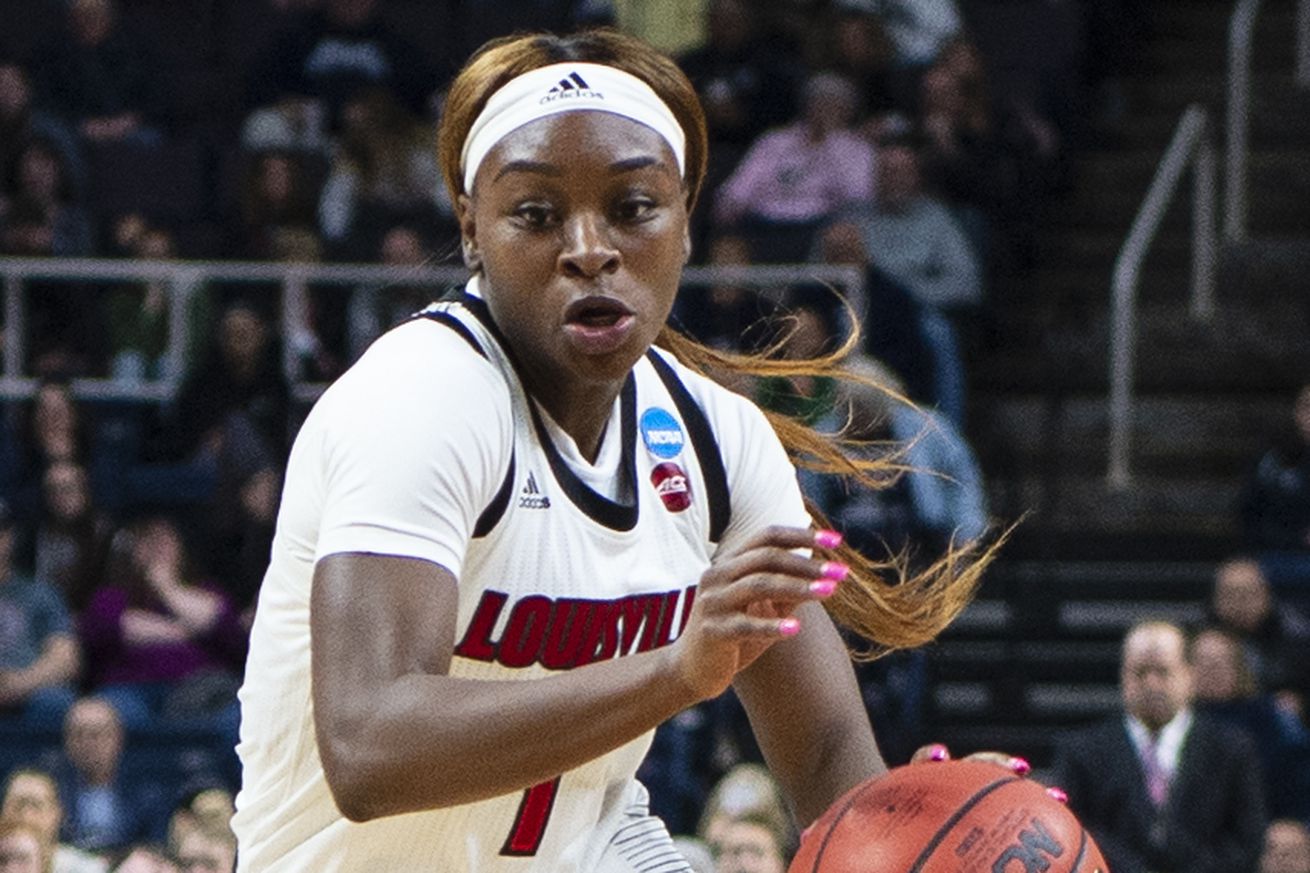 The ACC Player of the Year Dana Evans is returning for her senior season at Louisville. | Photo by Gregory Fisher/Icon Sportswire via Getty Images

With the 2020 WNBA Draft fast approaching, a few of the biggest names in college women’s basketball are making their intentions known.

With the WNBA Draft drawing close, the nation’s best draft-eligible juniors have been making their intentions known. In recent weeks, some of the best-known players in college women’s basketball have declared their draft goals while others have surprised with a decision to return to class.

Here’s a roundup of who’s signing up for a senior season and who’s making the jump up from the college ranks:

Heading back to class

The 2020 Pac-12 Defensive Player of the Year Aari McDonald announced she will be returning to Arizona. The Wildcats were poised to make the NCAA Tournament for the first time since 2005 before the tournament was canceled amid growing concern over the coronavirus outbreak. Dedicating her announcement “#4Pops,” McDonald alluded to the need to finish business after her junior season was cut short. She was named to the All-Defensive Team and the All-Pac-12 Team after averaging 20.6 points per game — first in the Pac-12 in scoring. Additionally, McDonald averaged 3.6 assists and 2.3 steals.

The UConn Huskies’ Megan Walker announced her decision to leave school for the WNBA. Walker became a starter as a sophomore, averaged 12.3 points and earned AAC Third Team honors. As a junior, she was named to the AP All-America First Team, voted the AAC Player of the Year, added to the AAC First Team and designated the AAC Tournament Most Outstanding Player. Averaging 19.7 points, 8.4 rebounds and 2.8 assists as a junior, Walker projects to be a top-five pick.

Chennedy Carter, a sharpshooter for the Texas A&M Aggies, announced she will forego her senior season and vie for a roster spot in the WNBA. In her three seasons as an Aggie, Carter was named to the AP All-America Team every season. She also was named to the All-SEC First Team in three consecutive years. A bona fide scorer who reached double figures in 87 of 88 career games, Carter averaged 20 or more points in each of her three seasons at Texas A&M.