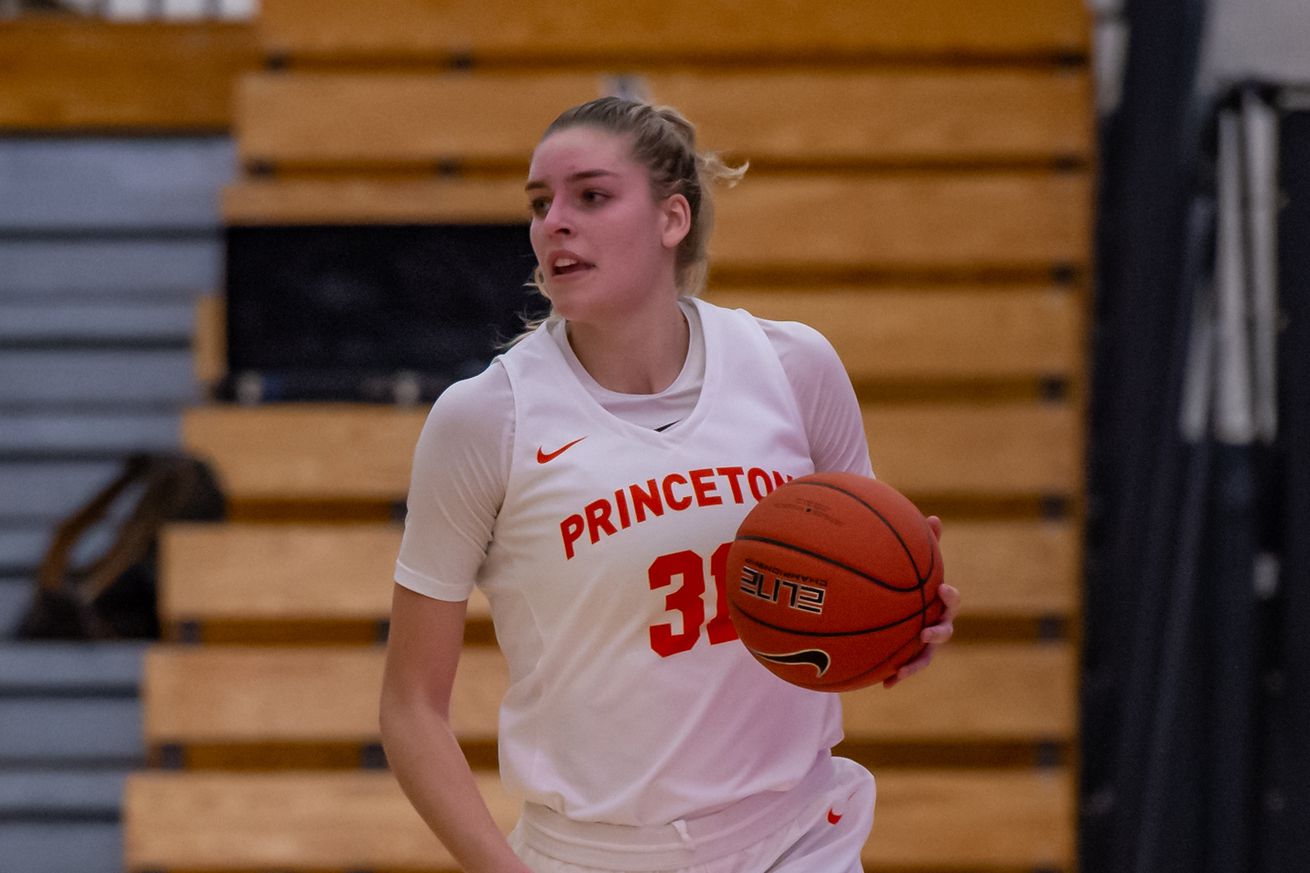 Bella Alarie has led Princeton to back-to-back Ivy League titles, and she’s hungry for another. | Photo by John Jones/Icon Sportswire via Getty Images

Mid-major players tend not to get much love on draft day, but Bella Alarie seems likely to buck that trend in 2020. The skilled forward has led the Princeton Tigers to Ivy League dominance in recent years, and she’ll soon be taking her talents to the WNBA.

For one reason or another, players from mid-major conferences usually aren’t considered WNBA prospects. Perhaps it’s the level of competition relative to that of larger conferences that scares people away, or maybe said players just aren’t as visible as those from the SEC or ACC.

Once in a while, though, the mid-majors produce a player so talented that she is impossible to ignore, and her name becomes routinely mentioned among that year’s crop of first-round draft favorites from “power five” conferences.

In 2020, that player is Princeton’s Bella Alarie: a 6-foot-4 forward with guard skills and a silky shooting touch. She’s led the Tigers to two consecutive Ivy League championships, and with just one loss during the entire 2019-20 season, things are looking good for a three-peat.

That’s not what we’re here for, though. We’re here for the player. Who is Bella Alarie, and what makes her so good?

As a member of USA Basketball, Alarie has won two Silver Medals: one in 2017’s FIBA U19 World Cup and another in the 2019 Pan American Games. She also participated in the 2019 USA Basketball 3×3 Nationals in Las Vegas.

How she helps the Tigers

A quick look at the statistics makes it obvious what Alarie is to Princeton: a go-to scorer who also contributes significantly in rebounding and blocked shots. With a usage rate of 29.4 percent, she’s by far the Tigers’ highest-volume player, and she’s scored 20 or more points nine times this season.

That doesn’t paint the whole picture, though. Injuries kept Alarie on the shelf for a large portion of the Tigers’ non-conference schedule, and she’s played in just 21 total games this season.

Another thing the box score doesn’t explain is what type of player Alarie is — and what makes her so appealing as a WNBA prospect. Sure, she’s tall and can score from the outside (37.5 percent on 3-pointers), but she’s far more than just a “stretch four,” and is plenty comfortable utilizing her size in the post. Check out this smooth fadeaway jumper:

How do you even stop that?

She can move without the basketball, too, as evidenced by this well-timed backdoor cut:

Princeton 9, Brown 0 | 7:31 1st@bella_alarie got the scoring started as the Bears are forced to call time.

Then, of course, there’s the shooting. Alarie is arguably the strongest outside shooter of 2020’s group of frontcourt players, and it’s probably undersold in her numbers considering how much attention she draws from defenses. If they lose her, though, this is a common result:

I mean sure if you want to leave @bella_alarie wide open …

There are other appealing parts to Alarie’s game, too. She rarely fouls (2.2 percent foul rate, per Her Hoop Stats) and rarely turns it over (9.1 percent turnover rate), so even if she’s not directly helping her team with her scoring, chances are she’s not hurting it, either.

Seeing as how the Ivy League Tournament features only four teams, there aren’t many remaining opportunities to watch Alarie play. Most Ivy League games are shown on ESPN+ — and the tournament final will be on ESPNEWS — but the real test for Alarie and Princeton will be in the NCAA Tournament, when they’ll have the opportunity to prove themselves against stronger competition. Those matchups, of course, are TBD.