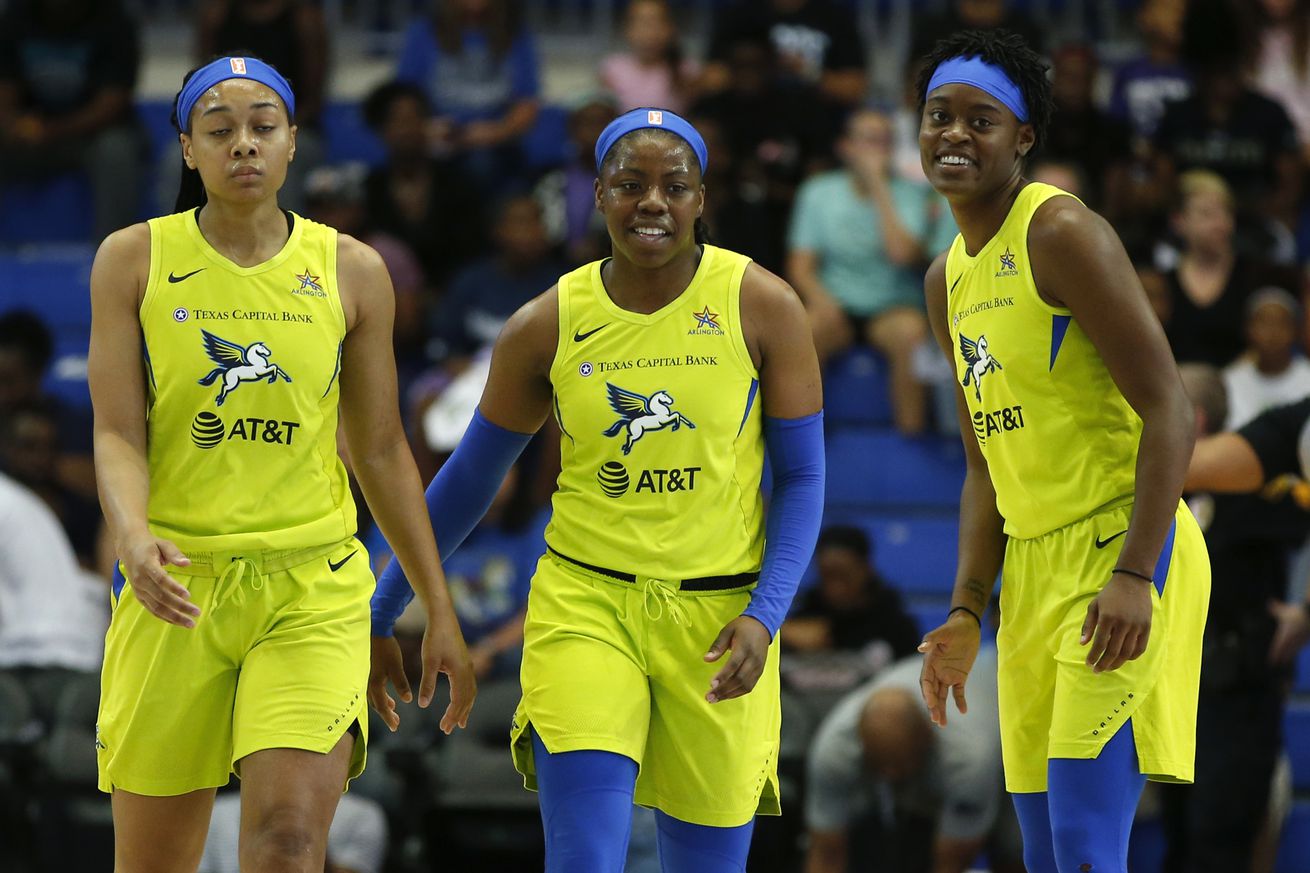 The Dallas Wings have the biggest questions surrounding them after the start of this year’s free agency signing period. What will they do with all their new players? Who’s left to anchor the team and provide veteran leadership?

Dallas is one of the most youthful cities in the country. The metroplex attracts millennia s nationwide with a plethora of job opportunities. The Dallas Wings have truly embodied this during free agency. This spring they’ll likely welcome more former college players from across the country to play in Arlington than any other team. Like the millennial transplants arriving in every day in Dallas, this youthful franchise is looking for a fresh start.

The Wings have been one of the more intriguing off-the-court teams in the past three seasons. Every league has one. So, when news hit on January 27 that Skylar Diggins-Smith wanted out, people weren’t shocked. The writings were on the wall.

Now, a few weeks into free agency, the Wings are nearly unrecognizable to the team that came from Tulsa seven years ago.

Rumblings began when the Wings picked up Arike Ogunbowale in the 2019 WNBA Draft. Fans weren’t sure how she and Diggins-Smith, both former Notre Dame guards, would work together in the backcourt. Now, they’ll never know. After sitting out the 2019 season on maternity leave, Diggins-Smith was sent to the Phoenix Mercury for their No. 5 and No. 7 picks in the upcoming WNBA Draft, and a first-round pick in the 2021 draft.

Glory Johnson then signed with the Atlanta Dream, leaving huge shoes that need to be filled.

Azura Stevens was traded to the Chicago Sky for Katie Lou Samuelson and a 2021 first-round draft pick.

All is not lost.

The Wings have consistently dealt with injuries but hope might be on the horizon. Moriah Jefferson’s highly anticipated return this summer won’t be without questions, however; her stellar rookie season (2016) was followed by injury-riddled seasons the past three years.

Tayler Hill sat out most of the 2019 due to knee surgery. After seven seasons, she’s the only solid veteran on the squad.

Dallas picked up players who had stellar college careers but lack experience in the pros. The roster averages fewer than three years of experience per player. Fans should expect growing pains this season against other teams that have loaded up with champions. Fans have enjoyed the resilient spirit of past Wings teams, perhaps due to the Texas spirit, and the level of talent on prior Wings’ rosters showed hope for the future. However, the team’s front office has created an atmosphere players don’t want to be associated with, which could leave the team perpetually vulnerable to star players seeking exits.

The Wings have picked up a large frontcourt but their backcourt could use size. Arike Ogunbowale has proven herself a future star in the league. The fan favorite anchored the team last season as Diggins-Smith sat out on maternity leave. Head coach Brian Agler believes in the second-year guard and understands he’ll need to surround her with the best. Ogunbowale’s maturity will be her most valuable asset in 2020 as the team transitions to its new era, complete with several new additions.

Ogunbowale will have former Notre Dame teammate Marina Mabrey next to her side, who played her rookie season with the Los Angeles Sparks.

Kristine Anigwe was traded to Dallas in August, and came in swinging. She definitely should see more playing time after the departure of rebounding machine Glory Johnson.

The Samuelsons will enjoy having their daughters in the same city again. Karlie and Katie Lou will be on the same team for the first time since their high school days. The sisters should give the Wings depth behind the arc.

And Astou Ndour could be the X-factor on the inside based on the career season she had with the Chicago Sky in 2019.

Given the restructuring, Kayla Thornton — who had a breakout season in 2019 — is expected to be big for the Wings.

Isabelle Harrison is back as the leading rebounder for the Wings but she’ll need to improve with her 8.6 points per game if Dallas intends to make it into the playoffs.

Imani McGee-Stafford heads into her fifth season and needs to add more to the Wings off the bench. She’s in the perfect situation to be the vet this team needs while also adding to her resume and becoming the team’s second threat in the paint.

Former Gamecock teammates Allisha Gray and Kaela Davis will continue to hold down the backcourt. Gray is now the third leading rebounder and second leading scorer. Her leadership and consistency have been quiet yet unwavering. Davis was inconsistent at times last season but often provided a spark off the Wing’s bench.

Iowa legend Megan Gustafson, who signed a multi-year contract with the Wings, had quite the rookie journey. She still has much to prove as she continues to develop into a low post threat.

As Agler ushers in a new era in Dallas, there are more questions than answers, especially as it pertains to the Wings front office. Fans, however, believe Agler will bring order and restore faith in the beloved young franchise. If they’re right, the Wings will enter their new era in 2020, in earnest.